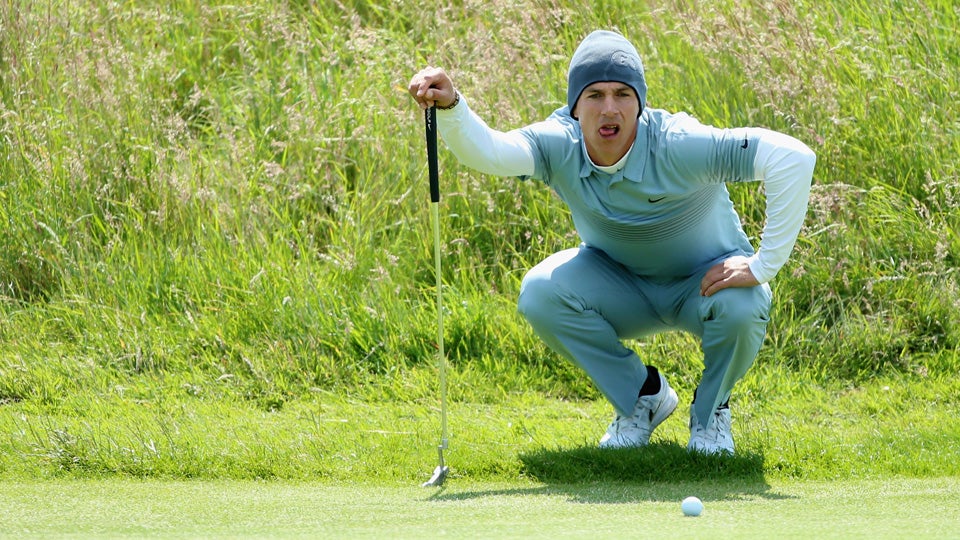 Thorbjorn Olesen of Denmark lines up his putt on the 18th hole during the first round of the Aberdeen Asset Management Scottish Open at Gullane Golf Club on July 9, 2015, in Gullane, East Lothian, Scotland.
Getty Images

GULLANE, Scotland (AP) Thorbjorn Olesen birdied three of his last four holes to shoot 7-under 63 and take a two-shot lead midway through a low-scoring first round of the Scottish Open on Thursday.

The 25-year-old Dane rolled in seven birdies and was bogey-free around the links at Gullane on Scotland’s east coast, a return to form after missing the cut in five of his last six events since losing a playoff for the Mauritius Open.

England’s Matthew Nixon, Spain’s Adrian Otaegui and American Jimmy Walker shot 5 under in benign conditions for the morning starters. Graeme McDowell, the 2008 champion, bogeyed the last two holes for 66 and a six-way share of fifth place.