The Year in Golf: The 6th Annual Travelin’ Joe Awards 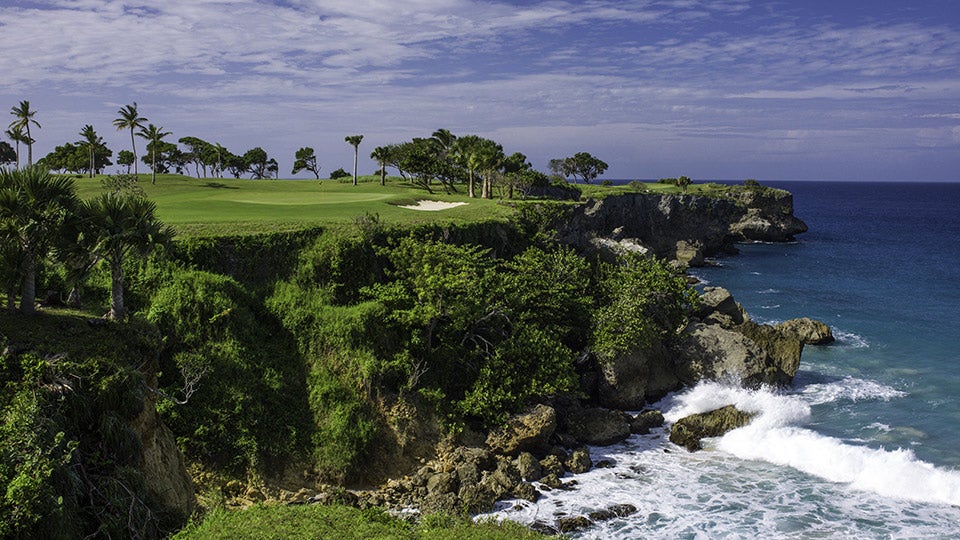 It’s the return of the Travelin’ Joe Awards, my (subjective) remembrances of life on the road over the past year. And the winners are…

Best Use of a Small Space, Part 1

Jay Blasi is known for the design contributions he made to Chambers Bay while working for Robert Trent Jones II. Now he’s pulled off quite a feat of his own, taking the 115-year-old Santa Ana Country Club from the ho-hum, resorty layout it had become and turning it into a Golden Age look-alike and play-alike. The SoCal classic now features creatively contoured greens, firm, fast, rippled fairways, handsome bunkers, and sandy washes that yield provocative strategy options. Credit to Blasi and the club for getting so much out of 125 acres.

I was steps away from Jordan Spieth as he struck his drive to begin his final nine holes at the Masters, holding a five-shot lead. As he left the tee, he motioned to his caddie, Michael Greller, to toss him a water. Greller did, but it was an awkward exchange; as Spieth reached out, the bottle hit his hands, slipped through his fingers and fell to the ground. He then went bogey, bogey, quad—and the green jacket, too, slipped from his grasp. Best Use of a Small Space, Part 2

In February, co-designers Tom Lehman and Tripp Davis took me on a journey around the semi-private Trilogy at Ocala Preserve course they created 100 miles northwest of Orlando. No cliffs, mountains or oceans here—just a remarkable spread on a mere 50 acres, one-fourth of the land typically needed for a regulation course. Ingeniously, the pair devised a boldly bunkered layout with sophisticated greens that can be played a dozen ways, from the Skills Course—with 18 par 3s ranging from 63 to 200 yards—to the Players’ Loop, a six-hole, par-24 course that sports one par 3, four par 4s and one par 5. Good things do come in small packages.

In a word, surreal. That’s how it felt in the U.S. Open press room at Oakmont on Sunday evening. On the heels of Dustin Johnson’s emotional breakthrough major win (coupled with yet another rules controversy), LeBron’s Cavaliers defeated the Warriors in Game 7 of the NBA Finals. Cleveland had its first title in 52 years. You didn’t have to be a native Ohioan (like me) to cheer at the TV screens. What a great day for golf, hoops and Ohio.

The “Better Late Than Never” Award

When I was a teenager, my dad flipped a coin to choose our vacation spot, and Hilton Head won. It took me 40 years to visit the runner-up, Amelia Island Plantation, just north of Jacksonville, and it was worth the wait. The beachside Omni hotel is superb, and so is the underrated golf. The Ocean Links and Long Point courses have drama galore, but I was smitten with Oak Marsh, one of Pete Dye’s early tracks. It’s short, scenic and just plain joyful to play. In other words, it’s Dye before he built major-worthy monsters.

Best Use of a Small Space, Part 3

In August, I was in Utah with Jack Nicklaus for the opening of his Red Ledges Golf Park, a private 12-hole par-3 layout that’s pure F-U-N. Many greens have two cups: one traditional, the other a family-friendly eight inches in diameter. Jack says he borrowed from TopGolf in designing contours that funnel the ball toward the green and at times toward the hole to maximize enjoyment. “At TopGolf, the ball feeds into something,” Nicklaus said. “That’s what I wanted here— lots of holes-in-one.” Neighborhoods don’t come much grittier than Hartford’s North End. So I tip my cap to city leaders, who engaged former Greg Norman associate Matt Dusenberry and his team to renovate its Keney Park Golf Course. With a front nine crafted by Devereux Emmet in 1927, the layout is the centerpiece of one of America’s first public parks, designed by the Olmsted Brothers (whose father designed Central Park). The refurbished track is worth playing on its own merits, and teeing it up on a course that’s breathed new vitality into a long-depressed area—well, it’s good for the soul.

Design Nerd Moment of the Year

I teed it up with 10 different architects in 2016. Most enlightening was a pairing with Rees Jones and Ron Whitten at Playa Grande in the Dominican Republic. Rees, aka “the Open Doctor,” had recently transformed his father’s Caribbean resort design into a special seaside experience. Ron is the dean of architecture writers, and he shares co-design credit for 2017 U.S. Open venue Erin Hills. Now, I know a thing or two about golf architecture, but spending time with these two fine minds gave me an idea how Salieri felt in the presence of Mozart.