The Newly-Restored Copperhead Course Will Still Be A Player Favorite 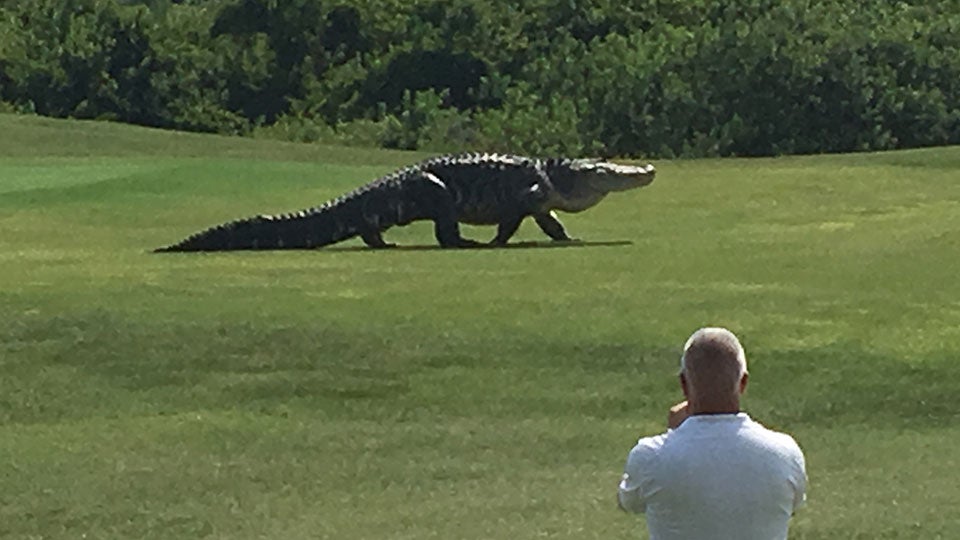 Innisbrook Golf and Spa Resort’s Copperhead course, host to this week’s Valspar Championship, has always been well-respected. It was Ernie Els, however, that propped up Copperhead to elite status.

“This is probably Florida’s best golf resort,” Els gushed exactly ten years ago in a pre-tournament blog, adding “and I personally think the Copperhead layout is the best course that the PGA Tour visits in Florida. It has lots of character, some nice design features and, unlike a lot of courses in the area it has some significant changes in elevation.”

In 2010, when I asked Copperhead architect Lawrence Packard to comment on Els’ flattering portrayal, Packard responded with the short, straight truth that comes with being 98 years old: “I think he’s right.”

Packard passed away in January 2014 at age 101. His legacy lives on most prominently via Innisbrook’s Copperhead, which is fresh off a six-month, $4.5 million restoration. It’s primed and ready for its PGA Tour close-up.

After six months under the knife, Copperhead reopened in early December 2015. The 44-year-old course had undergone a handful of facelifts over the years, but this one was the most thorough. All of the fairways and roughs were re-grassed, each of the greens was rebuilt and re-grassed and bunkers were reconfigured back to Packard’s original specs. By switching to Celebration Bermuda in the fairways, players will find more consistency in lies and fans will notice a greener sheen. The new TifEagle Bermuda greens will putt more smoothly and by expanding them back to their original sizes, they’ll accommodate hole locations not seen in years. Of equal significance, the resort installed a new irrigation system that added 500 more sprinkler heads, vastly improving coverage, yet by virtue of their technology-fueled efficiency, will save 11 million gallons of water per year from what the old system provided.

Make no mistake, this was a restoration, not a renovation. Not a single hole was lengthened. Copperhead didn’t need it. It ranks annually among the PGA Tour’s 10 toughest tracks and 2015 was no exception, when it played to a stroke average of 71.863, or 0.863 strokes over the par of 71 for the field. In 2013, that number swelled to 1.222 strokes over par. Yet, none of the PGA Tour players gripe about Copperhead’s difficulty. Instead, they rave about the course. It’s pretty simple why Copperhead soars: Perhaps no course on tour epitomizes the notion of “tough, but fair.”

Stewart Cink has noted, “This course could host a U.S. Open.” Two-time U.S. Open champ Curtis Strange once stated, “If I could only play one course the rest of my life, it would be Copperhead. It has that much character.” Added Paul Azinger, “It’s the best course we play on Tour.” Copperhead will play 7,340 yards, just as it did in 2015. The only design tweaks you’ll see are the new staircase bunkers up the fairway’s right side at the 18th, the addition of a bunker to the left of the green at the par-4 12th and a handful of bunkers that were reconfigured or relocated to accommodate today’s driving distances. And that’s it. It already had all the golf required to test the best. Just ask defending champion Jordan Spieth.

“The course plays longer than the yardage, no doubt about it,” said Spieth ahead of last year’s event. “But I enjoy the challenge…You have to work the ball both ways here. It requires all sorts of shots, punch shots, launching it in the air and obviously some discipline on the greens.” What Spieth points to specifically as the wellspring for much of Copperhead’s menace is the greenside rough. “The rough is really sticky,” said Spieth, “and if you’re a foot off the green, that’s as tough as it gets, because the rough is not quite high enough and thick enough to where you just play like a bunker shot and it’s not thin enough to where you can hit a normal chip. You’ve got to almost feel your way through and try and judge it perfectly. Greens in regulation will be a very important stat.”

Innisbrook’s Copperhead resembles Carolina mountain golf, with unusual elevation change for this part of the world, and with holes framed by towering pines. Yet, it’s blessed with Tampa, Florida weather, making for a rare and appealing combination. Aesthetics is certainly a major part of Copperhead’s popularity among the PGA Tour greats. Undeniably, however, what elevates Innisbrook is its purity as a test of golf, with no frills, no gimmicks, just a series of stern driving holes, bold bunkering and elevated, mildly contoured greens. That may not be the trendiest combo in modern course rankings, but when you have a layout that rewards the week’s best ball-strikers and shot-makers, it’s easy to see why so many pros rank Copperhead their favorite.