The Course I’m Thankful For: A transition out of tennis in Ohio 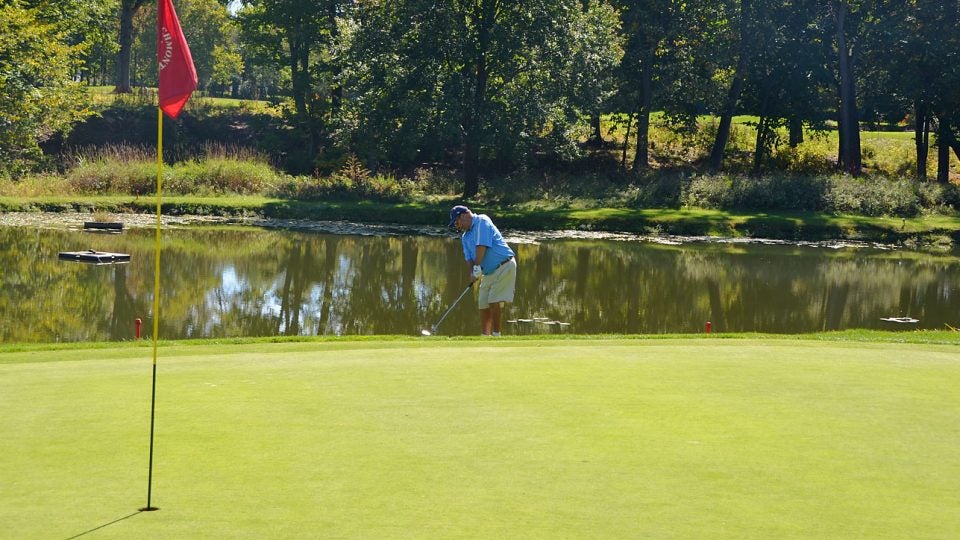 This is the sixth installment in our 11-part “The Course I’m Thankful For” series, in which we asked GOLF.com staffers to wax lovingly about the first course that stole their hearts. Be sure to check back daily to feast on a new essay — or simply binge-read them all when you awake from your turkey coma. Happy Thanksgiving!

Beechmont wasn’t the first course I ever played — it was the third — but it was definitely my first love. As a kid in the ‘70s, I played clay court tennis at the country club in suburban Cleveland, Ohio, where my family belonged. I spent hours and hours sliding atop the greenish granules, arriving just in time to topspin a forehand or slice a backhand. Beechmont’s par-5 10th hole unfolded over tumbling ground next to the tennis courts, but its grasses, blue and bent, might as well have been in another city. We just didn’t go there.

Then one early fall afternoon when I was 12, my dad asked my sister and I if we wanted to play Beechmont. Are you kidding me? Play the forbidden “big” course? Uh, YEAH!

I had walked parts of it two years before, when Jack Nicklaus, Arnold Palmer and Lee Trevino, among others, had competed in the PGA Tour’s 1971 Cleveland Open. I knew of its reputation: Palmer had captured the ’63 Cleveland Open there. I wasn’t much of a player at age 12, but I did play a little, with varying degrees of success at our poker table-flat, local nine-hole par-3 course, Locust Grove.

And then there we were on the first tee at Beechmont. This was greatness. Vast, long avenues of golf went down and up. The par-3 3rd featured an all-carry plunge to a green on the other side of a pond and creek. Bunkers the size of my mom’s car guarded the greens. Huge trees shaded the fairways. I wasn’t good that day — and my sister Lori memorably started 10-9-3-10-10-9 — but I knew I wanted more of this. I got my share, but it was never enough. I was still playing too much tennis. I’m happy to say that I won the Junior Golf Club Championship there in 1978, a perfect going-away gift from my first love.

We moved to Arizona shortly thereafter. It wasn’t until then that I learned that Beechmont sported the Golden Age handiwork of Stanley Thompson, Canada’s greatest architect, the man who mentored Robert Trent Jones Sr. and who crafted Banff, Jasper and St. George’s. His design brilliance would spoil me for life. At 12 years old, however, all I knew was that Beechmont was sacred ground. For me, it still is.