The Course I’m Thankful For: A rumpled links in England 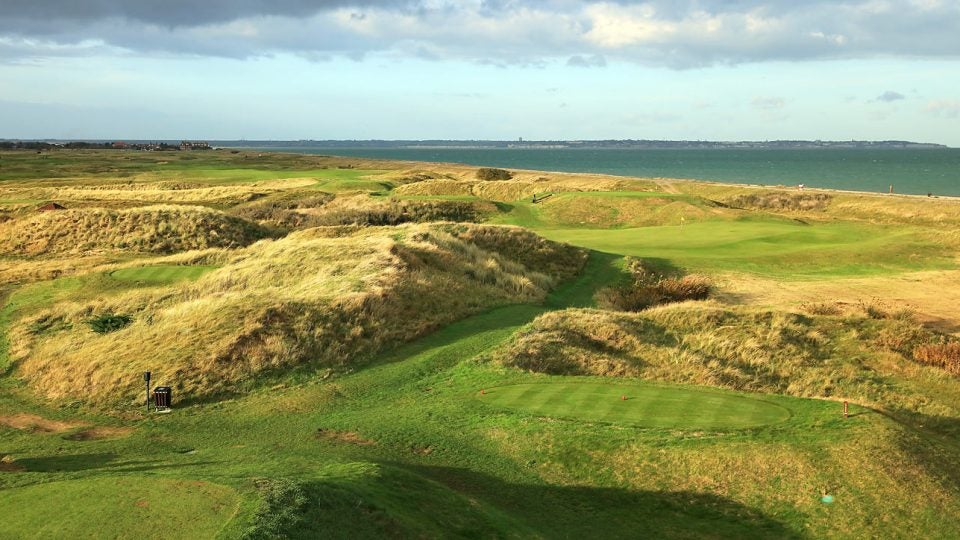 This is the fourth installment in our 11-part “The Course I’m Thankful For” series, in which we asked GOLF.com staffers to wax lovingly about the first course that stole their hearts. Be sure to check back daily to feast on a new essay — or simply binge-read them all when you awake from your turkey coma. Happy Thanksgiving!

A few years ago, Ed Rendell, the former mayor of my city, told me (for a story), “In Philadelphia, we tend to fall in love with our quarterbacks quickly, and fall out of love just as quickly.” He was speaking of Nick Foles. Nick who, right? And that is how I am with golf courses – except for the fall-out-of-love part.

The first course I ever loved was the public course in Bellport, Long Island, but love may be too strong. It was my home course. Where I learned to play. The first private-club course I ever loved was National Golf Links of America, in Southampton, L.I. But as the first girlfriends tend to say, “This isn’t love. This is obsession.” (I will go down swinging in protest.)

Of this I am sure: the first links golf course I ever loved was Royal Cinque Ports, on the Kentish coast of England, the shimmering English Channel in the near distance, the shores of France beyond the brackish seas. I first went to RCP in July 1985 to caddie for a young pro from New Jersey named Jamie Howell, who was on his honeymoon and trying to qualify for the British Open, which was being played next door, at Royal St. Georges. Jamie played his bottom off and got into that Open, won memorably by Sandy Lyle. (The streaker, Sandy’s play, fierce weather.)

But of the two courses, Royal Cinque Ports – aka Deal, for the seaside town in which it sits – made the bigger impression on me, maybe because I got there first. Plus, the head pro there, Andy Reynolds, has the charisma of a movie star. The course is flat by comparison to RSG, but you don’t have many even lies. It is hard in every way and there’s not a tree on it. I’d never seen such a naked course. The ball tumbles, the land tumbles, you tumble. (In subsequent years, after those ’85 trips around it as a caddie, I have played it maybe four or five times.) The clubhouse is white rock and storm-proof. The turf is tighter than … complete the sentence as you wish. (The shrink-wrap covering airport fruit?) The flagsticks can withstand Force Five winds, or whatever those fierce gusts are called. I played there once with my comically profane friend Mike Donald and he said, referring to Royal St. Georges, “I don’t know what they have next door, but there’s no f—–g way it’s harder than this m———–g course.” Hard but fun.

There’s a tiny little inn on the course called The Chequers. It’s bare-bones and excellent. Chaucer is still hanging out at its pub. Big Jack was at the bar one night, lifting a pint with his missus and their friends, people saying hi to him but causing no fuss. Memory of course moves reality. I have lost many balls at Deal (it’s the gorse). I cared greatly then but can’t recall the pain now. The wind in my face I can still feel. I can remember thinking, “Does it ever help?”