The Course I’m Thankful For: A Hollywood ending in Wisconsin 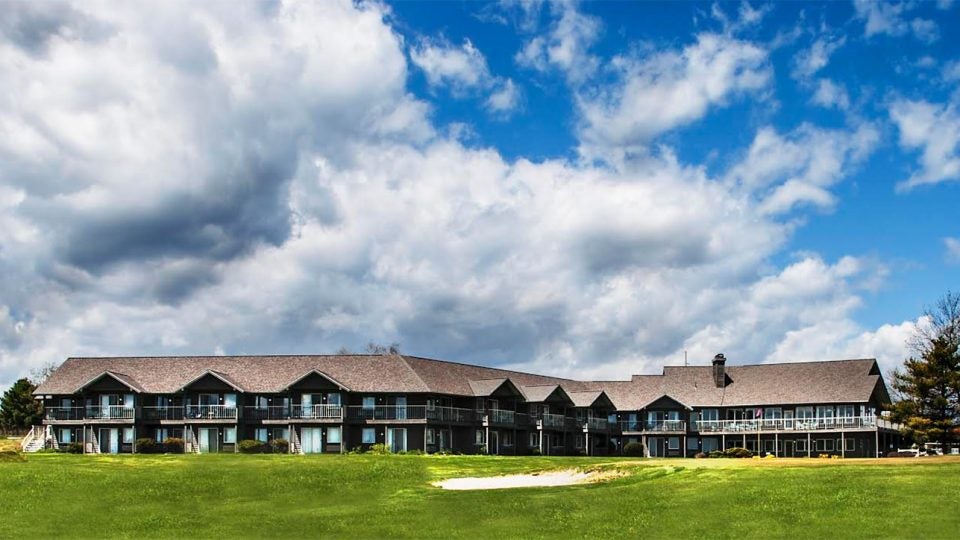 This is the 10th installment in our 11-part “The Course I’m Thankful For” series, in which we asked GOLF.com staffers to wax lovingly about the first course that stole their hearts. Be sure to check back daily to feast on a new essay — or simply binge-read them all when you awake from your turkey coma. Happy Thanksgiving!

My golf course infatuation is like the plot from a rom-com. It took a couple semesters away from home to realize the one I loved was right in front of me the entire time – the golf equivalent of a Ryan Reynolds hit. That course was Cherry Hills.

Cherry Hills is the public track in Sturgeon Bay, Wisc., 44-degrees latitude, where the golf season typically lasts five months. The tiny course tips out at 6,200 yards and sits between orchards, forests and cornfields in Midwest Countryland, USA.

This much should be clear: Cherry Hills doesn’t receive many accolades. But without a driver’s license, Cherry Hills was all we had, so we’d cough up $10 twice a month to spank shots around its hairy fairways nine holes at a time. This was the mid-2000s, that idyllic time when the golf industry grew and grew toward its great inflection point.

That point — the recession of 2008 — was not kind to Cherry Hills. It wasn’t kind to any course, really, but the tiny, inland, public track in shivery Wisconsin was already treading uphill. Now it was helpless. Sturgeon Bay’s golfers drove in every other direction, the course’s value plummeted and it was foreclosed upon by the local bank.

This rom-com needs a happy ending! Well, there I sat, four semesters into a degree at the University of Wisconsin, struggling to finish my History 225 textbook when I heard about the foreclosure. My business-student roommate sat across the table as I texted source after source, pining to find the going rate — $2 million. That’s it? For a golf resort? Exams be damned, we had a new obsession: purchase Cherry Hills.

We pushed the textbooks aside to organize a staff list. Head Pro was settled; we had a friend who had just landed an internship at Erin Hills. The communications department was covered (check that byline). Our future CFO was putting the finishing touches on his finance degree while serving as president of the Wisconsin Evans Scholar House. Our future GM grew up sweating for Cherry Hills, picking the driving range and gassing up golf carts. A perfect fit.

Sure, we were $1.99 million short of our goal, but the dream continued. Two weeks later, I found myself driving around a snow-covered Cherry Hills, visualizing additions to the clubhouse and halfway house. I also mapped out expansions to every hole, which would extend the track to 6,500 yards.

We figured we’d need about 10 years to complete our bid. By then our founding group would have established careers, plenty of business acumen and – with any luck – enough cash saved up to at least get a bank’s attention.

But we never got that decade to prepare. In July of Year 4 (2016), a partnership group purchased Cherry Hills. The lead owner, Jon Martell, was a former caddie master at Liberty National, and he has slowly transformed the course for good. He began by hand-picking stones from the sand traps. He purchased new mowing equipment. He installed new markers and hole signs at the tee boxes.

Soon a fresh fleet of carts arrived, along with 150-yard posts on the par 4s and 5s. Martell re-carpeted the clubhouse floors, repainted the walls and added that bit of fresh polish that simultaneously scrubbed away some of the old, faded Cherry Hills I once knew.

Today I don’t own my favorite course — and the value is only increasing! — but just like a good rom-com, I’ll keep coming back, and each time I’ll love it more.