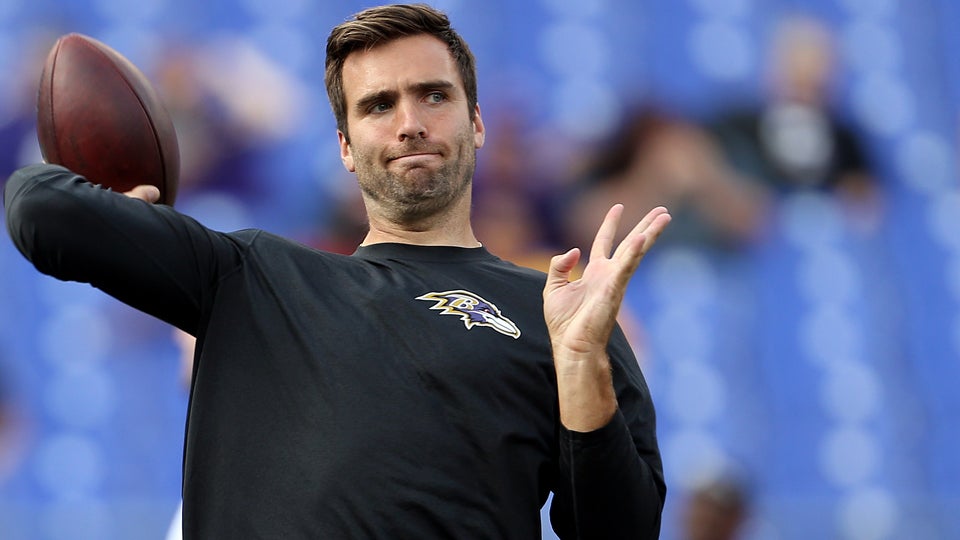 Joe Flacco has spent eight seasons in the NFL, all of them with Baltimore.
Matt Hazlett / Getty Images

Two star NFL quarterbacks are better than one.

According to a report from the Baltimore Business Journal, Baltimore Ravens quarterback Joe Flacco is teaming up with former QB and current ESPN analyst Ron Jaworski to acquire Ramblewood Country Club in Mount Laurel, N.J.

Flacco is a Audubon, N.J., native, which is less than 20 miles from the course. Ken Kochenour, Ira Lubert and Peter Slack are also joining Flacco and Jaworski as partners, according to the report.

Financial terms of the purchase were not available. Ramblewood, which will undergo extensive renovations to begin 2016, is the seventh course owned by Ron Jaworski Golf, which has turned into a successful business venture for the Philadelphia Eagles Hall-of-Famer.