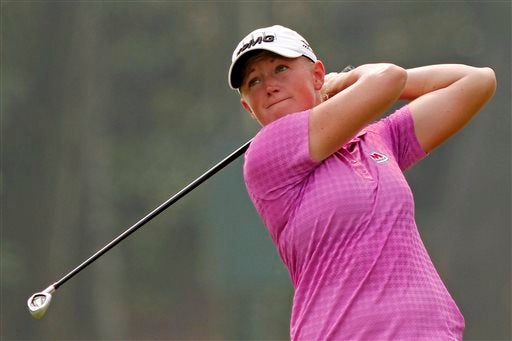 Stacy Lewis shot an eight-under 64 in the second round.
AP Photo/Lai Seng Sin

CHONBURI, Thailand (AP) — Stacy Lewis shot an unblemished round of 8-under-par 64 for a three-shot advantage over Amy Yang after the second round of the LPGA Thailand on Friday.

Lewis, the world No. 3, enjoyed four straight birdies from hole Nos. 4-7, plus four more on the back nine, to produce a two-day total of 14-under 130. She also led at Siam Country Club at the halfway stage in 2013, and finished third.

”It really was a pretty easy day,” Lewis said. ”I didn’t cause myself too much stress.”

Yang shot five birdies and eagled the par-5 10th in a 66 to lie at 11 under overall. She has three top-five finishes in her last four tournaments.

Four players were another three shots back at 8 under: Germany’s Caroline Masson, South Koreans Jenny Shin and Mirim Lee, and Thailand’s Ariya Jutanugarn. 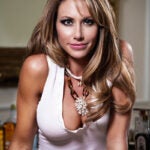 You may also like Most Beautiful Women in Golf 2015

Former world No. 1 and two-time champion Yani Tseng of Taiwan, an overnight leader with Lewis and Brittany Lang, carded 72 to drop to 6 under, while Lang shot a 73 to be at 5 under.