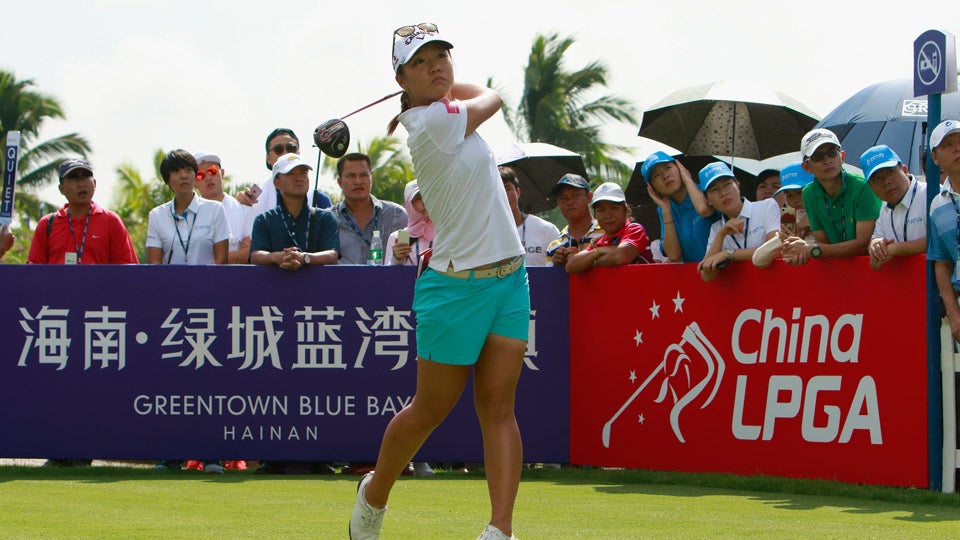 Lydia Ko struggled to a 75 in the second round in China.
Getty Images

Kim made a 3-foot birdie putt on the par-5 18th for an even-par 72 in difficult conditions along the South China Sea at Jian Lake Blue Bay.

The 22-year-old Kim had a 2-under 142 total. She won playoffs this year in the Bahamas and Hawaii in events also played in strong wind on tropical seaside layouts.

”I like the windy weather because I’m using a lot of skills and low cut shots,” Kim said.

The 19-year-old Lin opened with a 67 to take the first-round lead and was 7 under and five strokes ahead after five holes. With her family watching in the tour’s only event in China this year, she bogeyed eight of the last 13 holes for a 77 that left her two strokes behind.

She was one of many to struggle on a day when only five off the 78 players broke par and the scoring average soared to 75.464.

Top-ranked Lydia Ko was tied for 47th at 8 over after a 75. She opened with a 77, her highest score since a career-worst 80 in high wind last year at Royal Birkdale in the Women’s British Open.

Ko won the LPGA Taiwan by nine strokes Sunday to regain the No. 1 spot from Inbee Park. The 18-year-old New Zealander has a tour-high five victories, winning three of her last five starts.

The second-ranked Park withdrew because of pain in her left middle finger after a first-round 75. The South Korean player has four victories this year, winning two of the five majors.

Norway’s Suzann Pettersen had the best round of the day, a 3-under 69 to jump from a tie for 22nd to a tie for second at 1 under with Taiwan’s Candie Kung and Americans Ryann O’Toole and Austin Ernst. 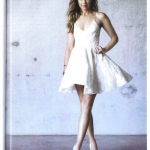 You may also like Model Swing: The Best Photos of Paula Creamer

Kim was excited about playing alongside the 34-year-old Pettersen, her favorite player growing up.

Kim said last week that one of her season goals was to win three times.

”I think good position now, good opportunity come to me,” Kim said. ”So, I want to catch this opportunity. But I have to be patient because the past couple tournaments, I was like too greedy.”

Ernst followed her opening 68 with a 75. She had a chance to tie for the lead on the final hole, but failed to get up-and-down for birdie from just off the green.

”I think we’re just kind of hanging in there,” Ernst said. ”I was 3 over through four, shot 3 over. That was with a few putts that could have been made coming in. Kept myself in the tournament. Didn’t let it get away from me. One back going into the weekend.”

”You really have to hit it solid in the wind, and then the greens are firm,” Ernst said. ”They are starting to bake out even more with the wind. Downwind, especially, you’ve got to be really careful.”

”It was really tough,” Kung said. ”We were just battling out there, counting down the holes.”

The 34-year-old former Southern California player won the last of her four tour titles in 2008.

China’s Shanshan Feng was 4 over after a 75. She has four career LPGA Tour victories.

Michelle Wie also was 4 over after a 72.