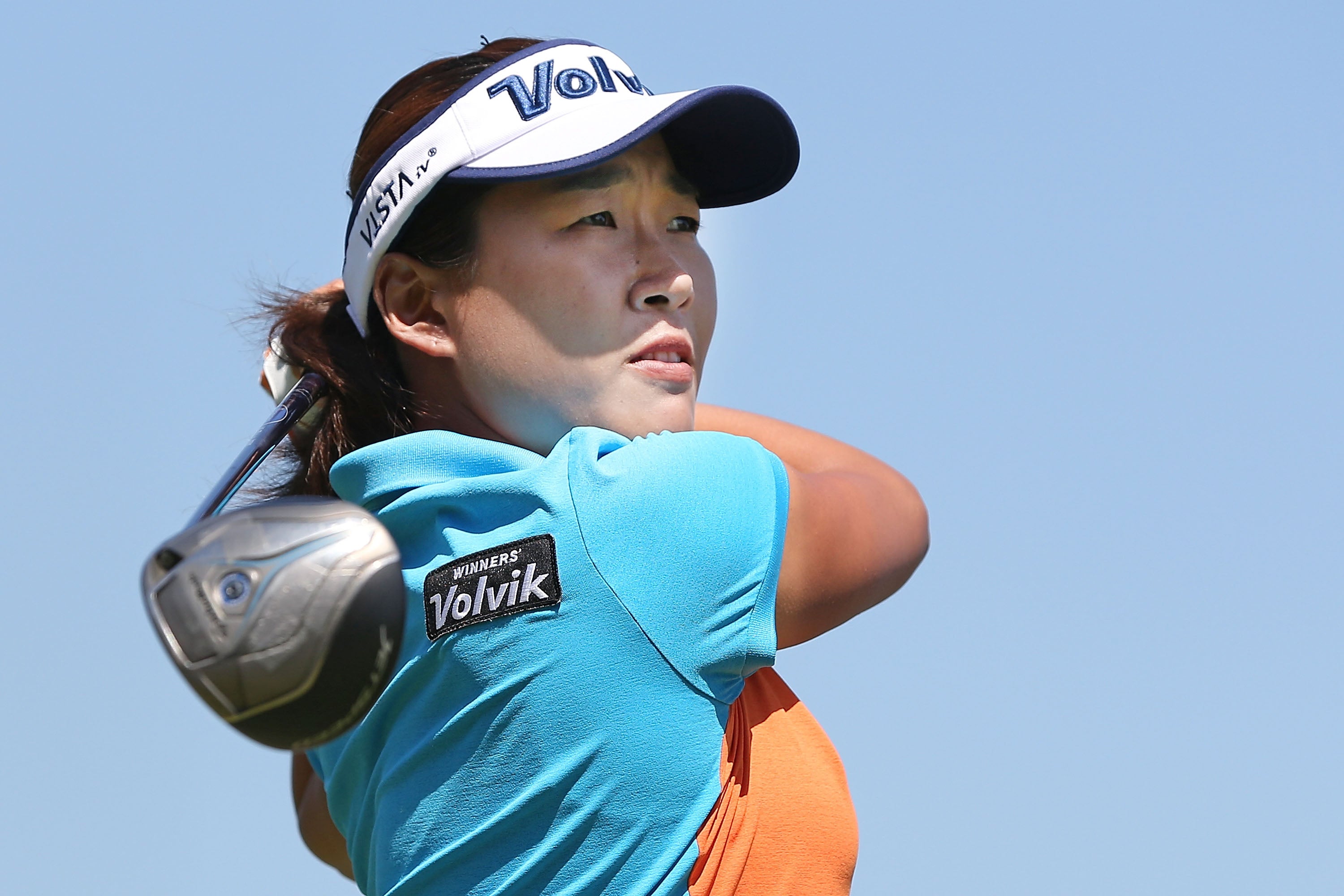 South Korea's Ilhee Lee hits a tee shot on the 18th tee during the first day of the LPGA Australian Open at Royal Melbourne Golf Course on Thursday in Melbourne, Australia.
Getty Images

MELBOURNE, Australia (AP) South Korea’s Ilhee Lee took advantage of calm morning conditions at Royal Melbourne to shoot a 5-under 68 and take a one-stroke lead after the first round of the Women’s Australian Open.

Lee had four back-nine birdies while Ariya Jutanugarn bogeyed her final hole to finish with a 69. The 19-year-old Thai earned a spot in an LPGA tournament in Thailand at the age of 11, making her the youngest player to qualify for an LPGA tournament.

New Zealander Lydia Ko, playing her second tournament as world No. 1, shot 70 and was tied for third with Canadian Alena Sharp and South Korea’s Kwak Min-seo. The 17-year old Ko’s round included an eagle on the par-5 14th where her 25-foot putt dropped for a three.

Charley Hull and Melissa Reid of England, American Brooke Pancake and Gwladys Nocera of France were among a group of six tied for sixth with 71s, three strokes behind Lee.

Defending champion Karrie Webb, a five-time winner, had a 73 while South Korean-born Australian Su Oh, who won last week’s Australian Ladies Masters in only her second start as a professional, birdied her opening hole but then slumped to a 79. English veteran Laura Davies shot 81.

Lee said she only made a late decision to come to Melbourne after her coach, World Golf Hall of Fame member Sandra Haynie, convinced her she had the game to contend on a course where she missed the cut in her only previous sandbelt appearance in 2012.

”It’s good to see how improved my golf is this year . because I was here in 2012 (and) how I see the golf course at that time and now is totally different,” Lee said.

”I see the right thing first, I see how I manage the golf course better and then my drive’s better than then and swing’s got better, putting’s better, everything’s much better than that time.”

Jutanugarn, who had seven birdies and three bogeys Thursday, has had a hot start to the year, finishing tied for 11th in the opening LPGA event in Florida before a playoff loss in the Bahamas two weeks ago.

”I have to keep on that roll. I really want to keep it,” she said. ”I have a lot more confidence now.”

Ko said it was important to get a good start on such a difficult course.

”I tried to stay patient,” Ko said. ”I didn’t hole that many putts but I didn’t make that many mistakes either, so that’s important.”