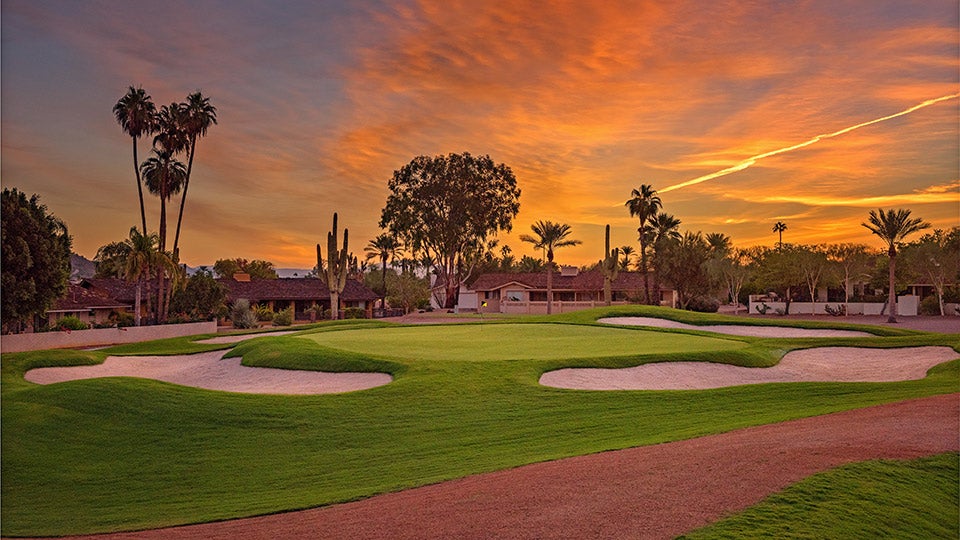 In its late 1970s heyday, Mountain Shadows Resort was a Phoenix-area icon. Nestled into the base of Camelback Mountain in tony Paradise Valley, on the edge of Scottsdale, Mountain Shadows was one of only 11 resort hotels in the U.S. to earn a Mobil 5-star rating in 1979. Its guestbook featured high-wattage names such as Bob Hope, John Wayne and Sammy Davis, Jr. The property’s par-56 executive course hosted a fun silly-season event that drew PGA Tour winners like Tom Weiskopf, Tom Purtzer and Howard Twitty. In 2004, though, the good times ended, and the hotel was shuttered, with the course closing a few years later.

Fast-forward to today: Mountain Shadows is back.

In February, a brand-new, 183-room boutique resort opened, complete with luxury condos and event space. The best amenity of all? The Short Course, a 2,310-yard, par-54 layout comprised of 18 par-3 holes each measuring 86 to 195 yards from the back tees. Originally a 1961 Jack Snyder creation, it was redesigned by his protégé, Forrest Richardson, who, as an homage to his mentor, kept most of the routing intact. Yet Richardson made sure to give the layout his own design flourishes in the form of a dazzling array of green complexes. Some mimic classic holes, notably the “Biarritz” fourth hole, the “Punchbowl” 10th, and the “Dell” 14th. Others are Richardson originals.

When you pair the inspired green complexes with views of Camelback Mountain and Mummy Mountain, you’re left with two enjoyable hours of desert golf. What’s more, the course is walkable and friendly to all skill sets.

The Short Course has already won over new fans, including Tour winner Tony Finau and Arizona Cardinals star Larry Fitzgerald. At history-rich Mountain Shadows, these are the good old days.