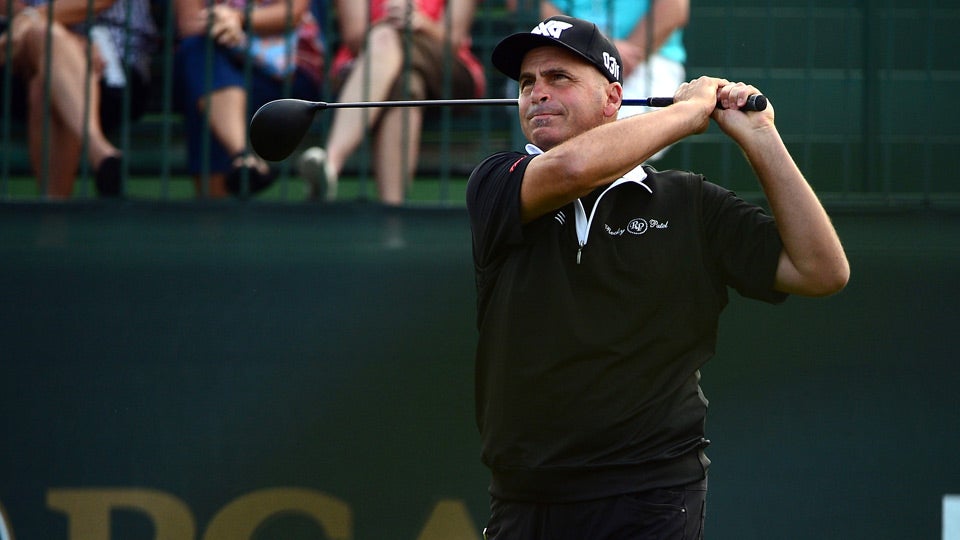 Rocco Mediate set a Senior PGA Championship record with a 62 in the first round.
Getty Images

BENTON HARBOR, Mich. (AP) — Rocco Mediate played the first 13 holes in 9 under and closed with five pars for a 62 to match the Senior PGA Championship and Harbor Shore records Thursday.

Taking advantage of greens softened by overnight rain, Mediate matched the marks set by Kenny Perry in the 2012 final round.

The 53-year-old Mediate capped a front-nine 29 with an eagle on the par-5 ninth and added birdies on the par-3 11th and 13th holes at Jack Nicklaus-designed Harbor Shores.

Gene Sauers had a bogey-free 63. Mike Goodes shot 64, and Kenny Perry, Kirk Triplett and club pro John DalCorobbo were another stroke back. Perry played alongside Mediate and two-time defending champion Colin Montgomerie, who had two late bogeys in a 67.

Bernhard Langer, fresh off the 100th victory of his career – at a major, no less, at the Regions Tradition in Alabama, opened with a 69. The 58-year-old German is going for an unprecedented sweep of all five PGA Tour Champions majors.