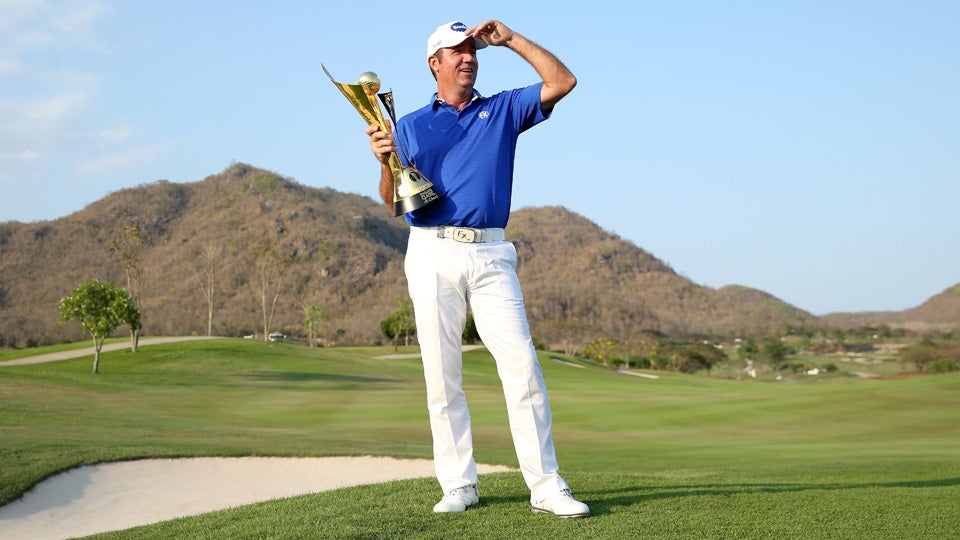 Scott Hend of Australia celebrates with the trophy after claiming victory during the final round of the Thailand Classic at Black Mountain Golf Club on March 13, 2016, in Hua Hin, Thailand.
Getty Images

HUA HIN, Thailand (AP) Scott Hend of Australia shot a final-round 68 to beat Piya Swangarunporn of Thailand by a stroke to win the Thailand Classic at the Black Mountain Golf Course on Sunday.

Hend rolled in five birdies against one bogey for an overall total of 18-under-par 270 to win his second European Tour event.

The win marked the 43-year-old golfer’s second Asian Tour title in Thailand after the 2013 Chiang Mai Classic and the eighth on the Asian Tour.

Piya, 32, enjoyed his best result on the Asian Tour after he shot a tournament record 63 on Sunday that included seven birdies and an eagle on the 10th to finish one back.

”Today was one of the best rounds I have ever played,” said Piya. ”Everything about the game was good and it all came together for me. It is a big day for my career and I hope to play more big tournaments like this one in the future because this week has given me a lot of confidence.”

Thomas Pieters of Belgium was three strokes off the lead after final-round 68 for a 15-under 273.