RSM Classic Will Be Decided With Four-Man Playoff Monday Morning 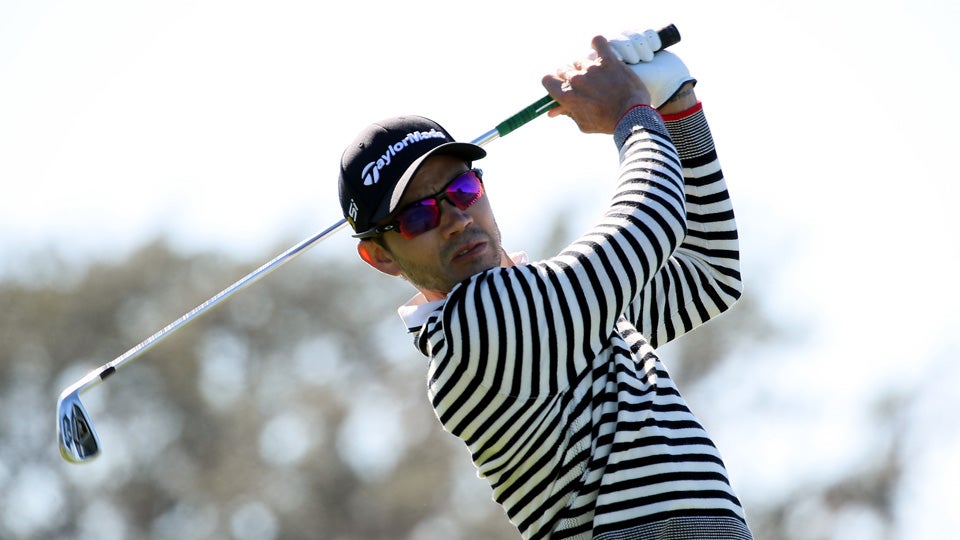 Camilo Villegas is among the four golfers still alive in the playoff at the RSM Classic.
Getty Images

ST. SIMONS ISLAND, Ga. (AP) — Billy Horschel thought he hit the winning putt, taking quick steps to the right to watch the ball track toward the cup only for it to burn the left edge.

No problem. He’d get another chance in the five-man playoff at the RSM Classic.

Except that he didn’t.

In a shocker Sunday at Sea Island, Horschel’s routine tap-in from 2 feet missed to the right on No. 18 and he was eliminated from the playoff. One hole later, with the other four players unable to make a putt in the dark on the 18th green, the final PGA Tour event was suspended until Monday morning.

Mackenzie Hughes, the 25-year-old Canadian trying to become the first rookie to go wire-to-wire in 20 years, had a 10-foot birdie putt on No. 18 on the second extra hole and it turned away to the left. It already was plenty dark, and there was no chance to play another hole.

Hughes, Blayne Barber, Camilo Villegas and Henrik Norlander were to return at 8 a.m. Monday to resume on the par-3 17th.

“I missed it. That’s pretty much what it came down to,” Horschel said after walking off the 18th green. “I took my time and just blocked it.”

But he wrote on Twitter a few minutes later, “I didn’t take my time over that short putt.”

Either way, he was headed home to Florida feeling empty. He hasn’t won since the Tour Championship in 2014 to capture the FedEx Cup, and at No. 76 in the world, he is not yet eligible for any of the majors next year.

That includes the Masters. And a trip to Augusta National is a big perk for whoever wins on Monday. That’s not all that’s at stake.

Norlander and Villegas don’t have full status on the PGA Tour this year – Norlander received a sponsor’s exemption – and a victory would take care of that. Hughes began his rookie season just six weeks ago and has a honeymoon planned in the offseason. Barber is going for his first PGA Tour victory.

All of them had their chances, and none had any real regrets over the final hour.

Hughes narrowly missed birdie chances on the 15th and 16th holes, but holed a 5-foot par putt on the 18th in regulation for a 1-under 69 to join the playoff.

Norlander, who closed with a 65, stuffed a 9-iron into 3 feet on the 18th in regulation and was the first to reach 17-under 265. Barber ran off back-to-back birdies on the back nine, and he had a 12-foot birdie attempt at the 18th that he missed on the low side. He shot a 66.

Villegas played the best coming down the stretch. Two shots behind with three to play, the Colombian hit an aggressive drive on the par-4 16th that set up wedge for a short birdie, then holed an 18-foot birdie putt from the fringe on the par-3 17th to tie for the lead. He finished with a 6-foot par on the 18th for a 68.

It was the largest playoff on the PGA Tour since Alex Cejka won a five-man playoff in Puerto Rico in 2015.

Hughes had the best chance at a birdie on the 18th over the two playoff holes, though it wasn’t as easy as an ordinary 10-footer, not with darkness setting in.

“I almost contemplated waiting for tomorrow morning with that putt, but everyone was going,” he said. “It’s tough. But again, everyone’s doing it, so it’s fair for everybody. … I played the ball outside left and it went right, and then at the end it went left and I couldn’t see it. I mean, I can’t see anything right now.”

Norlander was happy to still be playing. His tee shot on the second playoff hole stopped a foot from the hazard, and he managed to gouge it out of thick grass and over a tree to the green for a two-putt par.

Villegas kept making putts until he couldn’t see them. After all his hard word to get into the playoff, he had a tough putt from just over 4 feet in the dark to stay in the playoff and he poured it in the middle.

“You have a chance to win a PGA Tour event, and I’m sure everybody has no problem coming at 8 a.m. and just teeing it up,” Villegas said.

No one else was close to joining the playoff. Jim Furyk had a 67 and was part of a large group at 14-under 268. That included C.T. Pan of Taiwan, who faced a longer day than even the players who had to return Monday.

Pan left after the tournament to catch a flight from Savannah to New York, then New York to Hong Kong, and then a connection to Melbourne where he was to arrive Tuesday night in Australia for the World Cup.