Rory McIlroy 1 Back Entering Final Round at Turkish Airlines Open 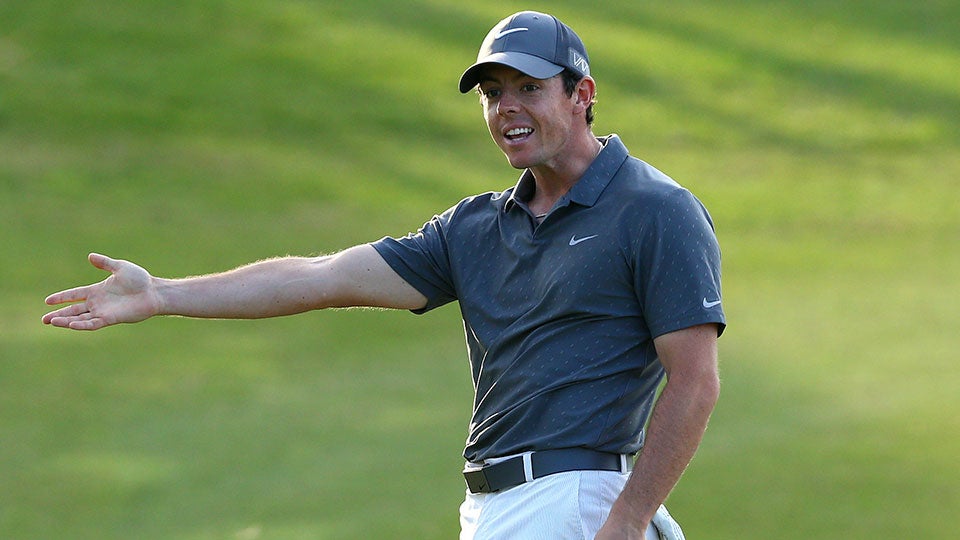 Rory McIlroy of Northern Ireland gestures after leaving a long range putt short on the 18th green during the third round of the Turkish Airlines Open at The Montgomerie Maxx Royal Golf Club on October 31, 2015 in Antalya, Turkey.
Getty

ANTALYA, Turkey (AP) – Rory McIlroy shot a third straight 5-under 67 Saturday to move to within one stroke of the leaders after the third round of the Turkish Airlines Open.

Jaco van Zyl of South Africa maintained a share of the lead after a 70 to sit tied with Victor Dubuisson (67) on 16-under 200.

McIlroy dropped his first shots of the tournament with bogeys on Nos. 3 and 10 but also had five birdies and an eagle on the 13th.

”I feel if I play the same way and execute a little bit better, there’s definitely a lower score out there for me,” the four-time Major winner said.