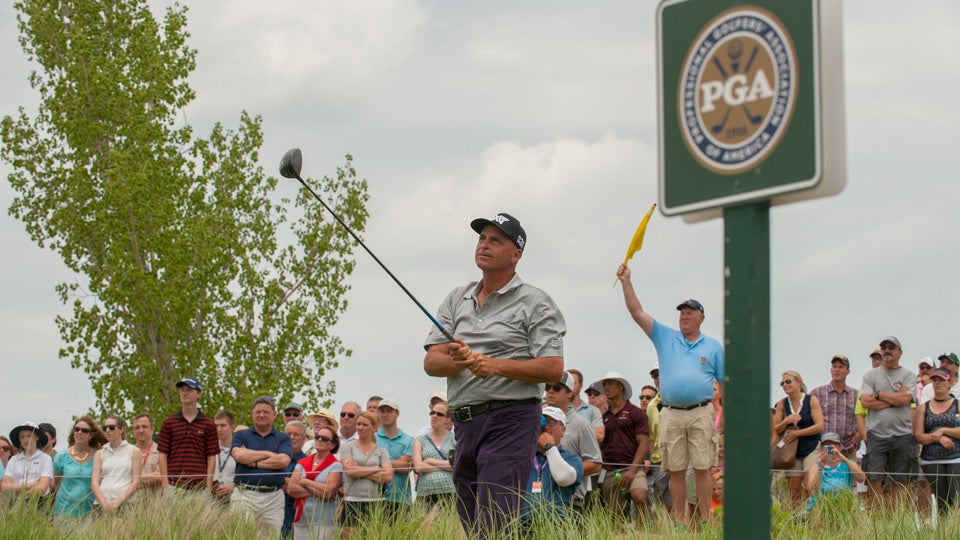 Rocco Mediate will take the lead into the final round of the Senior PGA Championship.
Getty Images

Four strokes ahead at a tournament-record 14 under entering the day, Mediate had three birdies and three bogeys – his first of the week – at Jack Nicklaus-designed Harbor Shores. He matched the course and tournament records with an opening 62 and had a 66 on Friday.

”I was ecstatic with today, believe it or not,” Mediate said. ”I would love to have made a couple more putts, but so would everybody else in the field. But I was happy with the way I felt. I felt good.

”The club was flying today. I let it, just let it go, even more than first two days, believe it or not. I just didn’t hole enough putts. … But I was ecstatic with the shots I hit into some of these wind conditions. It’s a good sign.”

The 53-year-old Mediate won both of his PGA Tour Champions titles in 2013 after winning six times on the PGA Tour. In the 2008 U.S. Open at Torrey Pines, he lost to Tiger Woods on the first extra hole after an 18-hole playoff.

”I can’t wait until tomorrow,” Mediate said. ”Today, I wanted to see what I had and I had it. It wasn’t bad. The golf course was hard today, I thought. Wind was cooking, it was just hard. This golf course is hard without any wind. … This is what you want to feel. I’m playing against one of the best we have. A lot of the best we have are just a little bit behind. So, it’s not going to be easy and it’s not supposed to be easy. It’s going to be a tough day and it’s going to be a fun day.”

The 52-year-old Scot won the major championship in 2014 at Harbor Shores and last year at French Lick Resort in Indiana. He also won the 2014 U.S. Senior Open.

”You know how much this tournament championship means to me,” Montgomerie said. ”Obviously, my first 72-hole stroke play win here in America and managed to repeat the feat last year. To come back here, I wanted to make a good showing of it. I really did. I wanted to come here and contend on Saturday night. And that’s what I’ve done. So, I’m in a position where I can win.”

Club pro John DalCorobbo was third at 11 under after a 69. The 51-year-old DalCorobbo is a PGA assistant professional at Brickyard Crossing at Indianapolis Motor Speedway. He won the Senior PGA Professional in October to top the club pro qualifiers.

Tom Lehman, Kirk Triplett and Brandt Jobe were 10 under, all shooting 69.

”A little tougher conditions, I thought,” Triplett said. ”Some good pins. A little bit more wind. It made you think. The greens are still receptive and guys can still make birdies. … Twelve-, 13-under’s not going to win it, you’re going to have to get to 15, 16 to have a chance.”

Bernhard Langer had a 71 to drop into a tie for seventh at 9 under in his bid to become the first player to win all five PGA Tour Champions majors. The 58-year-old German won the Regions Tradition last week in Alabama for his sixth senior major title and 100th worldwide victory. In Alabama, Langer joined Nicklaus as the only players to win four different senior majors. 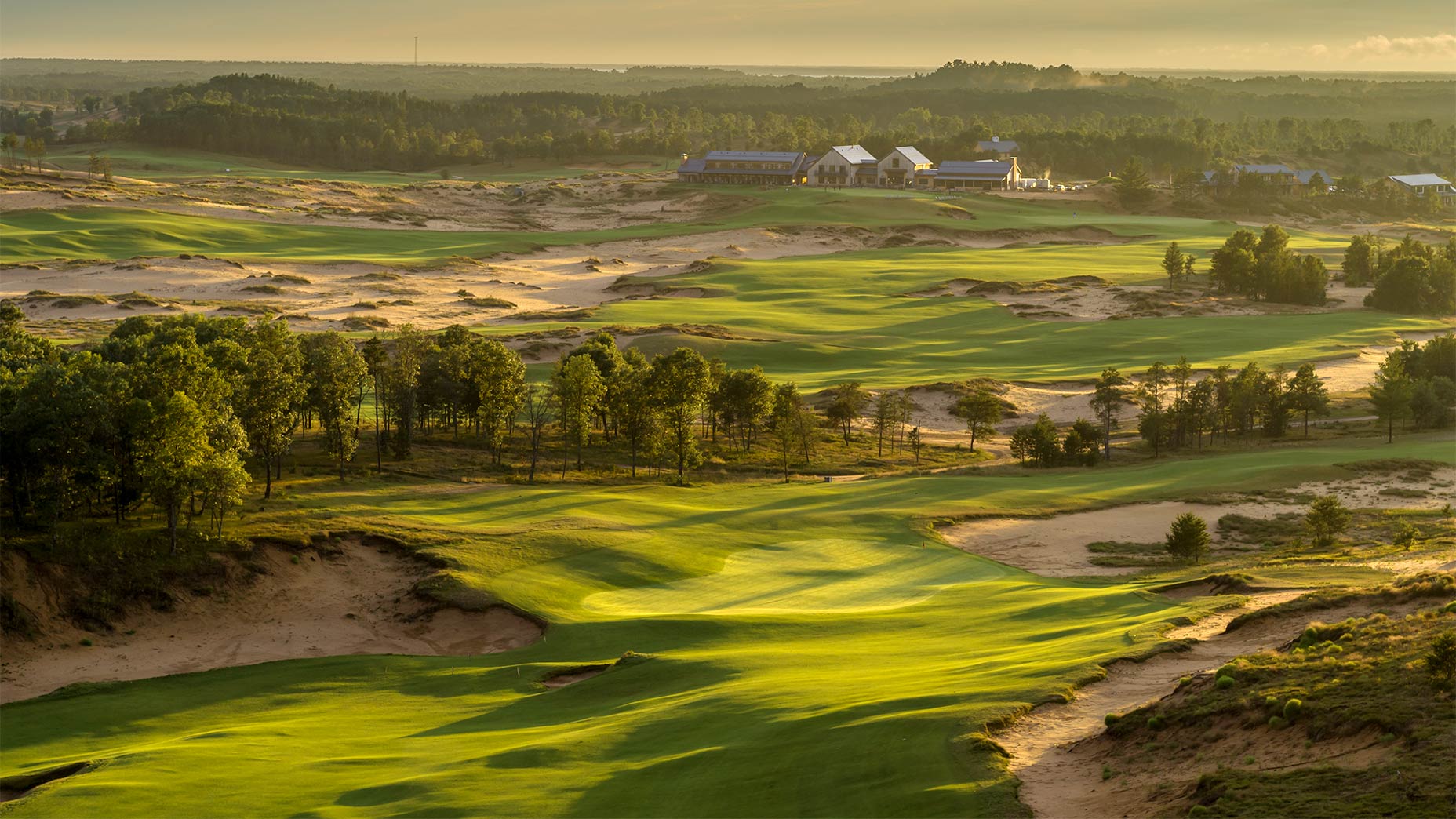 The best hole I ever played: Why Mammoth Dunes’ 14th is the top short par-4 of the modern era