Rio Olympics 2016: Inside the Golf Course the Games Built 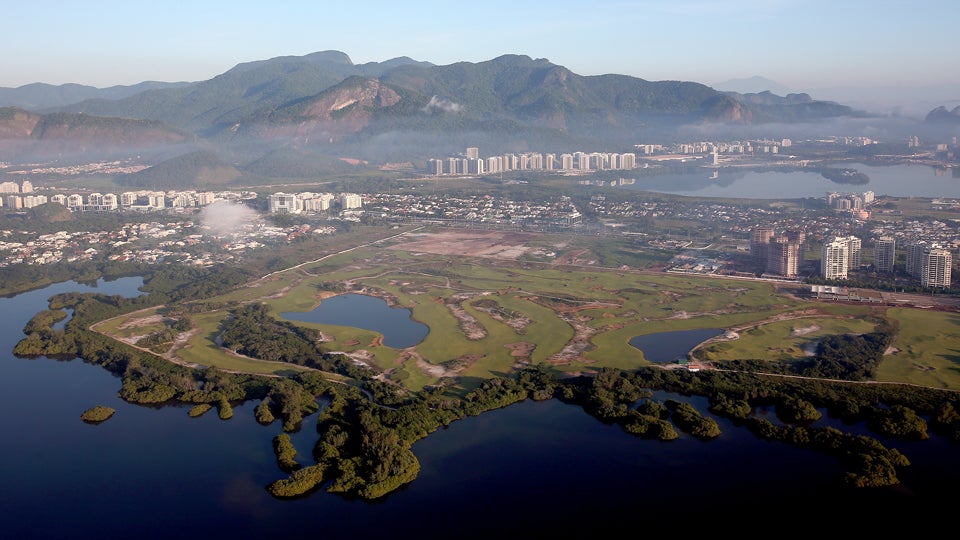 An aerial photo of the golf course under construction for the 2016 Olympics in Rio de Janeiro.
Getty Images

By February 2016, the grass was high—as were expectations.

This month, golf returns to the Summer Games after a 112-year hiatus—and for a while it seemed as though it might take that long for architect Gil Hanse and his team to get the Olympic Course built. Political, legal and environmental turmoil led to repeated construction delays, but the first-class layout was finally completed in late 2015.

Amid compromises that resulted in routing changes, the track—in Rio’s upscale Barra da Tijuca district—sets a new standard for South America. With bouncy, low-slung fairways and multiple shot options to the green and around the putting surfaces, there’s nothing else like it on the continent.

“Our aim was to embrace some of the Australian Sandbelt characteristics,” Hanse says, evoking MacKenzie-influenced classics such as Kingston Heath, near Melbourne. “The site had low-growing vegetation and the absence of big, majestic trees—sort of more brush and bushes and exposed sand, so the Sandbelt look seemed appropriate.” Hanse points out that August is winter in Rio—the coolest, driest time of year, which should allow for firm and fast conditions, not unlike a British Open. “One of the most striking aspects to the design is the short grass around the greens, with little, if any, rough,” Hanse says. “Having the ball move and roll off will be a big part of the experience.”

The toughest hole for the pros will probably be the 229-yard, par-3 14th. “It’s in the dunes section of the property,” Hanse says. “There’ll be some sandy, scrubby areas around the green that will make it more difficult, but ultimately, the difficulty is the hole’s length.”

The best risk-reward hole could be the 351-yard, par-4 third. Says Hanse, “It will offer a “course within a course” opportunity, where it’s sometimes set up as a drivable par 4.”

The final three holes may well rank among Hanse’s most exciting work. “We tried to set a stage for the players to do something dramatic.” At the Olympics, fortune often favors the bold, so Hanse and company created what he calls “half-par holes” to entice players to take risks in the home stretch. “With a drivable par-4 16th, a short par-3 17th and the reachable par-5 18th, we could end up with all kinds of [scoring] swings.”