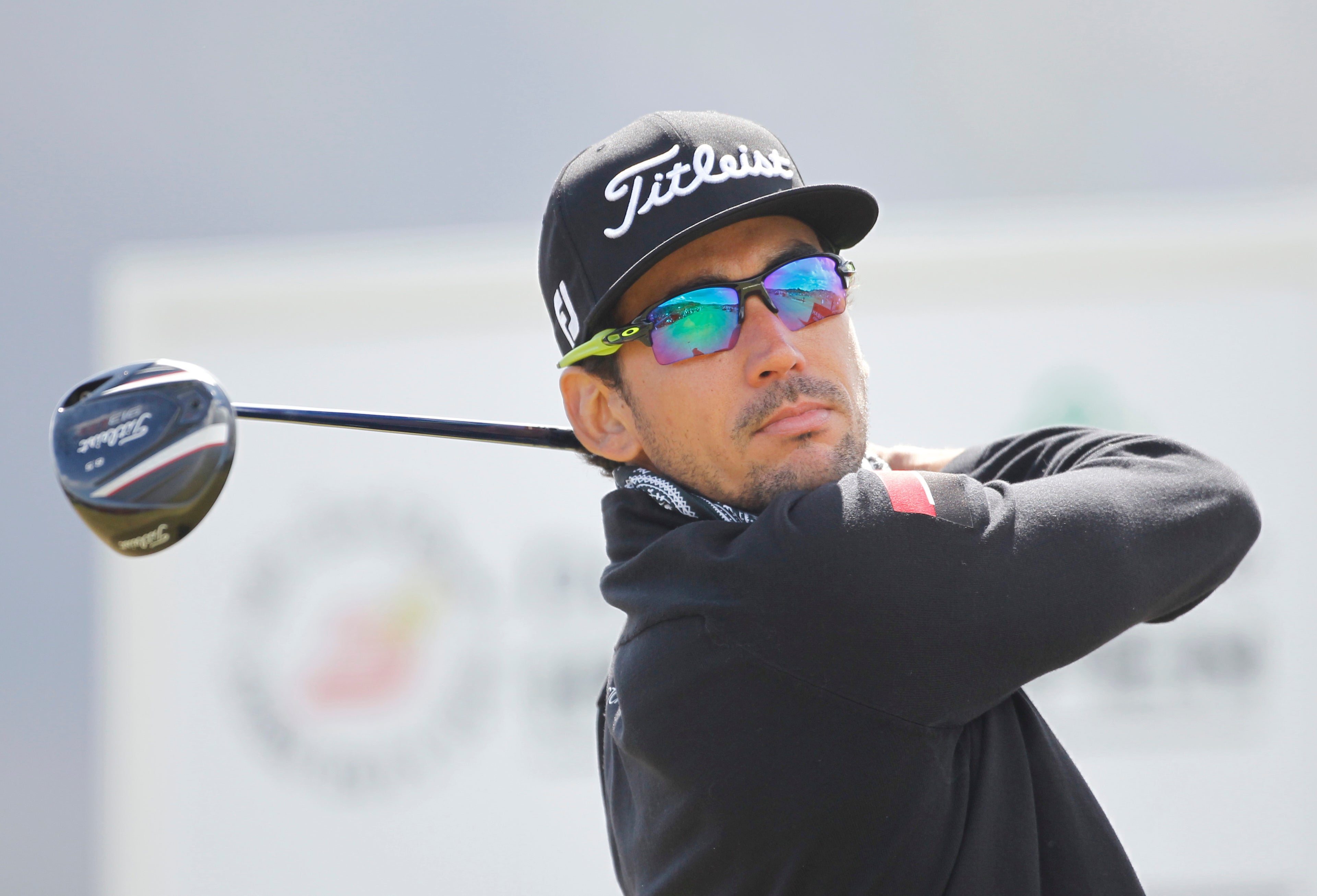 Spain's Rafa Cabrera-Bello tees off on the 11th hole during the final round of the Irish Open Golf Championship at Royal County Down, Newcastle, Northern Ireland, Sunday, May 31, 2015. (AP Photo/Peter
AP Photo/Peter Morrison

MUNICH (AP) Rafa Cabrera-Bello of Spain shot a 5-under 67 for a one-stroke lead in the second round of the BMW International Open on Friday.

Cabrera-Bello, who opened with a 65 Thursday for a three-way lead with Lasse Jensen of Denmark and Daniel Gaunt of England, made six birdies and a bogey, leaving him at 12-under 132 halfway through the European Tour event.

Jensen (69) dropped two strokes off the pace while Gaunt (73) fell six behind after three birdies were undone by a double bogey on the par-4 16th and two bogeys.

James Morrison of England shot a 66 to move second, ahead of Jensen and Northern Ireland’s Michael Hoey, who shot a 65 including nine birdies for the day’s best round on the Eichenried Golf Club course.

”I didn’t hit it 100 percent pure, but scored really well,” Hoey said ”I’d rather it be like that than the other way round.”

Thongchai Jaidee of Thailand missed a good birdie chance on the 18th and had to be content with fifth after shooting a 67.

Former winner Pablo Larrazabal of Spain shot a 66 for a share of sixth with compatriot Alejandro Canizares and England’s Chris Paisley. All three were four strokes off the pace.

Home favorite and 2014 U.S. Open winner Martin Kaymer missed the 2-under par cut by one stroke with four bogeys in a round of 71.

Four players were tied for ninth on 7-under and 13 were in a group on 8-under, including Sweden’s Henrik Stenson, the 2006 champion.