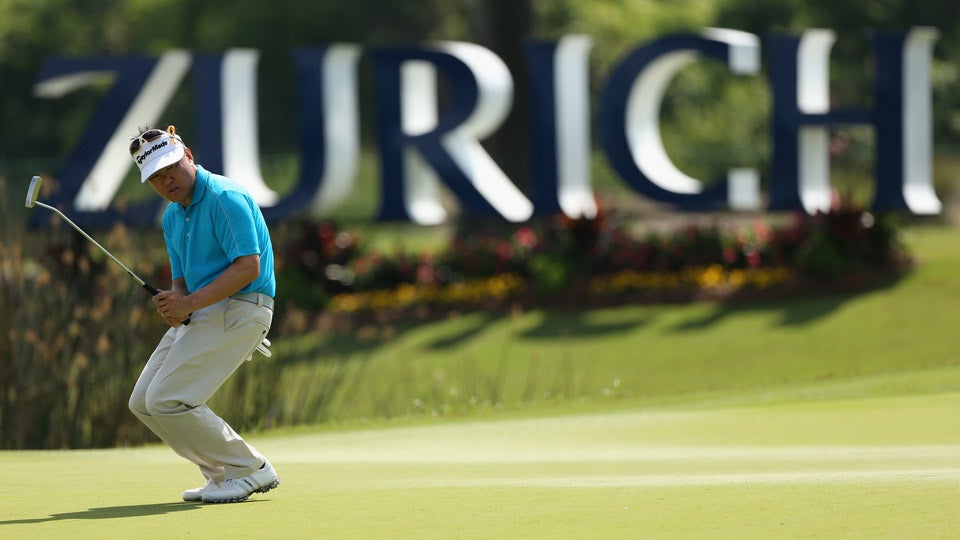 The 2015 Zurich Classic was held at TPC Louisiana in Avondale, La.
Getty Images

NEW ORLEANS (AP) — Only 2 miles from the French Quarter, crews are carving a professional golf course into one of the nation’s oldest and largest public parks amid outcry over the post-Katrina gentrification of New Orleans.

The $13 million course designed by prominent golf architect Rees Jones could be hosting the Zurich Classic, a PGA Tour event now held in across the river April, by 2020, if supporters get their way. Park officials are banking on attracting a lot of golfers, projecting 24,000 rounds of golf – at prices ranging between $45 and $125 – will be played there after three years.

Critics say the prospect of high-dollar golf and PGA crowds is all wrong for the public park.

The history of the new course goes back a decade to Hurricane Katrina and the demolition of nearby public housing.

In remaking City Park after Katrina, officials took advantage of the storm’s damage to shrink the space dedicated to golf from four courses to two – a modest 18-hole course and the new championship course.

Unlike most public parks, City Park receives a small portion of its operating money from taxes and instead relies on fees and other sources of self-generated income. The park is using $7.6 million in Federal Emergency Management Agency funds to pay for part of the construction cost of the premier course.

To fund the rest, developers and park officials came up with a plan to couple the demolition of a nearby public housing development, the St. Bernard housing complex, with the creation of the PGA-caliber course.

The problem, critics protested, was that this plan stripped the black public housing residents at St. Bernard of their homes, clearing the way for a development catering to mixed-income residents. Columbia Parc, the new mixed-income residential community, rose up where the public housing complex stood and is now expanding and looking to attract retirees and seniors, using the championship golf course as a selling point.

”It’s just showing the dishonesty and deceit,” said Endesha Juakali, an activist who organized protests against the tear-down of St. Bernard after Katrina. He said the redevelopment was meant to drive out the poor.

Construction of the 220-acre course started in March with a fence that dismayed people who’d come to enjoy the wide-open, overgrown spaces the abandoned courses had become after Katrina struck in 2005.

”It was one of the last expansive pieces of land to let your dog off the leash,” said Arrid Hansell, a Louisiana state trooper, after the fence went up.

Then the protests started, highlighted by a demonstrator who camped out in the branches of a large cypress tree with a solar energy pack and some food.

The park called in sheriff’s deputies, who bombarded the tree sitter with floodlights and music and prevented him from getting food and water. Eventually, sleep-deprived and hungry, he fell out of the tree and broke an ankle.

A group called the City Park for Everyone Coalition filed a lawsuit against the park, alleging it had violated wetlands protection laws by digging up the golf course and filling in wetlands.

In July, the Army Corps of Engineers agreed with the plaintiffs and said the park had illegally removed a 1.3-acre area of wetlands.

Golfers, too, have expressed doubts about the pricy course in the public park.

”I’m expecting nothing but fantastic out of it,” said Carl Poche, a pro golfer from the New Orleans area. But he said building a top-flight course in City Park is contrary to the spirit of the park, where he fondly remembers playing rounds during the summer as a young man.

”It was mainly for people who couldn’t afford the country club,” he said.