Padraig Harrington Has His Own Definition of a Good Year 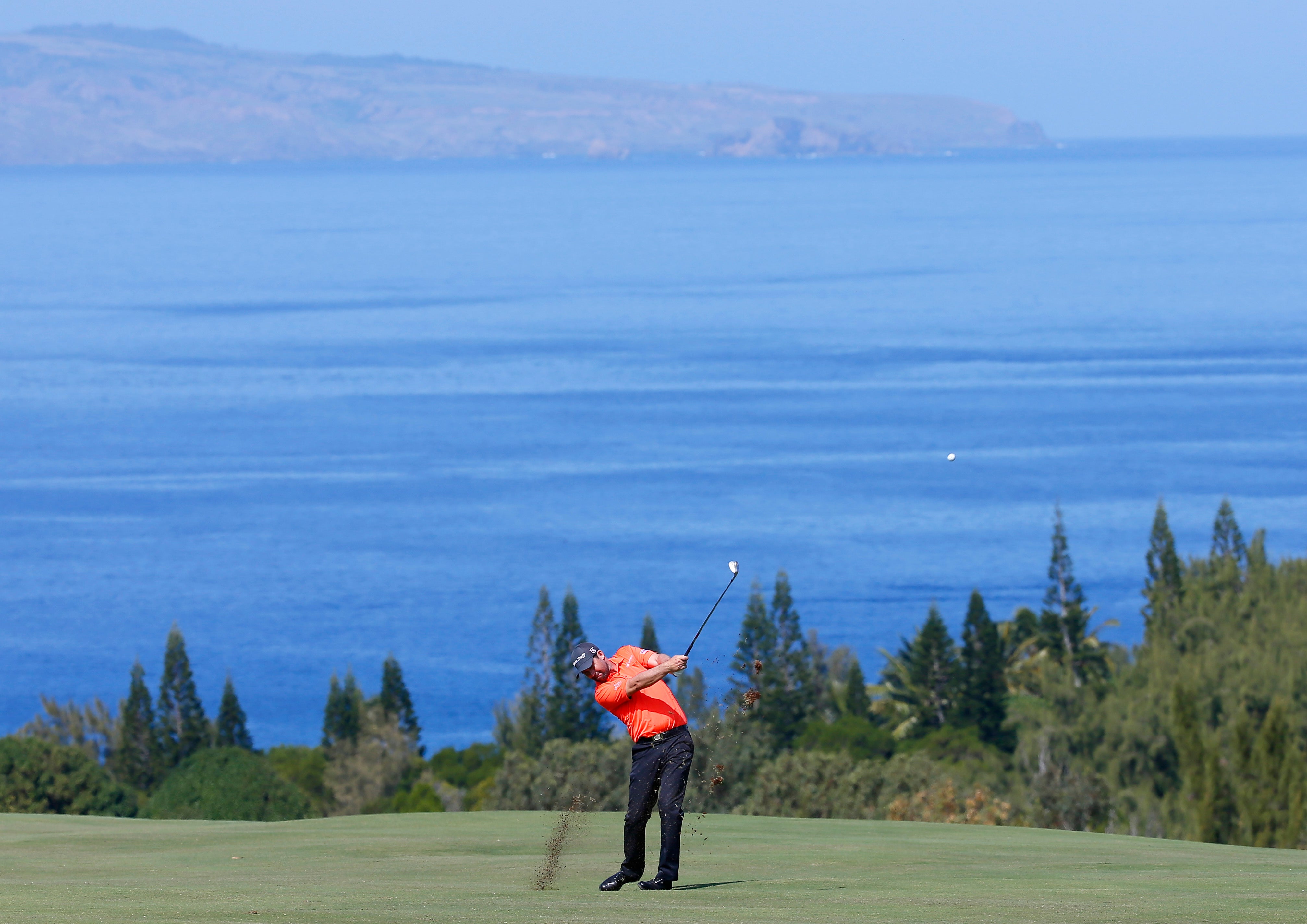 Padraig Harrington hits from the fourth fairway during the second round of the Tournament of Champions golf event Friday, Jan. 8, 2016, at Kapalua Plantation Course in Kapalua, Hawaii. (AP Photo/Matt
AP Photo/Matt York

KAPALUA, Hawaii (AP) Padraig Harrington describes 2015 with words like ”grind” and ”tough.” It was not what he would refer to as a great year, and it doesn’t sound like someone who is part of the most elite PGA Tour event of the year at Kapalua.

”It goes down as a winning year,” Harrington said. ”But it was hard work every week. Hard, hard work.”

His lone victory wasn’t easy. Harrington appeared to have the Honda Classic won until he hit a flare with a 5-iron into the water on the par-3 17th and made double bogey. Right when it looked like all was lost, he squeezed in a 15-foot birdie to get into a playoff, and two holes later on the 17th, he hit 5-iron to 3 feet for the winner.

It got him into the Masters, The Players Championship and a World Golf Championship. It was his first PGA Tour win in more than six years.

And then golf became a grind again.

”As I see it, when you see a player in form, he’s walking off the golf course thinking, `Gee, I played like I should have shot 70′ and he’s signing for a 68,” Harrington said. ”When you see a player out of form, he’s walking over the golf course saying, `Yeah, I should have shot 70 today,’ and he’s signing for a 72. When you’re shooting 72 out here, it’s just a grind because every day you’re on 72, you’re looking over your shoulder at the cut line.

Consider what happened after his victory in the Honda Classic.

He missed the cut eight times. The most comfort he had was the Arnold Palmer Invitational and the British Open, making the cut with four shots to spare. He made it by one shot at The Players. It was a grind.

So there’s a difference between a great year, a good year and a winning year (not to mention the bad years). Harrington was at the peak of his game in 2008, when he won the British Open and the PGA Championship, the first European to win successive majors in the same season. He finished the year at No. 4 in the world.

His greatest year ever?

He had one caveat – a big one – for calling his 2012 season statistically his best.

”I had the yips that year,” he said. ”And so it depends what you want to look at in terms of that.”

Harrington is a different kind of thinker. This is an Irishman who chose to wear glasses even though he had 20/20 vision. He became an ambassador for the R&A and then chose to try a belly putter when it decided to ban the anchored stroke. Most peculiar are his golf balls. He prefers to keep his eye trained on a black dot, and because he can’t pick up and place his ball, he has his caddie place eight black dots so at least one of them is pointing toward him.

He also uses cryotherapy – he has a unit in his garage in Ireland – where he exposes his whole body to temperatures at minus 140 degrees Celsius. He used it again after surgery to repair his meniscus. Most people stay in there for three minutes. Harrington does six minutes.

”You go into an ice bath, it will do the job just as nice,” he said. ”But I don’t like an ice bath. I find the cold air quite easy on me. You wouldn’t see me take a cold shower. Put it like that.”

Harrington thinks everything through. For example, he believes every athlete should have at least six weeks off before starting a new year. That’s one reason he never came to Kapalua in the previous three years he won on the PGA Tour. He would finish his season in Europe, and Hawaii came along much too soon.

So why is he here now?

He stopped playing at the end of October because of his knee surgery, giving him a solid nine weeks without golf.

”Six-plus weeks off, that’s the minimum anybody should take in order not to carry stress from one year to the next,” Harrington said. ”You look at my career, the minimum I’ve ever taken is seven. But usually I play until the first week of December. I was going to come over to the Fall series over here. My caddie looked at me and he said: `You’re playing stale golf. You need your operation. Go do it.’

Of course, Ronan Flood is more than just his caddie. He’s his brother-in-law.