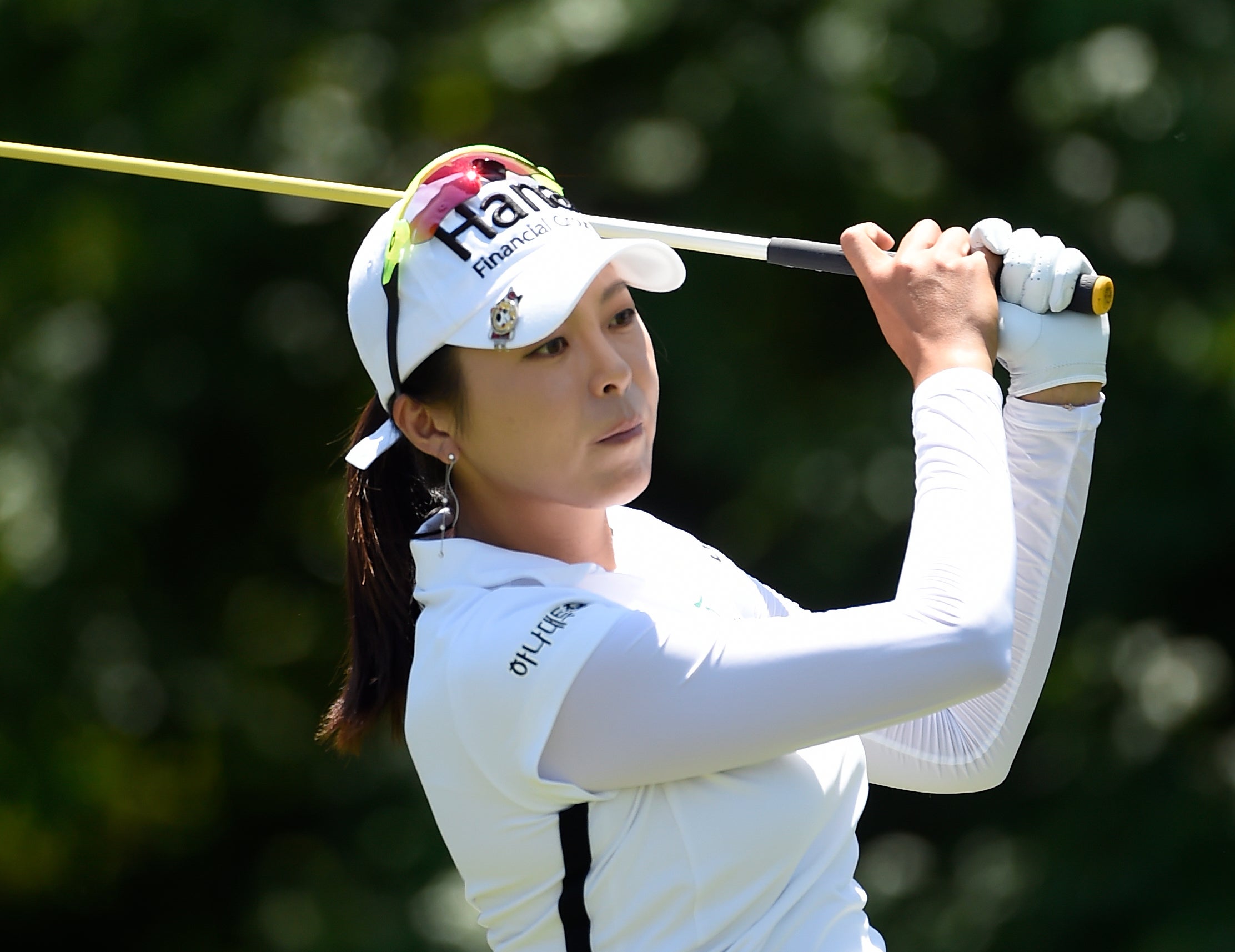 ROGERS, Ark. (AP) Azahara Munoz hasn’t been one to make excuses about her struggling golf game since surgery on her left hand to remove a benign tumor in March.

The Spaniard has, however, battled with confidence as her game has been slow in its return to form.

Following a much-needed week of practice and a mental reset of sorts, Munoz looked every bit like her 2010 LPGA Rookie of the Year self on Friday – shooting a 6-under 65 to earn a share of the clubhouse lead at the NW Arkansas Championship.

Munoz shared the clubhouse lead with Anna Nordqvist and Brittany Lincicome, though Mi Jung Hur was 8 under through 14 holes when play was suspended because of darkness.

Hur birdied her final five holes, hitting all but one green in regulation at the rain-hampered Pinnacle Country Club.

For Munoz, the round was her best in her seven tournaments following surgery.

Friday’s round was delayed twice by strong storms and lightning, and 21 groups were unable to finish.

Lincicome and Nordqvist also shot 65s, and Na Yeon Choi also was 6 under after 14 holes. Ryann O’Toole finished with a 66, and Mariajo Uribe and Gerina Piller also were 5 under.

Top-ranked Inbee Park had a 69, and defending champion and local favorite Stacy Lewis was 4 under with three holes left.

While Park, who won her sixth major two weeks ago at the Women’s PGA Championship, struggled with her putter – needing 30 putts – Munoz needed only 27 putts.

It was her best round since taking six weeks off after surgery in March, after which she hasn’t finished higher than 30th. Prior to her surgery, Munoz finished no lower than 13th in her first four tournaments this year.

”It’s been a rough year; I was not having fun,” Munoz said. ”This sounds stupid, but I almost felt that I was really unlucky that this happened to me … (It) was just six weeks, but for some reason I still go really down on myself.”

With her hand nearly feeling completely recovered on Friday following a setback-free week of practice, Munoz was at her best despite being delayed by almost four hours because of two weather delays. She was even par after a bogey on the par-4 fourth hole, but followed that with three straight birdies to close out the front nine.

Munoz then birdied three of her first five holes on the back nine to reach 6 under, nearly reaching 7 under when her 35-foot birdie attempt on the par-3 15th lipped out of the hole.

”It felt good, back to normal,” Munoz said.

Lincicome used three sand saves to help propel her to a bogey-free 65, while Nordqvist hit 16 of 18 greens in regulation while also posting a bogey-free round.

Lincicome reached 6 under following birdies on the seventh and eighth holes after beginning her round on the back nine, and her 15-foot birdie attempt which would have sent her to 7 under on the 9th came up inches short.

”Right when I hit it, I knew it wasn’t enough,” Lincicome said. ”Especially when it’s on line, it’s kind of a bummer, but just happy to be finally done with the round.”