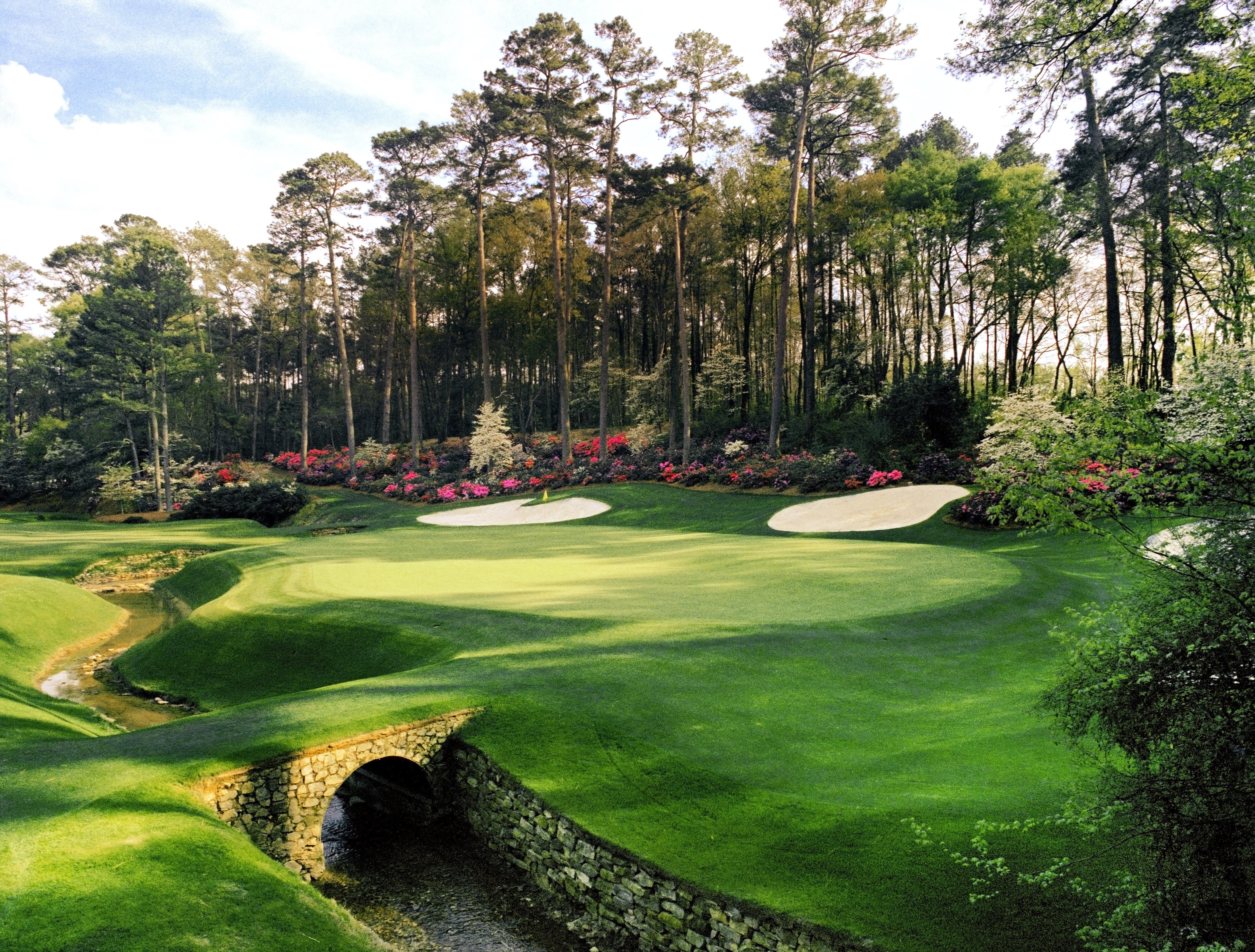 Augusta National Golf Club and the Masters have an unmatched record of innovation. Among many forward-thinking ideas, the Masters has given us the concept of red and green scoreboard numbers signifying under par and even or over par; placed viewing stands on its grounds; and installed its SubAir system to keep greens healthy via proper temperature and moisture levels. What’s more, the club has sought to grow the game globally via the Asia-Pacific Amateur and the Latin America Amateur championships. And let’s not forget the utterly charming Drive, Chip and Putt contest for kids (ages 7 to 15) that heralds Masters week.

However, fewer laurels are thrown in Augusta’s direction for its course-design influence. Lost amid the chatter about clubs trying to match Augusta’s pristine conditioning is the remarkable influence that Alister MacKenzie and Bobby Jones’s masterpiece has had on other tracks. Augusta is the Armani of course design, inspiring countless imitations. Here are six sterling examples of the Augusta Influence.

Bobby Jones once described Augusta National’s risk/reward philosophy as follows: “Two things were essential. First, there must be a way around for those unwilling to attempt the carry; and second, there must be a definitive reward awaiting the man who makes it. Without the alternative route the situation is unfair. Without the reward it is meaningless.” Augusta’s greatest influence was moving design away from the penal school and toward the strategic. Congressional’s 18th hole, redesigned by Robert Trent Jones Sr. prior to the 1964 U.S. Open, is one of the game’s greatest closers, thanks to the shot values it shares with Augusta’s par-4 11th. For the bold, both holes clearly delineate triumph and disaster. Yet, per Jones’s maxim, there’s always a way around. Tom Fazio has been the consulting architect to Augusta National since the 1990s, so it’s no surprise that his familiarity and fondness for Augusta’s brilliant risk/reward par 5s would result in superb tributes. The best may be Shadow Creek’s closer. From an elevated tee, the ambitious player gunning for the green in two will contend with a water carry on both shots via a series of three lakes separated by waterfalls. Choose the threeshot route and you still have to fly your third over water from the proper angle to a long, narrow green surrounded by grassy hills, pine trees and flowers. Sound familiar, Masters fans?

In his 1920 book Golf Architecture, future Augusta National co-designer Alister MacKenzie set forth 13 general design principles. Number 7 reads: “The course should have beautiful surroundings, and all the artificial features should have so natural an appearance that a stranger is unable to distinguish them from nature itself.” Collaborating on Dancing Rabbit, Tom Fazio and Jerry Pate emulated MacKenzie’s dictum to the letter. Springtime azaleas form a gorgeous backdrop, and no matter what time of year you’re here, the hilly layout lacks anything that could be considered forced or faux. Alister MacKenzie and Bobby Jones both admired the ground-game options afforded by the Old Course at St. Andrews, but they weren’t averse to demanding an all-carry shot, provided there was risk/reward value and an alternative for the weaker player. Although Jack Nicklaus paid homage to Scotland’s Muirfield in naming his Columbus-area course, this par-3 12th is pure Augusta. When the hole is cut to the right on the slender, left-to-right diagonal green, it’s tempting to try for a 2 on this 184-yard hole—longer than its forefather but still manageable. As at Augusta’s 12th, however, flag-hunting demands courage and precision.

We-Ko-Pa co-designer Ben Crenshaw gushes about Alister MacKenzie’s courses, calling them “equitable for all classes of golfers.” Says Crenshaw, “The good player is forced to play all different shots, yet his courses are very fair for average golfers. His bunkers are gorgeous, and his greens have lots of character.” He could just as easily be describing We-Ko-Pa. Wide fairways, multiple routes to the green, clever contours on the putting surfaces, and natural beauty link a course carved from rugged desert in 2006 with a course hewn from a commercial nursery in the 1930s.

Visual and strategic drama merge harmoniously throughout Augusta National’s back nine, reaching a crescendo at the par-3 16th. The hole wasn’t in the original design. Robert Trent Jones Sr. created it in 1947, and the hole soon became a favorite of President Dwight D. Eisenhower, who once committed it to canvas with his paintbrush. Trent Jones Sr. later authored this wooded wonder at Spyglass, where the shot demands are similar: Aim at the water-guarded left side at your peril, but bail out too far right and face a scary downhill recovery with a pond lurking beyond.