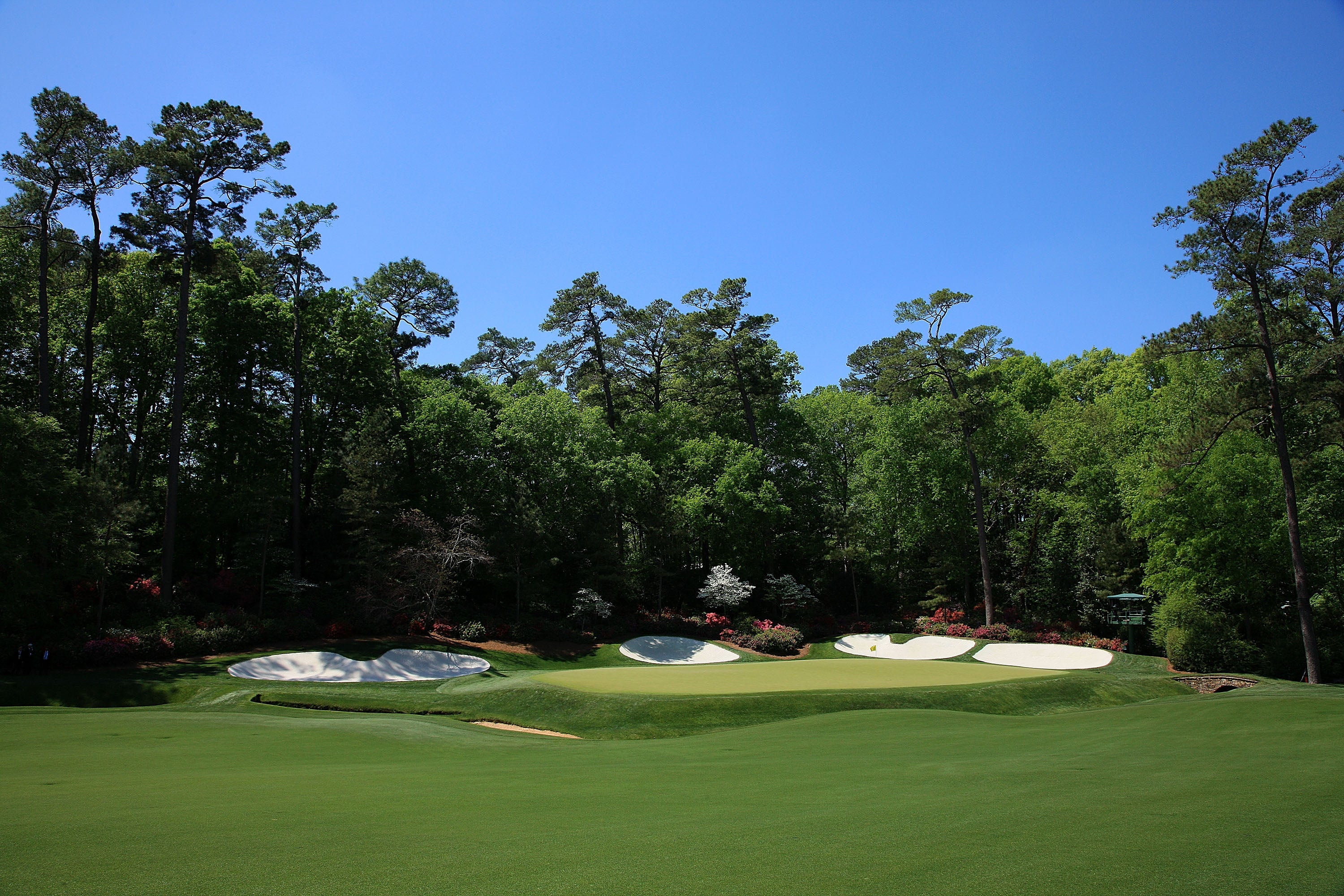 The par-5 13th hole at Augusta National is reachable in two but danger lurks on every shot.
Getty Images

From a strategic point of view, the par-5 13th at Augusta National is close to perfect. From tee to cup, the ease of the next shot is dictated by the quality of the previous effort. It is also a beautiful hole. I’m not ordinarily one for planting flowers on golf courses, but if I was a gardener this is what my garden would look like.

The ideal drive is a right-to-left draw around the corner, one that finishes as close as possible to the creek running up the left side. That’s the most difficult shot to hit and also the bravest. Which is why the guy who pulls it off is rewarded so handsomely. He is closer to the green. He has the best angle to the flag. And his stance is closer to level.

The drive plays with your mind though. In my experience, the more someone plays this hole the braver he gets from the tee. He hits closer and closer to the creek until, inevitably, he finds the hazard. Then his next drive goes way right, to be “safe.” Then the whole process starts over — until he hits one in the water again.

So the temptation is always there to hit the drive that will leave a mid-iron approach from a flattish lie, rather than a long iron from a hanging lie. It’s classic really. For every yard the ball is away from the creek and green, the more difficult the angle and stance become. Which is another beauty of this wonderful hole. With the ball above your feet, the approach screams “draw” — but the ideal shot is a fade.

In essence, this hole is a great example of what Augusta National does to golfers. It makes you play shots you don’t want to play. If I have a 4-iron to the green, I really have to go for it. Or at least it feels like I have to. My ego is making decisions rather than my brain.

But here’s the thing. I’m then faced with a shot over water from a really uncomfortable lie. Which is the beauty of Augusta. At first, it all appears quite simple. But there is a fine line between glory and disaster. Which is when golf really gets interesting.

On a lay-up short of the creek [photo above], there are a few competing and equally valid theories. Some players like to get as close as possible to the water, so that they can chip across. Others like to lay back and spin a full wedge in close. Then there are those who like to approach from way right, close to the 14th tee.