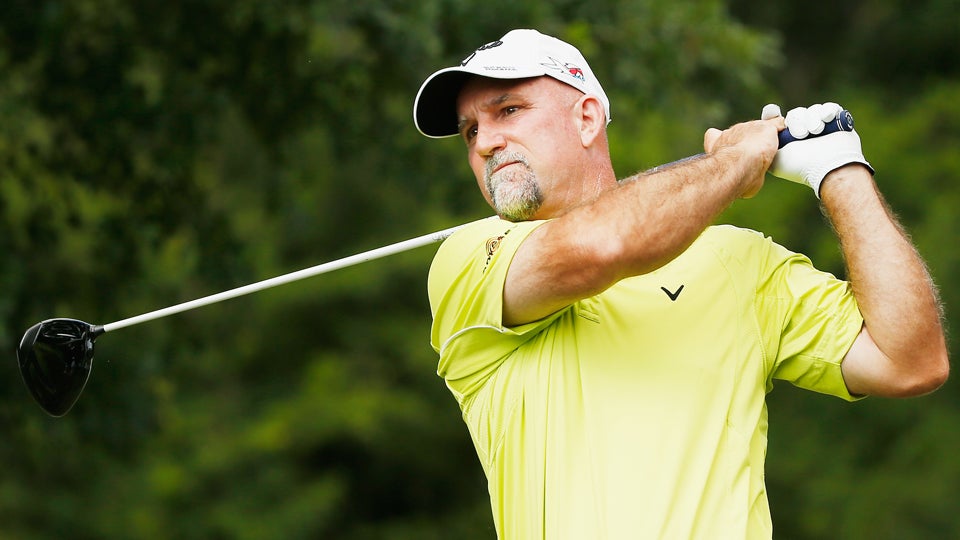 Marco Dawson watches his tee shot on the ninth hole during the first round of the Insperity Championship at The Woodlands CC Friday at The Woodlands, Texas.
Getty Images

THE WOODLANDS, Texas (AP) Marco Dawson and Michael Allen each shot 6-under 66 on Friday to share the first-round lead in the Champions Tour’s Insperity Invitational.

The 51-year-old Dawson had seven birdies and a bogey at The Woodlands Country Club. He won the Conquistadores Classic in March in Tucson, Arizona, for his first victory on the 50-and-over tour.

The 56-year-old Allen also had seven birdies and a bogey. He won twice last season.