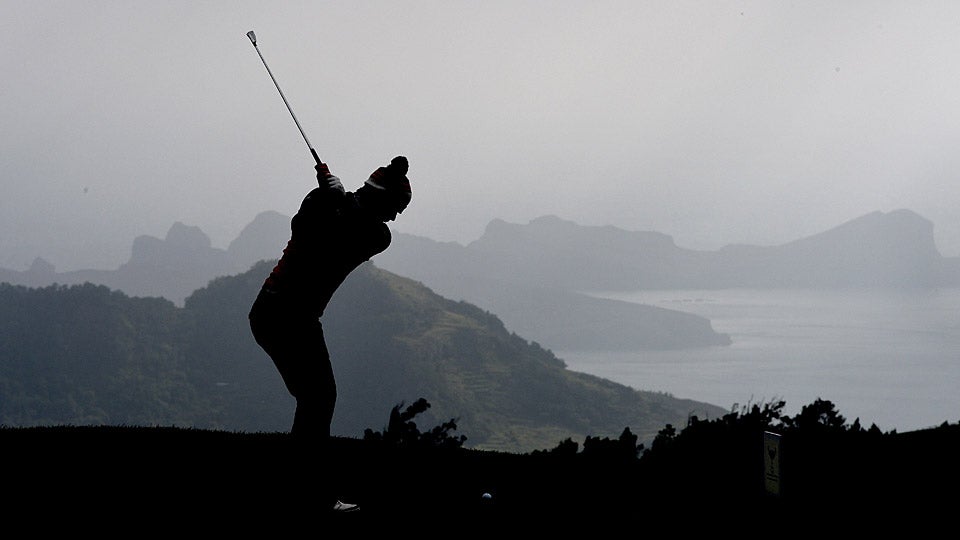 David Law on the course during the 2015 Madeira Islands Open.
Getty Images

SANTO ANTONIO DA SERRA, Portugal (AP) — Bad weather disrupted the Madeira Islands Open for a second straight day on Friday as organizers were forced to suspend the first round again.

Play was stopped after heavy rain flooded the greens on the Clube de Golf Santo da Serra course, with Denmark’s Joachim B. Hansen holding the clubhouse lead after a 4-under 68. He was one shot ahead of England’s Andrew Marshall and French pair Adrien Saddier and Jean-Baptiste Gonnet. The four were among roughly half the field able to complete the first round.

Play is scheduled to resume on Saturday.

On Thursday, heavy winds sweeping the Portuguese archipelago kept play from starting and led to organizers reducing the event to 54 holes.

Last year, heavy fog during the first three days of the event forced organizers to reduce it to 36 holes.