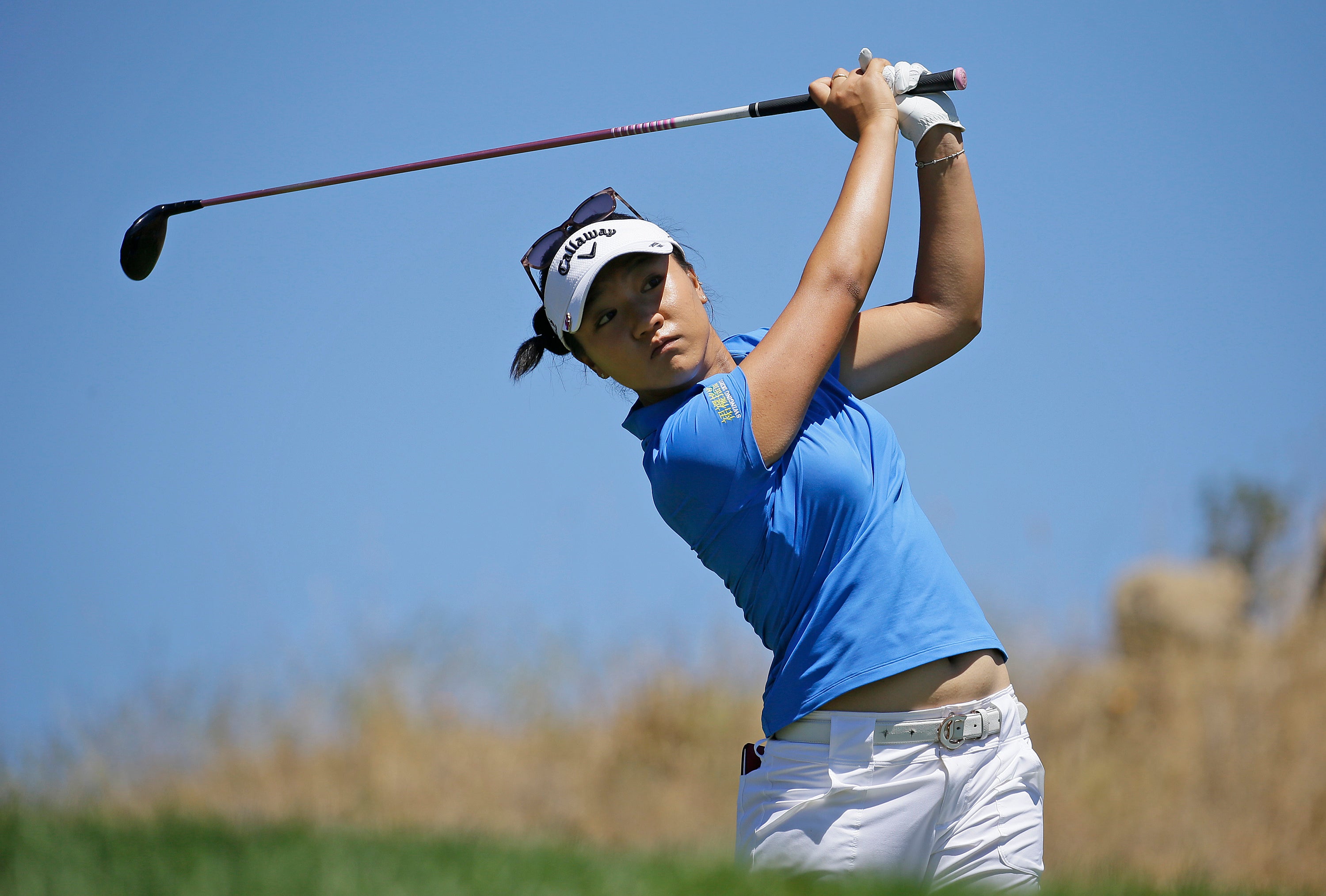 Lydia Ko, of New Zealand, follows her shot from the sixth tee during the third round of the U.S. Women's Open golf tournament at CordeValle Saturday, July 9, 2016, in San Martin, Calif. (AP Photo/Eric
AP Photo/Eric Risberg

SAN MARTIN, Calif. (AP) World No. 1 Lydia Ko birdied the 18th hole to cap a 2-under 70 in the third round Saturday that put her in the lead of the U.S. Women’s Open, bolstering her chance for her third major title in less than a year.

The 19-year-old Ko became the youngest woman to win a major last year at the Evian Championship and followed that up by winning the ANA Inspiration this spring. Now she’s in contention for her first U.S. Open title after failing to make the top 10 in her first four appearances.

Ko has a one-shot lead over 2009 winner Eun Hee Ji and Sung Hyun Park. Brittany Lang and Amy Yang are two shots back at 5 under and Angela Stanford is in sixth place at 4 under at CordeValle.

Ko’s week at the Open got off to a somewhat shaky start when she was tied for 52nd after a 73 in the first round in the difficult afternoon conditions.

But Ko got into contention with a 66 in the second round and then got right back to work on Saturday. She made a long downhill putt for birdie on No. 3 before losing a stroke with a bogey at No. 9. She made another birdie at No. 13 before her strong closing hole.

Even though the 18th is reachable in two shots, Ko opted to take three and it paid off when her approach stopped about 9 feet from the hole. She calmly sank the putt to give her sole possession of the lead. She then threw her ball into the stands in celebration.

Ji has been consistent all week. She has broken par all three rounds with a 69 and 71 in the first two rounds followed by the 2-under performance on Saturday. She is looking for her first LPGA Tour win since winning the Open at Saucon Valley seven years ago.

Park, playing her first U.S. Open and second major ever, got off to a solid start with birdies on the sixth and eighth holes to move to 9 under. But fortunes quickly changed at the par-5 ninth when she hit her tee shot into a hazard for a penalty.

She got onto the green with her fifth shot and two-putted for a double bogey that dropped her to 7 under and a tie for the lead with Yang, who birdied three out of four holes during one stretch on the front nine.

Park fell to 6 under when she bogeyed 14 after a drive in the rough but followed with a birdie and then another bogey as part of an up-and-down round.

Lang birdied 14 and 15 and had the low round of the day at 68 to move to 5 under. Lang finished tied for second as an amateur in her first U.S. Open back in 2005 but has only gotten in the top five once since then back in 2010.

”I’ve been here before and I think you really have to just get to work on what you’re doing, because if you spend a lot of time thinking about where you’re going to finish, you’re going to drop down pretty quick,” Lang said. ”So just really do like I did today, not look at the scoreboard – it’s easier said than done.”

There are several other golfers lurking close enough to make a push on Sunday. Danielle Kang is at 3 under and fellow Americans Cristie Kerr, Stacy Lewis and Kris Tamulis are among seven golfers five shots back at 2 under.

”There’s no doubt I have to shoot at least 4 to 6 under, I’d say tomorrow to have a chance,” Kerr said. ”It depends on the wind and the weather and the pins. Sometimes they like to set it up easier on Sunday and people get some low scores. I don’t know what they’re going to do, but I have to be prepared for anything. If the conditions are easier, I have to be prepared to go low.”

The highlight of the day might have been Lee Lopez’s ace on the 191-yard, par-3 12th hole. Lopez is at even par for the tournament.