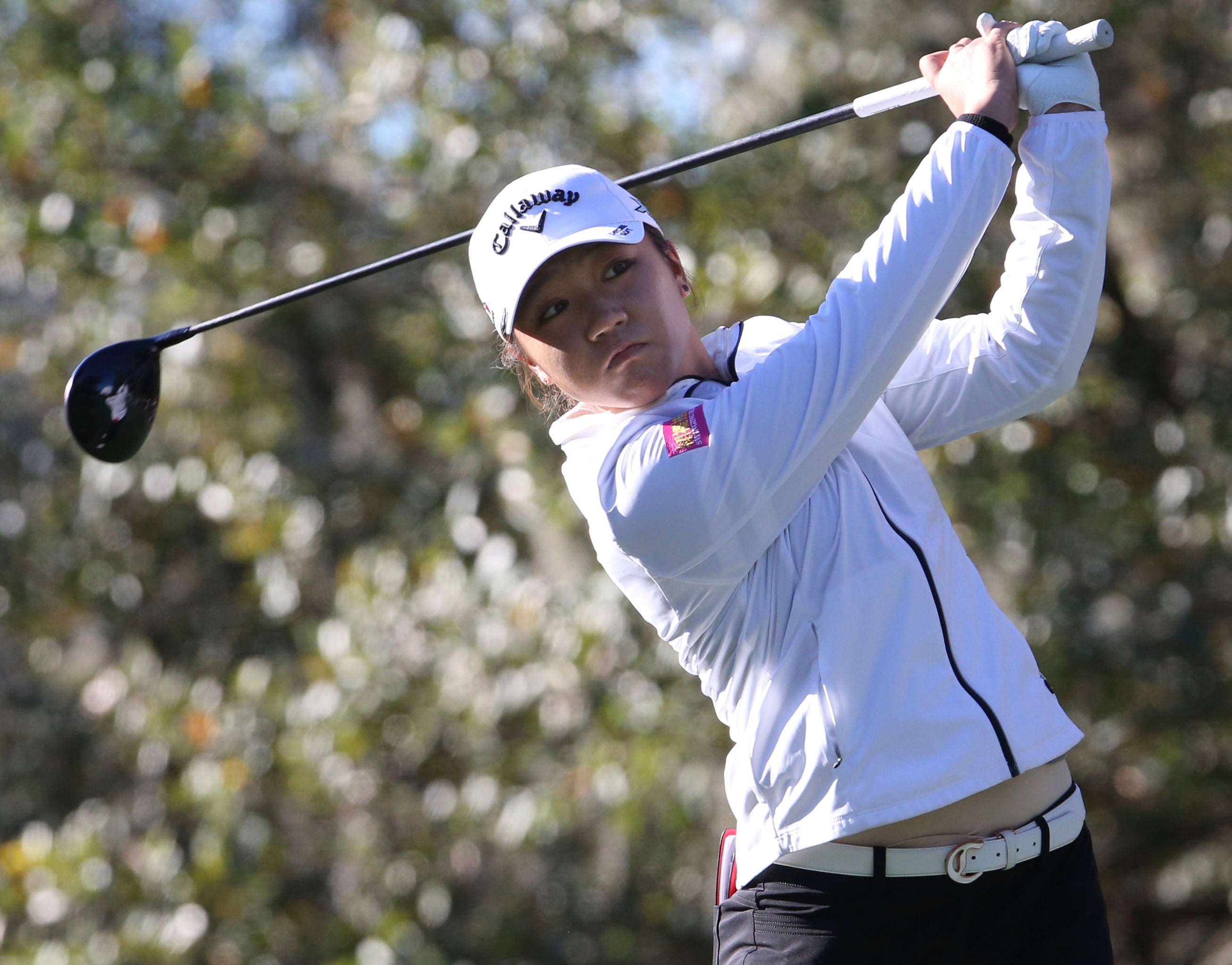 Lydia Ko watches the flight of her ball from the first tee during the third round of the LPGA Coates Golf Championship at the Golden Ocala Golf and Equestrian Club in Ocala, Fla. on Friday, Feb. 5, 2016. (Bruce Ackerman/Star-Banner via AP) MAGS OUT;

CHRISTCHURCH, New Zealand (AP) Top-ranked Lydia Ko shot a 3-under 69 on Friday and was three shots off the lead and in a tie for fifth place after the first round of the New Zealand Women’s Open.

The 18-year-old South Korean-born New Zealander, defending her national title, sank a 20-foot put on the 18th hole for the fifth birdie of an opening round which also included two bogeys and left her within reach of the lead held by Norway’s Nicole Broch Larsen at Clearwater Golf Club.

Larsen was a stroke ahead of Justine Dreher of France in the 54-hole tournament co-sanctioned by the Ladies European Tour. Gwladys Nocera of France and Scotland’s Pamela Pretswell were tied for third, two behind Larsen, after 68s.

Ko, who started her round with a birdie at the 10th, said she didn’t fully exploit warm and calm conditions during her morning round, particularly on the greens. Larsen expected Ko to be a factor over the final two rounds.

”When she’s not on the leaderboard, you wait for her to come there,” Larsen said. ”I’m sure she’ll be up there at the weekend.”