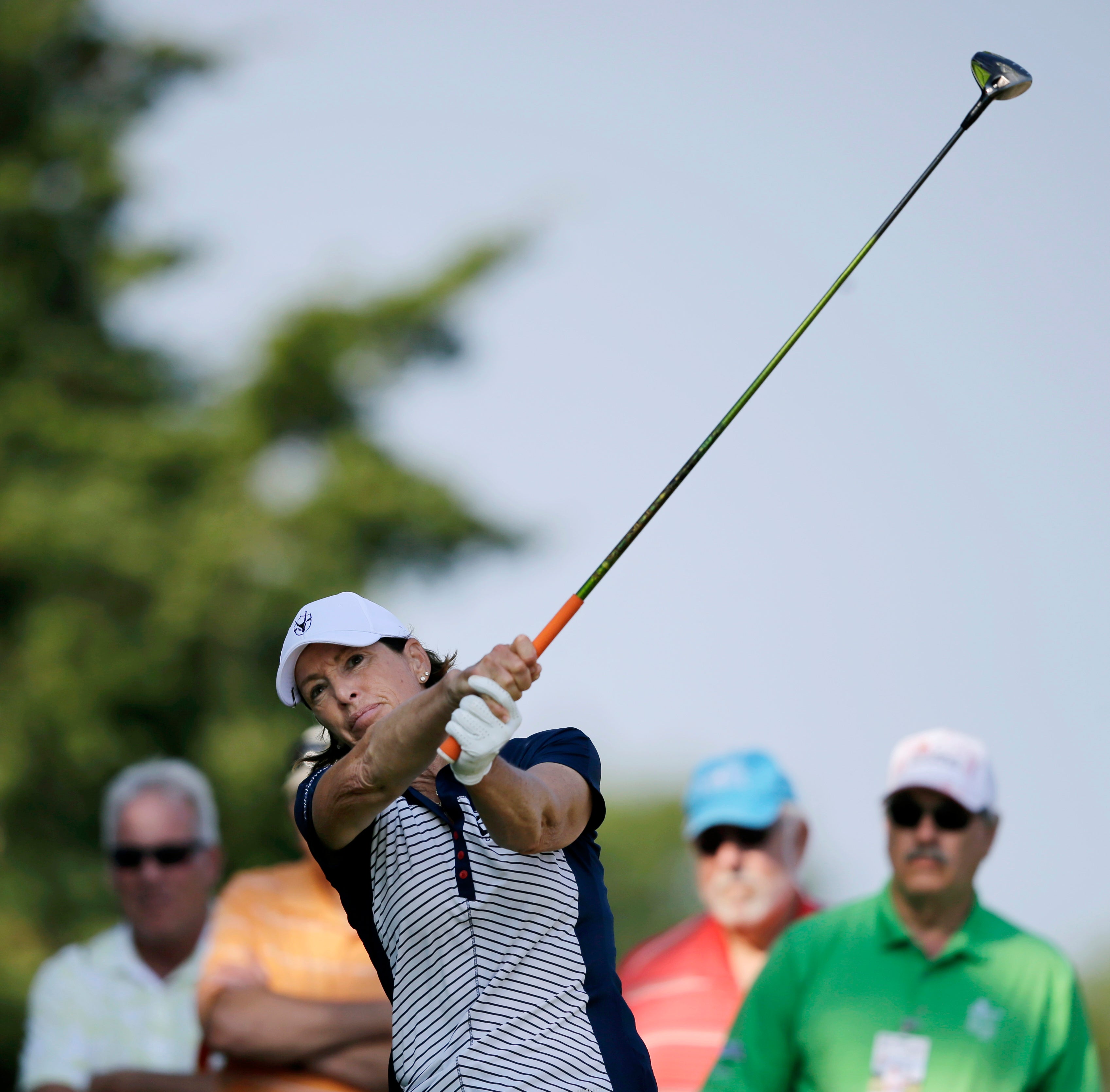 ”If a 55-year-old can win, they can, too,” Inkster said about her Solheim Cup team that will face Europe in Germany on Sept. 18-20. ”This has been a tough year, and I’m really tired right now. I have an outing Tuesday in Detroit, then I’ll be home for a week.”

The Hall of Famer had a 5-under 139 total after opening with a 71 on French Lick Resort’s Pete Dye Course.

”I wasn’t playing very well on the front side, but I birdied 13, 15, 17 and 18,” Inkster said. ”That won the tournament for me. I stayed patient and started hitting it a lot better. I had no idea where I was in the tournament. I just tried to keep making birdies. It was good to win. I feel good.”

Johnson bogeyed the final hole for a 70.

Pat Hurst and Lorie Kane tied for third. Hurst had a 69, and Kane shot 70.

Jan Stephenson won the Super Legends competition for players 63 and older. The 63-year-old Australian shot a 71 for an eight-shot victory over Judy Dickinson. Stephenson finished at even-par 144.

”Winning can never get old,” Stephenson said. ”This was so much fun, and it was really emotional for me. It was for my mom. She passed away earlier in the month.”