Jordan Spieth Closes With 66 In Final Round Before PGA 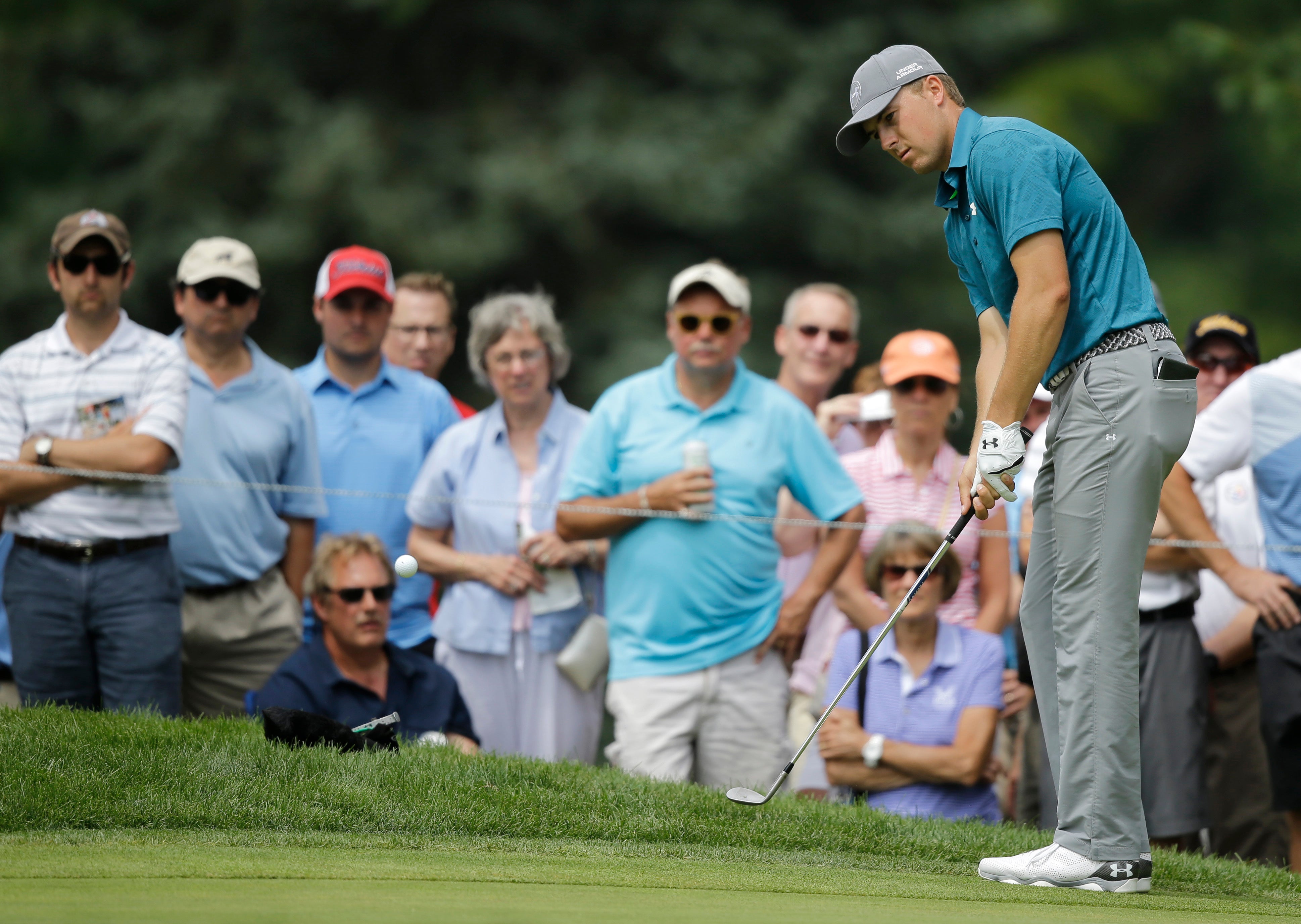 Jordan Spieth chips to the green on the eighth hole during the final round of the Bridgestone Invitational golf tournament at Firestone Country Club, Sunday, Aug. 9, 2015, in Akron, Ohio. (AP Photo/Tony
AP Photo/Tony Dejak

AKRON, Ohio (AP) — If the rest of the year is any indication, Jordan Spieth is trending in the right direction heading to the final major of the year.

Spieth closed with a 4-under 66 on Sunday at the Bridgestone Invitational, his last round before heading to Whistling Straits for the PGA Championship.

Spieth had a 70 and lost in a playoff at the Shell Houston Open the week before he won the Masters. He shot 65 to tie for third at the Memorial in his final start before he won the U.S. Open. And he shot 68 to win the John Deere Classic before he went to the British Open.

Spieth missed out on a playoff by one shot at St. Andrews to end his bid for the Grand Slam.

”I think it helps a lot,” Spieth said. ”We seem to have nice timing with where we’re trending upward this year. Whether that’s the plan we put in place or it’s dumb luck, one of the two, I’ll take it. This golf course just may not be the best fit for me. But going off today and that second round (68), that felt like I’d have been at 10 under through those two rounds anywhere else. So that’s how I’m looking at it.

”I’m looking at it as a nice solid week, and I’ll really just try and feed off of this round more than anything.”

Spieth will try next week to become the first player to win all the American-based majors in the same year. Tiger Woods was the last to have that chance, and he finished one shot behind Rich Beem in the 2002 PGA Championship.

The 22-year-old Texan took himself out of contention with a 72 on Saturday that put him nine shots behind. He accomplished one goal Sunday – he finally hit the green in regulation on the par-5 second hole, the easiest hole at Firestone. He hit 6-iron to 18 feet and narrowly missed an eagle putt.

Spieth said his game feels about the same as it did going to St. Andrews, and that he might be even more confident based on the way he drove the ball at Firestone. Then again, he also realizes the PGA Championship is still four days away and ”that can change in a couple of days.”

His coach, Cameron McCormick, was to meet up with him in Wisconsin to go over a few things.

The first big test comes Tuesday when Spieth and Justin Thomas take on Phil Mickelson and Rickie Fowler in a practice round with more than pride on the line. They last time this group played was at the U.S. Open at Pinehurst No. 2.

”I’m going to try to get the U.S. Open trophy flown in so I can sit it on the front of each green for Phil,” Spieth said. ”That’s just dishing it back. We’ll see if we can get somebody to carry it around. It’s the first time I have something on him.”

Mickelson has finished runner-up a record six times in the U.S. Open, the only major keeping him from the career Grand Slam.