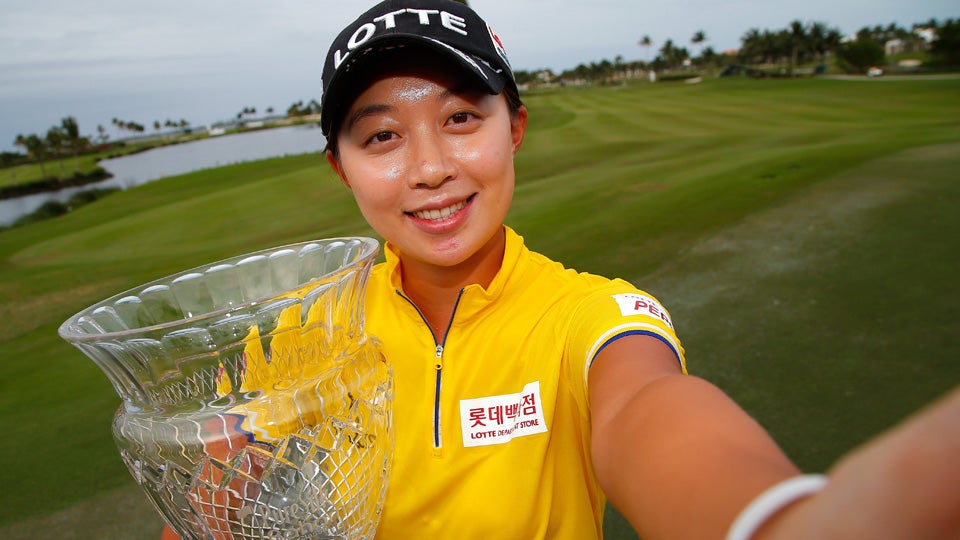 Kim rebounded from a bogey on the 16th hole with a 9-foot birdie putt on the par-3 17th and closed with a par for a two-stroke victory over Lewis, 2015 champion Sei Young Kim and Anna Nordqvist.

Kim closed with a 7-under 66 at the breezy Ocean Club to finish at 18-under 274. The 20-year-old South Korean player has three LPGA Tour victories, also winning the 2014 Evian Championship and 2015 Founders Cup.

Needing an eagle to force a playoff, the third-ranked Lewis parred the par-5 18th for a 68. She has nine runner-up finishes in a 40-event victory drought that dates to June 2014. The 11-time tour winner has 22 career second-place finishes.