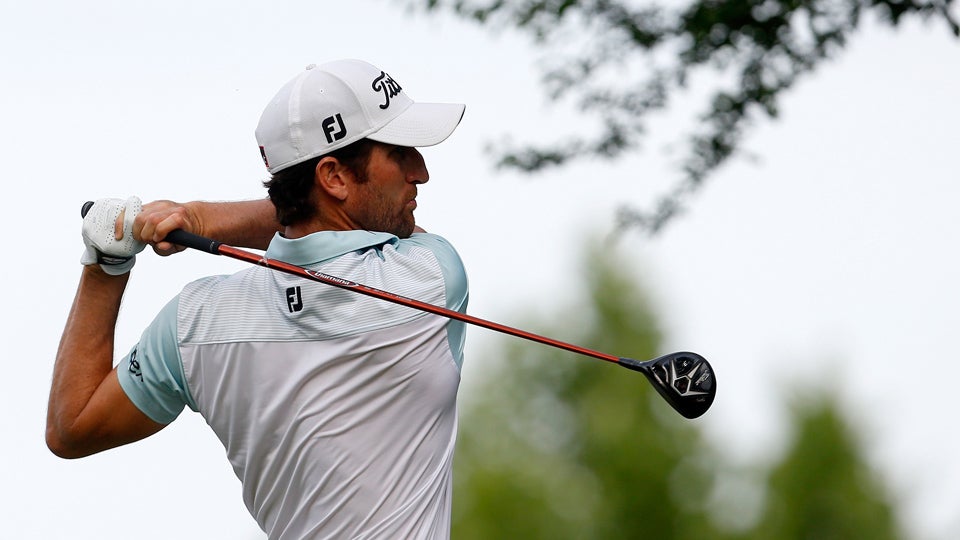 Gregory Bourdy of France tees off during the third round of the Lyoness Open at the Diamond Country Club on June 13, 2015, in Atzenbrugg, Austria.
Getty Images

ATZENBRUGG, Austria (AP) Gregory Bourdy of France carded a 69 to maintain his lead at the Lyoness Open Saturday, two strokes clear of Spain’s Rafa Cabrera-Bello and five ahead of England’s Chris Wood.

Bourdy, eyeing his fifth European Tour win and the first since the Wales Open two years ago, had four birdies to go 15-under 201.

Cabrera-Bello eagled the par-4 third along with six birdies for a 6-under 66.

Wood trailed Bourdy by four overnight but the Englishman lost another stroke, mainly because of a double bogey on the last hole of his front nine.

Scott Jamieson shot a 7-under 65 for the lowest score of the round and the Scotsman climbed to shared fourth position, six strokes off the lead.

Play was interrupted for more than 90 minutes because of thunderstorms.