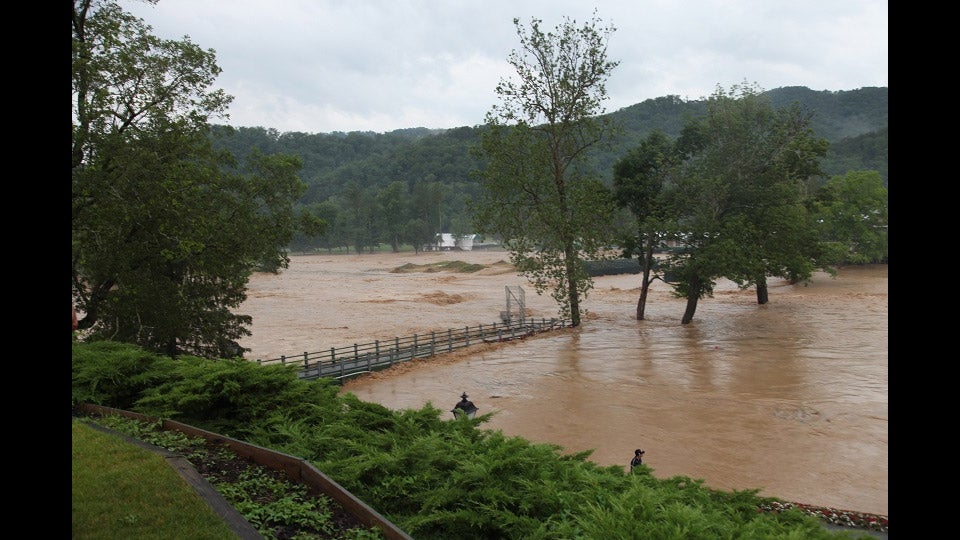 Massive flooding slammed parts of West Virginia on Thursday, a result of widespread thunderstorms. According to abcnews.com, multiple deaths have been reported in the state, as well as damage to homes, buildings and public infrastructure. Multiple counties were affected by the floods including Greenbrier County, home of The Greenbrier Resort, which is set to host the PGA Tour’s Greenbrier Classic next month.

In a statement, The Greenbrier noted that the resort had been inundated with flood waters. Owner and CEO Jim Justice was quoted, saying, “our focus right now isn’t on the property, the golf course or anything else. We’re praying for the people and doing everything we can to get them the help they need.” You can read the full statement below.

PGA Tour player Bubba Watson was on the scene at the resort and posted a video of flooding on the golf course to Twitter.

Watson also posted a photo of the 1st hole covered with water, while offering his prayers to people in the area.

Prayers for @The_Greenbrier & surrounding areas. We are without power & it’s still raining. Never seen this much rain! #WestVirginiaBeSafe

“Statement from The Greenbrier on Flood Situation

Due to the torrential rains that have fallen in Greenbrier County, W.Va., throughout the day, The Greenbrier is experiencing heavy flooding throughout the resort and in surrounding areas. All actions are being taken to keep all guests and Team Members safe, and that is the focus of everybody at this time.

“It’s like nothing I’ve seen,” said Jim Justice, Owner and CEO, The Greenbrier. “But our focus right now isn’t on the property, the golf course or anything else. We’re praying for the people and doing everything we can to get them the help they need.”

More information will be released as it is available.”