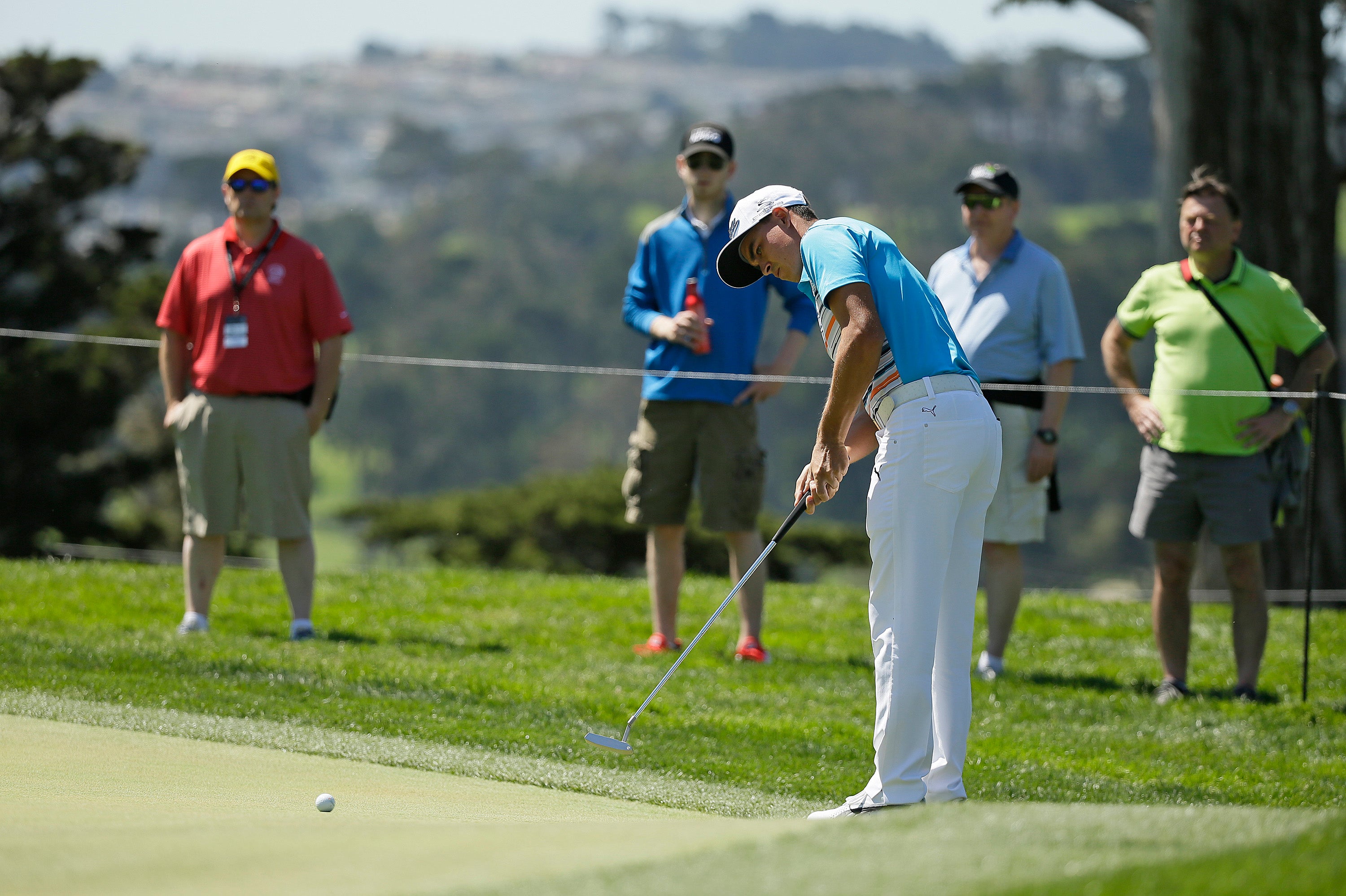 SAN FRANCISCO (AP) — Rickie Fowler escaped with three big putts and beat Shane Lowry of Ireland on Thursday to secure his spot in the round of 16 at the Match Play Championship.

Fowler still has one more match to play on Friday, which effectively is a practice round in the middle of a tournament. He already has won two matches in round-robin play and is assured of having the best record to advance from his four-man group.

J.B. Holmes went 19 holes to beat Russell Henley and then stayed on the course to watch the match behind him. He knew Brooks Koepka had to win or else Holmes would be eliminated. Koepka won the last three holes and wound up beating Marc Warren of Scotland.

Fowler knew he would win his group provided Harris English beat Graeme McDowell, because Fowler had already defeated English. McDowell had a 3-up lead until English rallied to win five out of six holes for a 2-and-1 victory.

”I knew if I won and Harris won, I had a chance at being locked,” Fowler said. ”Obviously, all I can do is take care of my match. Didn’t exactly take care of it the way I wanted to. And the end of the day, I’m happy with it.”

”Definitely a stress reliever right there,” Fowler said. ”Obviously, I still want to go out and play a good match and win the match. In a way, it will give me time to work on stuff and … see if we can tighten the game up a little bit.”

John Senden also locked up a spot in the round of 16 with a victory over Bill Haas. Henrik Stenson’s victory over Brendon Todd ensured that.

It wasn’t all confusing.

Rory McIlroy went the distance to beat Brandt Snedeker, while Billy Horschel had no trouble dispatching Jason Dufner. McIlroy and Horschel are both 2-0 and play Friday to determine who advances to the weekend.

McIlroy and Horschel have some history, though it’s ancient at that. They faced each other in the 2007 Walker Cup, and McIlroy was a little irritated by what he perceived to be excessive emotions from Horschel. They split the two matches they played. Both have talked and laughed about those days, and there are no ill feelings. Then again, they haven’t played each other in match play since then.

”Back then, we were a little bit younger and a little more emotional,” McIlroy said. ”So it was pretty heated. I don’t think tomorrow will be quite so much like that. But still, you need to win or go home. So it’s an important game.”

Gary Woodland put away Ian Poulter, the Ryder Cup wizard who now has lost his last three matches in this tournament. That means Woodland and Webb Simpson, who beat Jimmy Walker, will play Friday for the right to advance.

More scoreboard watching will be in play Friday.

Koepka faces Holmes and only has to win to move on. If Holmes were to win, and if Warren wins his match, there would be a sudden-death playoff among Koepka, Holmes and Warren.

Fowler was hanging on by the brim of his flat-bill cap. Koepka was even more fortunate.

Warren was 3 up with three holes to play when he three-putted the 16th hole from 25 feet. Warren failed to save par on the 17th. And then he had a 3-foot birdie putt to win the match on the 18th and pulled it left. Koepka had to hole a 6-foot putt to save par on the first extra hole (No. 1), and then won it with a 7-iron to 4 feet.

”If I had lost that match, I think I was done,” Koepka said. ”To be able to do that and come back from 3 down with three to play and get the `W’ is special. Hopefully, it bleeds over to tomorrow.”