Everything you need to know about Baker’s Bay, host of #SB2k17 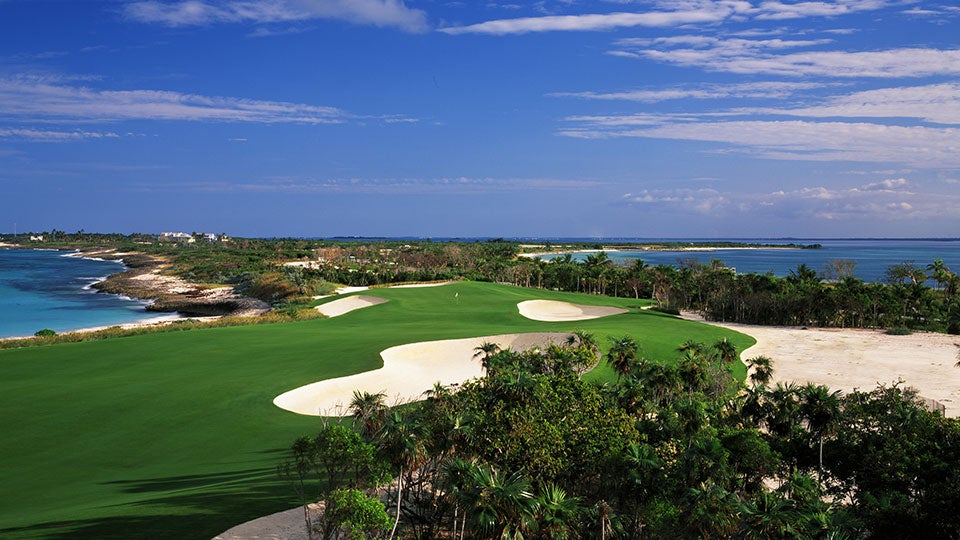 This article first appeared in April 2016, when the “Baker’s Boys” made their initial trip to the Bahamas.

The best photos in golf this week haven’t come from the RBC Heritage or from the LPGA’s Lotte Championship. No, the most eye-catching clicks are coming from the Bahamas, where Jordan Spieth, Rickie Fowler, Justin Thomas and Smylie Kaufman are enjoying frat party-worthy fun and games. Most indelible are the shirtless golf swings on display on a world-class Tom Fazio course.

Men behaving badly? Hardly. At Baker’s Bay, chilling, grilling and swilling in shorts and flip-flops is the norm, not the exception. Muirfield this ain’t.

Baker’s Bay Golf & Ocean Club is nearly always in the news, yet somehow, it flies well below the radar. Remember when the Twittersphere percolated with a golf game involving Michael Jordan, Tom Brady, Keegan Bradley and Luke Donald? That was Baker’s Bay. The island retreat that Ben Affleck and Jennifer Garner called home, before and after their split? Yep. Baker’s Bay. The getaway that Reese Witherspoon and her husband Jim Toth disappear to? You guessed it. Its early member-guests captured Rush Limbaugh, Lance Armstrong and Alex Rodriguez, among others. No, it hasn’t hosted a made-for-TV silly season tournament, but even so, it’s pretty clear: Baker’s Bay is one of golf’s greatest hideaways.

Situated on nearly 600 acres on the northern end of Great Guyana Cay, Baker’s Bay is a six-year-old development from Discovery Land Company, an outfit that’s also responsible for some of the greatest golf communities in North America, from Gozzer Ranch in Idaho, to the Madison Club in Palm Springs and Kuki’o in Hawaii. Phil Mickelson is a Discovery devotee, as is Terry Bradshaw. Still, within the Discovery portfolio, Baker’s Bay stands out, purely for its location, 190 miles off Florida’s southeast coast. Accessible only by boat, seaplane or helicopter, Baker’s Bay offers an idyllic environment and gobs of privacy—perfect for Hollywood families and PGA Tour buddies trips.

“Baker’s Bay has seven miles of beach, which are on both sides of the course,” said Meldman. “So you’ve got different textures to the water going one side to the Atlantic—usually wavy—and there’s a large barrier reef out there, so there’s drama with the surf breaking. On the other side, the Sea of Abaco is usually smooth and flat, like a lake, so you get beautiful colors and sand. Not to take anything away from our other properties, but when most people fantasize about their dream getaway, it’s to a deserted tropical island. This is it. When you layer in a Fazio golf course into that setting, it’s amazing.”

With a front nine that finishes on the Sea of Abaco and the back nine that concludes on the Atlantic, it’s hard to walk off either nine without a big grin. And that goes for the entire golf experience, which could be the most laid back as any in the world. Collared shirts? Not necessary. Shirts? Not necessary either. At Baker’s Bay, it’s all about stress relief. Just relax and do your thing.

And sorry, Jordan. Apologies, Rickie. Yours are not the most famous swimsuit golf swings from Baker’s Bay. That would be the follow-through that went viral by Jason Dufner’s ex-, Amanda, in July 2014. Still, it looks like you guys are having a blast. The Fabulous Baker Boys. Now that’s a buddies trip.