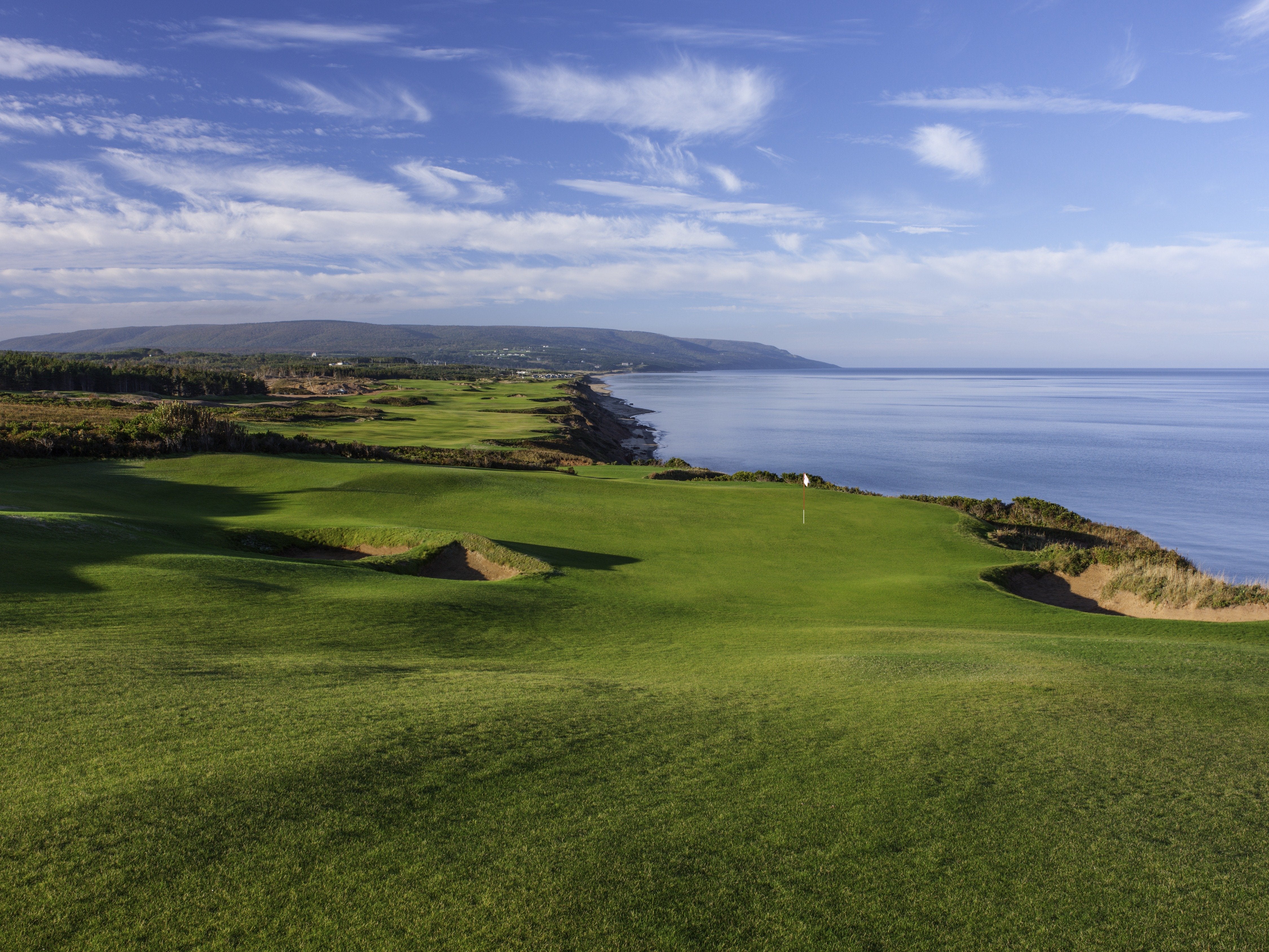 The breathtaking scenery at Cabot Cliffs (17th hole shown) is strikingly similar to the views found a continent away on the Monterey Peninsula.
Larry Lambrecht

Cabot Cliffs co-developer Mike Keiser — he of Bandon Dunes fame — has a simple credo about building remote golf havens: “One course is a curiosity. Two courses is a destination.” Exhibit A? Witness what Keiser and Ben Cowan-Dewar have created in eastern Canada.

Cabot Cliffs opened on July 1, and Keiser and Cowan-Dewar have transformed a depressed coal mining region three-plus hours north of Nova Scotia’s capital of Halifax into a rich sanctuary of seaside golf. Their first course was the Rod Whitman–designed Cabot Links, which debuted at No. 82 in the world in Golf Magazine’s 2013 rankings. The developer duo drafted Bill Coore and Ben Crenshaw to up the ante with the second course, and the design titans delivered in a big way.

Located a half-mile north of Cabot Links, Cabot Cliffs is also at water’s edge but is draped atop more dramatic terrain than its elder companion. At the north end of the property, the cliffs tower more than 100 feet above the Gulf of St. Lawrence, while at the south end dunes nestle close to the beach.

Beyond design tactics, the visual beauty dominates, notably over a closing stretch of holes that promises to rank among the world’s best. The 176-yard, par-3 16th, carved into the cliff edge, brought early visitor Matt Kuchar to say, “I never thought I’d see something that makes Cypress Point look small.”

Such comparisons to heavyweights like Cypress are flattering, but Cabot Cliffs first has to surpass Cabot Links for supremacy in its own neighborhood. Let the sibling rivalry begin.