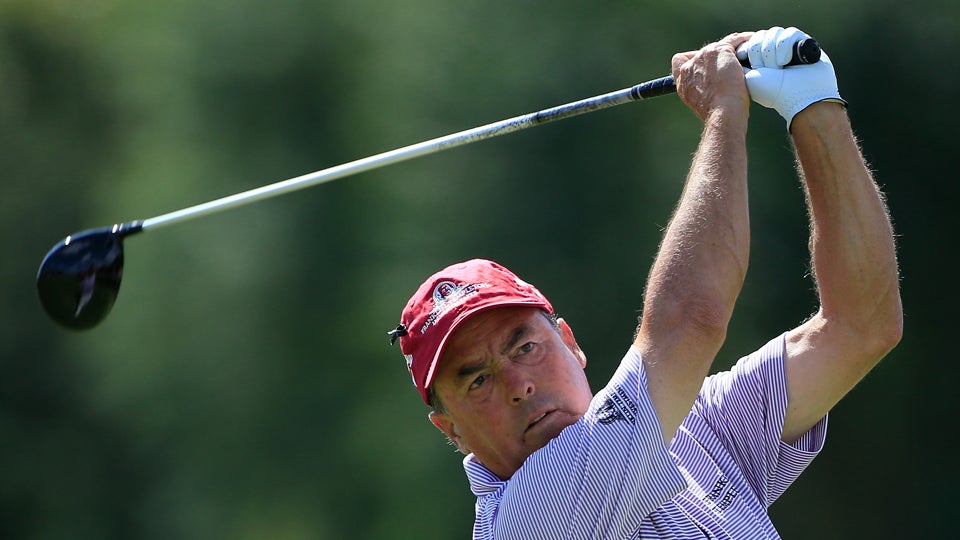 The 57-year-old Browne set the tournament record with a second-round 64 to take the lead at 12 under. Bernhard Langer then matched the record to move into second place.

Rain forced Friday’s first round to be suspended and then completed Saturday morning. There was more rain, but no delays, on Saturday, followed by heavy rain Saturday night and Sunday morning.

This is the first Champions Tour event to be shortened to 36 holes since the 2011 Insperity Championship in Houston.

Browne’s only other career win on the tour came in the 2011 U.S. Seniors Open.

In the three years the tournament has been held, Langer has one win and two second-place finishes.