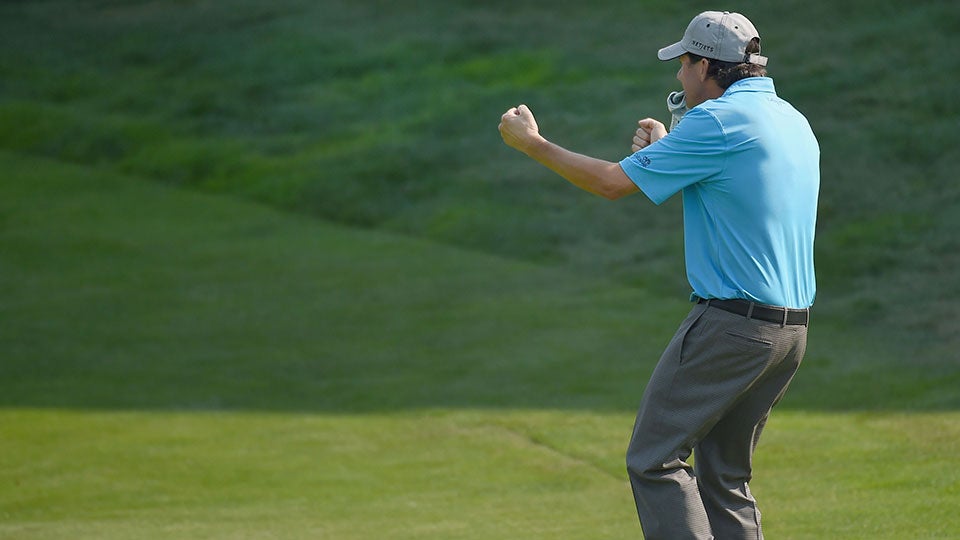 Billy Andrade cheers after playing partner Carlos Franco of Paraguay (not in photo) put his shot close to the hole on the 18th green during the second round of the Boeing Classic on August 22, 2015 in Snoqualmie, Washington.
Getty Images

SNOQUALMIE, Wash. (AP) — Billy Andrade made a 10-foot birdie putt on the par-5 18th hole for a 7-under 65 and a three-stroke lead Saturday after the second round of the Champions Tour’s Boeing Classic.

Andrade began the birdie run with a 25-foot putt on the par-3 13th.

“That started it,” Andrade said. “That (run) was huge. I go from 6 under to 9 and I looked up and had a couple shot lead at the time.”

The four-time PGA Tour winner teamed with Joe Duran to win the Legends of Golf in April for his first Champions Tour title.

“You come out fresh again,” Andrade said about the 50-and-over tour. “There are a lot of competitive golfers. You’re not reinventing your career, you are being competitive with this group.”

Bernhard Langer and Jeff Freeman were tied for second. Langer, the 2010 winner, had a 66, and Freeman shot 68.

Langer, who turns 58 Thursday, birdied five of the final six holes. The German star is trying to tie Gil Morgan for third place on the tour’s career victory list with 25. Hale Irwin tops the list with 45, and Miller Barber has 29.

Langer said the key to his successful longevity is “a big heart.”

“Heart is the biggest thing of all,” Langer said. “A big heart, that you want to win, that you don’t give up. … All winners, that guy that win a lot, that win big tournaments, you’ve got to have a big heart.”

Freeman got into the tournament as an alternate. He has three top-10 finishes in 33 Champions Tour starts.

“It’s tough out there when you don’t have a full exemption,” Freeman said. “You don’t know where you are going, you don’t know if you’re going to get in, you can’t make your plans for the whole year, tough traveling. When you do get in, you have to make the most of it.”

Fred Couples, from Seattle, was tied for fourth at 4 under after a 71. He played alongside Freeman.

“It’s like playing with a rock star,” Freeman said. 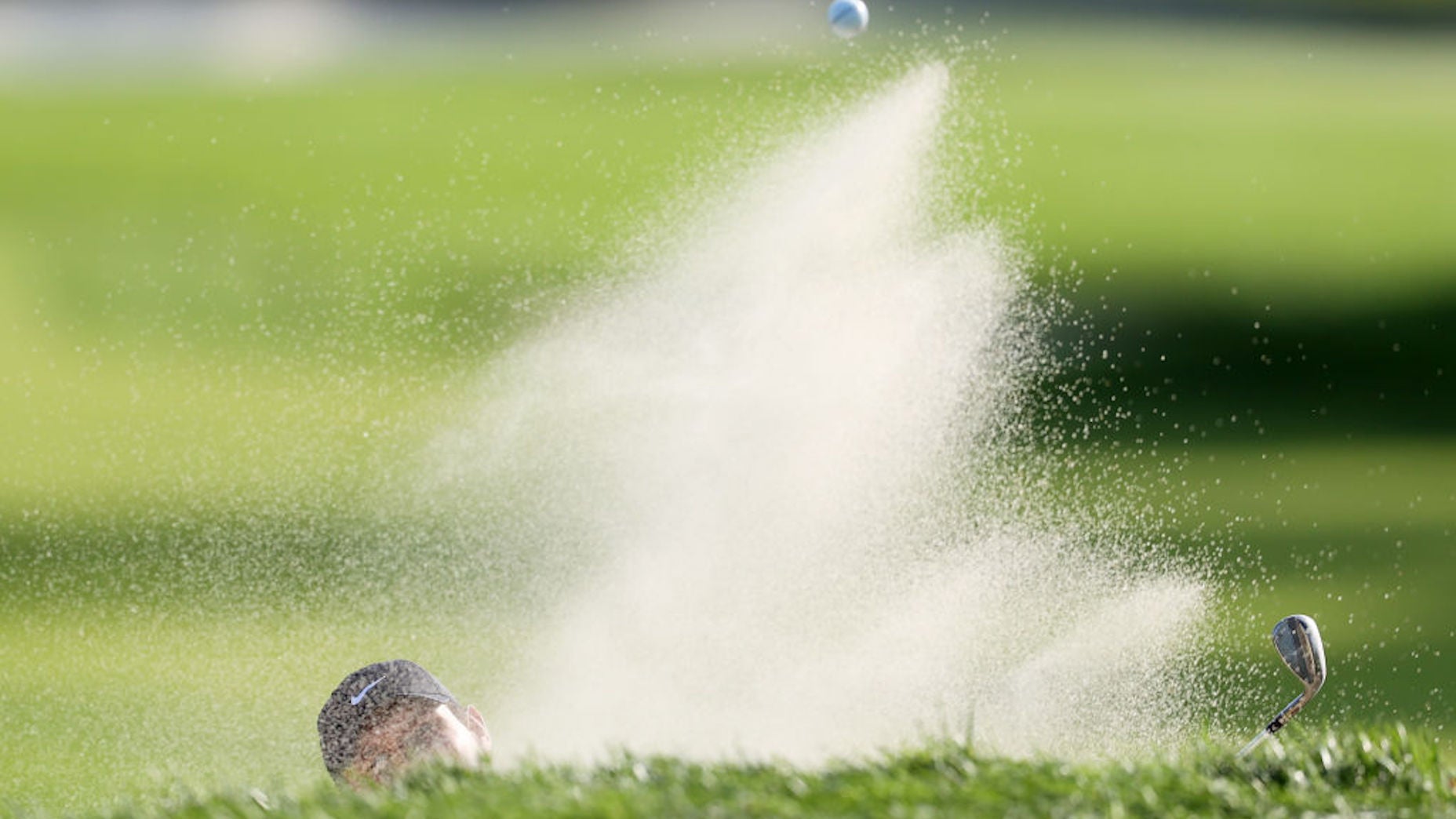 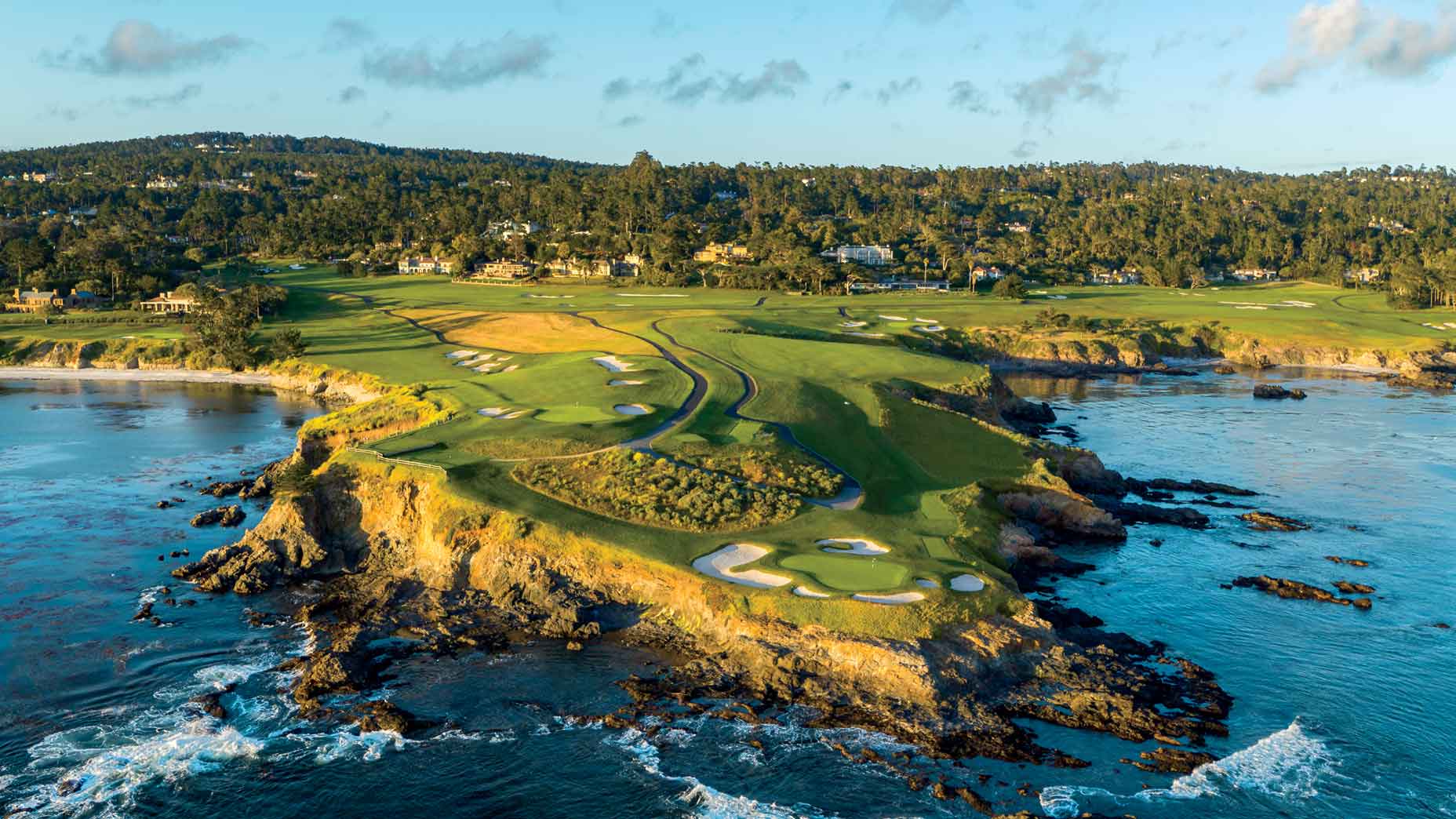