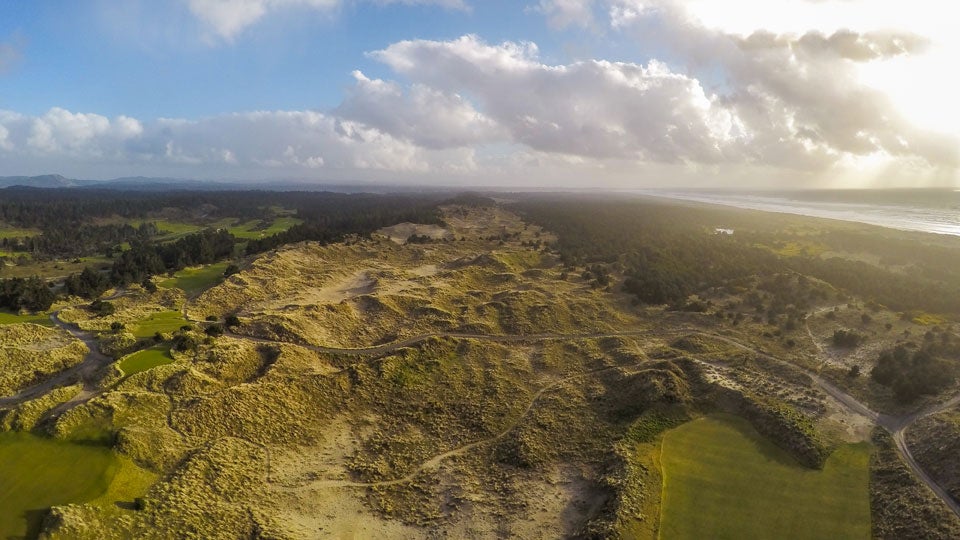 Bandon Dunes is about to get even better.

Of course we do, and wouldn’t you know it, Keiser plans to build them at his Oregon resort, where he’s laid the groundwork for an 11-hole par-3 course, designed by the noted architect Tom Doak.

With holes ranging in length from 85 to 200 yards, the yet-to-be-named course will occupy a knobby swatch of coastal land, just south of Bandon Preserve, the resort’s 13-hole par-3 course designed by Bill Coore and Ben Crenshaw.

“I like the idea of Tom’s work competing side by side with Bill and Ben’s,” Keiser said.

He also likes the idea of broadening the options at a resort already rich in them. Opened in 1999 with just one 18-hole layout, Bandon Dunes has evolved from what Keiser regarded as “a speculation” into one of the game’s great destinations.

Aside from the par-3 Preserve, the property is home to four 18-hole courses on GOLF Magazine’s list of Top 100 Courses You Can Play (Bandon Dunes, Pacific Dunes, Bandon Trails and Old MacDonald), as well as a rollicking putting course called the Punchbowl.

Though an opening date has not been set yet for the new par-3 course, Doak has already supplied Keiser with the routing.

Naming the course is another matter, and Keiser said he’s open to suggestions from the public, so drop a few ideas in the comment section below. If he goes with your suggestion, Keiser pledges to reciprocate.

With a free round of golf, perhaps?

Check out the photos of the site below for some inspiration.