Mike Keiser, owner of the prestigious Bandon Dunes Golf Resort on the Oregon coast, has announced his plan to build another course 15 miles south of the resort has been abandoned.

Gil Hanse had been hired to design the course—dubbed Bandon Links—that was to offer greens fees as cheap as $10 a round for Coos and Curry county residents as well as provide caddie opportunities. According to a release, such low fees would have required tourists fees in the $200-$250 range. Federal regulations require that fees at Bandon Links would have to be comparable to those of other nearby courses, and thus could not legally be high enough to subsidize the low local fees, caddie program and plan for off-site gorse removal. 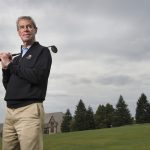 You may also like The Sandman: A Q&A With Mike Keiser, the Dreamer Behind Bandon Dunes

Bandon Links would have been Keiser’s sixth course in the area, in addition to the four 18-hole courses and one 13-hole par-3 course at Bandon Dunes Golf Resort, which Keiser said will not be affected by the project termination. Keiser also stated that he “will seek a site where the same programs would be viable.”

Though the project ultimately failed, Keiser notes a number of successes along the way: His team contributed $450,000 to the acquisition of Whales Cove, helped Oregon acquire a 357-acre parcel of undeveloped land on the coast and contributed $120,000 to Oregon for gorse removal.