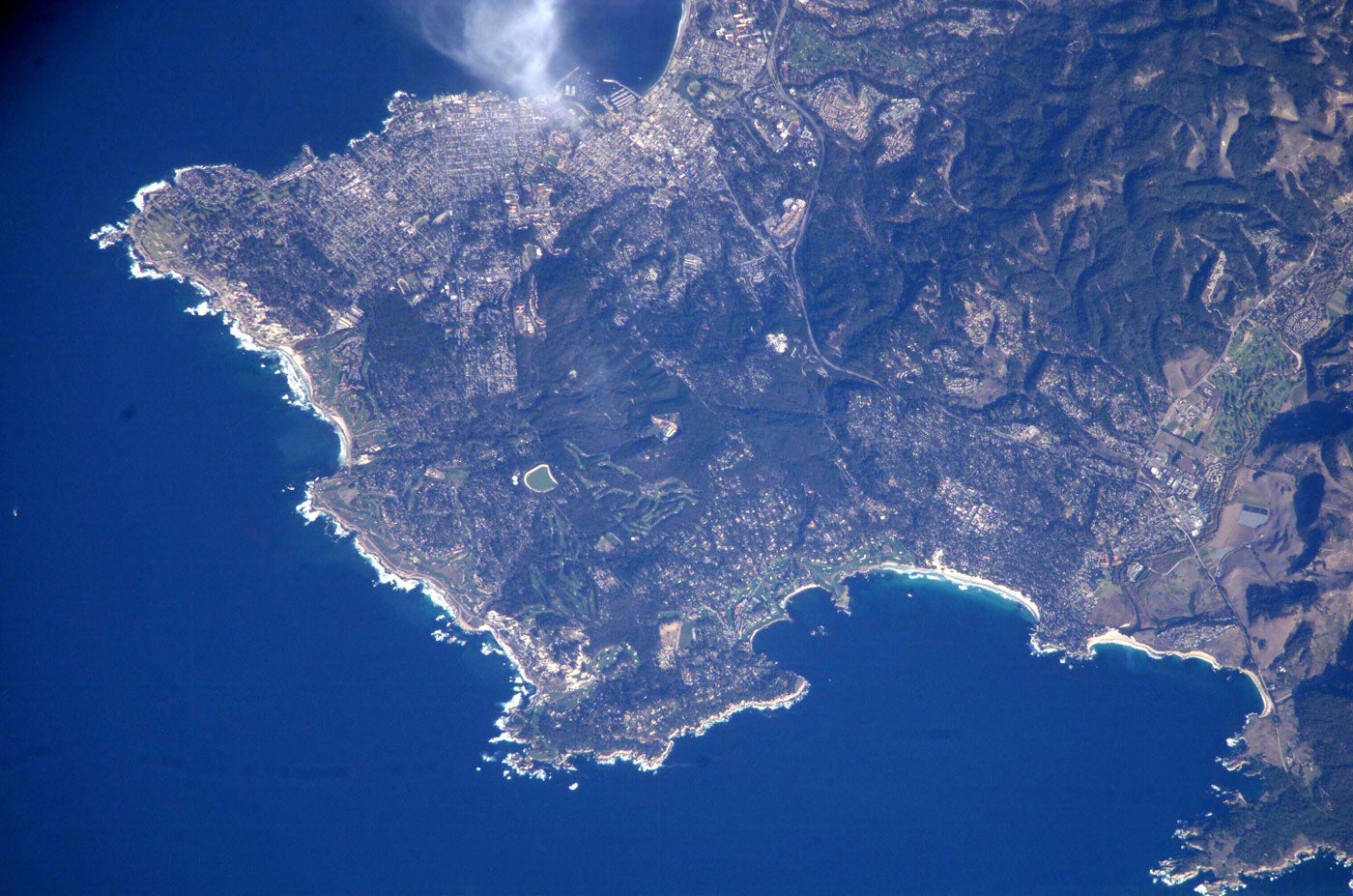 The Monterey Peninsula, as seen from the International Space Station.
Daniel Tani

When you’re cloistered 200 miles above Earth on the International Space Station, there are only so many ways to spend your downtime. Reading, exercising, tweeting William Shatner. During his four-month residency aboard the $150 billion satellite, Daniel Tani found a more creative hobby: photographing golf courses.

“I’ve got a fantastic picture of the Monterey Peninsula,” Tani said the other day. “You can make out all the holes at Cypress and at Pebble Beach.”

Snapping courses from space isn’t easy, and not just because of the absence of gravity or because of cloud interference far below. The space station, a bit longer than the length of a football field and with the living space of a six-bedroom house, orbits the earth at more than 17,000 miles per hour, or 280 miles per minute. That doesn’t leave much set-up time.

“I had about 10 seconds to find a course, frame it and photograph it,” Tani says.

And photograph courses he did. Cape Kidnappers in New Zealand. Pinnacle Point in South Africa. Old Head and Ballybunion in Ireland…

And is that…yes, Bandon Dunes!

“The two that I’m kicking myself for not looking for were Augusta and Pine Valley,” Tani says. 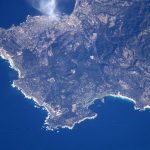 You may also like Pebble Beach, Cypress Point, Cape Kidnappers From Space

This was back in late 2006 and early 2007 when Tani was on his second of two missions on the station. (His first came during an 11-day stint in 2001.) It’s not unusual for spacemen and women to wile away the hours at the station’s 360-degree bay window snapping photos of sunrises, swirling typhoons or Italy by night. But Tani appears to be the first astro-shooter to focus on golf courses.

When he was about 10 or 11, Daniel started beating golf balls around a field near his suburban Chicago home. By junior high, he had graduated to a par-3 course. But even through high school and his under- and postgrad days studying mechanical engineering at M.I.T., he never took the game too seriously. Then one of his older brothers moved to Scotland. On visits, Tani played some of the ancient links and his appreciation for the game grew. On side trips to Ireland, he pegged it around Dublin, through Kerry in the west, and up to Sligo in the north. He got washed out on his first visit to Old Head, on a stunning spit of land just south of Cork, but there was still plenty of sunshine that day: He met his future wife, Jane Egan, who was then the club’s business manager.

The heaving dunes of Ballybunion especially resonated with Tani. He joined as an overseas member and returns when he can, usually on family vacations. Tani, who is 54, estimates he’s about a 15 handicap, up from 11 or 12 in his prime. With three school-age children and an executive role at Orbital ATK, an aerospace firm in Dulles, Va., he doesn’t have much time for golf these days. But he’ll occasionally slip out to the 1757 Club, a daily-fee facility near his office.

Alan Shepherd may have been the first astronaut to bring a 6-iron to space, but you’d be hard pressed to find an astronaut who loves the game more than Tani. NASA permits its crews to bring several small personal items aboard the shuttle. On his first mission, Tani brought a Ballybunion logo golf ball and a St. Andrews flag that now hangs across the street from the Old Course in the British Golf Museum. On his second mission, he took a yellow Ballybunion flag, which he pinned to a space station wall. He didn’t pack his clubs, but that didn’t stop him from taking a few cuts with the 2½-foot aluminum stick that strapped-in crew members use to reach switches.

While Tani was in orbit, the doctor who monitored his physical and mental health arranged for Tani to speak via satellite link with Steve Elkington and Jim Furyk. Elk provided Tani’s ground team with an autographed ball, which a crew member on Tani’s return flight delivered to the station. During his chat with Furyk, the line cut out. “I’m sure he’s still scratching his head over why an astronaut wanted to talk to him from space,” Tani says.

Tani has completed six spacewalks, some exceeding seven hours. He never has had the satisfaction of whacking a ball into the starry abyss, but, in 2005, one of his predecessors did, Russian cosmonaut Mikhail Tyurin. For a promotion sponsored by a Canadian club company (the cash-strapped Russian space program stages more marketing stunts than a minor-league baseball team), Tyurin teed up a foam ball and blasted it—actually, it was more of a shank—into orbit. “That was disappointing, because he didn’t know anything about golf,” Tani says.

Tani stayed connected to the game through the 400 mm lens on his Nikon D2x. Courses sped through his viewfinder, so he would study maps to find geographic features—a bend in a river, say, or a distinctive piece of coastline—that would signal to him that a course was nearby.

Links courses, which blend in with their surroundings, proved especially difficult to identify. “Even on the ground it’s hard to see what’s course and what’s parking lot,” he says. It took Tani a month to locate and shoot Bandon Dunes, which sits on a barren stretch of coastline in southern Oregon. (It didn’t help that Tani only vaguely knew of Bandon’s whereabouts or that at the time the space station didn’t have Internet access to assist with his search.)

Other courses he stumbled upon by dumb luck, like the time he spotted hole outlines on the northwest coast of Costa Rica. Tani contacted his wife, who researched the course’s coordinates and identified it as an Arnold Palmer design at a Four Seasons resort. “That was a find,” he says.

One hundred and 20 days of weightlessness can do funny things to the human body, so when Tani returned to Earth he didn’t exactly bolt for the first tee. Like all astronauts, he went through 45 days of physical therapy to strengthen his muscles, and he found himself misjudging turns on the road. Tani once told the New York Times that the acclimation process is like “getting on the Tilt-a-Whirl”—the amusement ride—“sitting on that for a couple of months and then getting off.”

And when he finally did tee it up?

Tani laughed. “I don’t remember any adaptation issues,” he said.

But he does remember something else about those first rounds back: How liberated he felt strolling across a windswept Irish links with “ocean and hills as far as you can see.”

“I’m not quite sure how to explain it,” he said. “It’s just that great feeling you get of being back on Earth and having the whole world in front of you.”