This week our courses and travel expert Joe Passov answers your questions on where to find the best rounds in Southern California, Scotland and Nashville. Got a question about courses, travel or resorts? Visit our Facebook or Twitter page to send them our way.

I’m going to Southern California for a four-day trip. What are the top-four courses for me to play while I’m there? — Rob Findlay, Twitter

Congrats, Rob! You win this week’s award for vaguest question. Where are you going in SoCal? L.A.? San Diego? Orange County? Palm Springs? Santa Barbara? Or are you just doing the whole destination? I still want to help, so let’s limit this to public-access courses within an hour of Los Angeles. Now, I don’t know how you voted in the last election, but Trump National Golf Club Los Angeles ($230-$300) in Rancho Palos Verdes is a winner, no matter what your party affiliation. Ranked No. 27 in our Top 100 Courses You Can Play, the world’s only Donald J. Trump Signature design will have you fired up to experience its spectacular bluff-top setting above the Pacific, some 40 minutes south of LAX. Draped atop cliffs amid the rolling horse country of the Palos Verdes Peninsula, no course in America offers such exquisite ocean vistas for four and a half hours. Pete Dye and Tom Fazio contributed to Trump’s original design and most recently Gil Hanse has installed some classical features. Yes, it gets a bit cramped in spots, but for views, conditioning, amenities and service, it’s your SoCal standout.

Next up is a drive down the coast — to Newport Coast in Orange County, where The Resort at Pelican Hill ($300-$320) resides, between L.A. and San Diego, just south of Newport Beach. Two superb tracks await, each with staggering Pacific Ocean vistas. While Ocean North is the longer, stronger, more consistent test, Ocean South delivers the individual holes that will linger longest in memory. Dating to 1991, the elder of the Tom Fazio courses here features wide fairways, coastal breezes and landscaping and the usual artful Fazio shaping. Most memorable are the back-to-back oceanside par-3s at 12 and 13, the latter a two-green setup with the putting surfaces separated by an enormous sand feature. Stick around for a stellar finish, highlighted by a double canyon crossing at the 453-yard, par-4 18th. Oh, and do partake of the stellar 19th hole, in the company of some of SoCal’s most beautiful people. Without question, the Southland’s best bargain is Rustic Canyon Golf Course ($29-$82). Perhaps the best bang for the buck in the United States, this Gil Hanse/Jim Wagner/Geoff Shackelford design 45 minutes north of L.A. engages at every turn, thanks to an easy-to-walk routing with tremendous variety that allows for run-up shots galore. The course name is rooted in holes that are crisscrossed by barrancas and framed by native sagebrush and steep cliffs and by the old-fashioned shaggy-fringed bunkers. Don’t turn up your nose at the price tag — it’s ranked No. 95 in the U.S. in GOLF’s Top 100 You Can Play for its design and playability, not for its green fee.

The L.A. area and its surrounds sport a dozen other worthy layouts, but I’ll get in a special plug for one of its shortest, the nine-hole layout at Terranea Resort in Rancho Palos Verdes. Terranea’s inspired collection of one-shotters serves up a totally satisfying golf experience in an hour and 15 minutes. Origins Golf Design’s Todd Eckenrode built a walking-only, oceanside gem 17 miles south of LAX that demands your full arsenal of short shots, thanks to regular breezes, a variety of contours on the greens and a sophisticated bunkering.

My family is going to Scotland for a week this spring. Are there any off the beaten path courses you would recommend? — Anthony Santoro, Facebook

There’s nothing quite like knocking off Scotland’s trophy courses from your bucket list. What comes awfully close is sampling the many hidden gems in the place where golf was invented. North Berwick’s West Links ($101-$161) is where I’d start. Even though it’s hardly hidden anymore, its lack of tournament pedigree and miniscule yardage from the tips (6,551) cause some to overlook it. Don’t. It’s as much fun — with its combination of quirk, scenery and linksy shot-making — as any course in the world. Home to the legendary “Redan” hole, the par-3 15th, this 139-year-old antique also serves up “Pit,” the par-4 13th which features a low stone wall in front of the green, “Gate,” the par-4 16th with its bizarre double-plateau green and a short par-4 18th where even a casual push could shatter car windows. 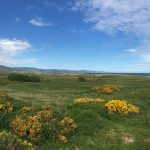 Cruden Bay ($101-$175) comes a close second for the same reasons. Both rank in the World Top 100, yet too often get passed over by folks looking for a steady diet of British Open venues.

For a real find, try Askernish ($34-$60) in the Outer Hebrides. The ultimate cult course among cognoscenti, this once-abandoned 1891 Old Tom Morris/Horace Hutchinson design had been virtually abandoned until 2005. Its remote island location, a hindrance to some and a powerful enticement for others attracted architect Martin Ebert and superintendent Gordon Irvine, who restored what they could and recreated elsewhere, with the result being a lay-of-the-land links as natural as anything in golf. Every links aficionado should go off the beaten path from the trophy courses at least once, for a traditional experience and there’s no better place to indulge than at Brora ($54-$91), a 1924 James Braid creation where roaming herds of cows are frequent companions. The sea spray on the green at the par-3 9th is akin to being up front at the state fair log ride.

Perhaps 15 minutes from St. Andrews, but a world away in pomp, is Crail’s Balcomie Links ($47-$128), the 7th-oldest golf club in the world. A par-69, and a shade under 6,000 yards from the tips, Crail may be too short and quirky for everybody’s tastes, but if you embrace the odd blind shot, holes that criss-cross each other, brisk breezes and sea views from start to finish, you’ll be crazy about Crail.

I’m going to a bachelor party in Nashville. Where should I play while I’m there? — Michael Hammer, Facebook

Start with breakfast at Pancake Pantry, Vince Gill’s guilty pleasure, next to Vanderbilt’s campus, then head for more country fun at the Gaylord Springs Golf Links at Opryland Resort ($55-$79). Connected to the Gaylord Opryland Resort and Convention Center, this Jeff Brauer/Larry Nelson design was once known as Springhouse and played host to the Champions Tour from 1994-2003, when Lee Trevino, Hale Irwin and Gil Morgan were past winners. Wetlands, limestone bluffs and the Cumberland River are among the handsome hazards.

Report to the 36-hole Hermitage Golf Course if you have time for one or two more rounds. President’s Reserve ($66-$76) is the stronger of the two tests, stretching 7,157 yards as it dodges water, woods and wetlands. The 6,773-yard General’s Retreat ($56-$66) offers the better tournament pedigree, having played host to the LPGA’s Sara Lee Classic from 1988-1999, where trophies were handed out to Nancy Lopez, Laura Davies and three times to Meg Mallon, among others. Close out your Music City trip by clubbing it on Broadway’s Honky Tonk Row and call it a weekend.

I’m in the market for a new travel bag. What are a few good options? — Joe Greenman, Instagram

I have to confess that I’m a confirmed Club Glove guy ($249-$369) for the past 20 years. They come in three sizes, including an XL, where you can stuff rain gear and an extra pair of shoes with ease. And they offer a “Train Reaction” system where you can attach the golf bag to other Club Glove luggage and wheel the whole thing around. My favorite Club Glove story took place in 2009 at Los Angeles’ LAX. I was returning from the season-opening PGA Tour Champions event in Hawaii and wandered over to the oversize baggage claim belt, where I was joined by two others — Tom Watson and Bernhard Langer. As the bags rolled out, Watson said, “Ah, everybody waiting for their Club Gloves. These things last forever!” For the most part, I’ll agree, except for one grotesque forklift mishap at JFK.

I must say, however, that amid my ever-increasing aches and pains, I’m intrigued by what I see and hear about Sun Mountain’s ClubGlider ($249.99-$349.99) series which features a leg mechanism that extends and retracts and pivoting caster wheels. I have friends that swear by it, and it sure looks smooth zipping through airports.

I’m making my way out to the Phoenix Open in February. I’ll have a free day to play somewhere myself. Where should it be? — Jason Tonno, Instagram

You might need some time by yourself given the 200,000 enthusiastic folks who will surround you at the Waste Management Phoenix Open — and that’s Saturday alone! Clearly, you can’t play the TPC Scottsdale’s Stadium course, unless you qualify for the tournament. Good luck with that, by the way. For a trophy experience, I like Troon North’s Pinnacle and Monument courses ($39-$239), especially if you’re a decent stick. Pinnacle gets the slight edge, but Monument has just reopened after re-grassing all eighteen greens, and I can attest the conditioning in flawless, having just played it Dec. 7.

For a total wow in a Flintstones-like setting, Boulders South ($55-$235) — especially the front nine — is unforgettable, and for the total package — golf, scenery, service, conditioning, vibe, you can’t go wrong with Grayhawk’s Talon or Raptor ($60-$230). Granted, none of these courses are cheap come late January/early February, but if you’re only going to do one course, make it count. 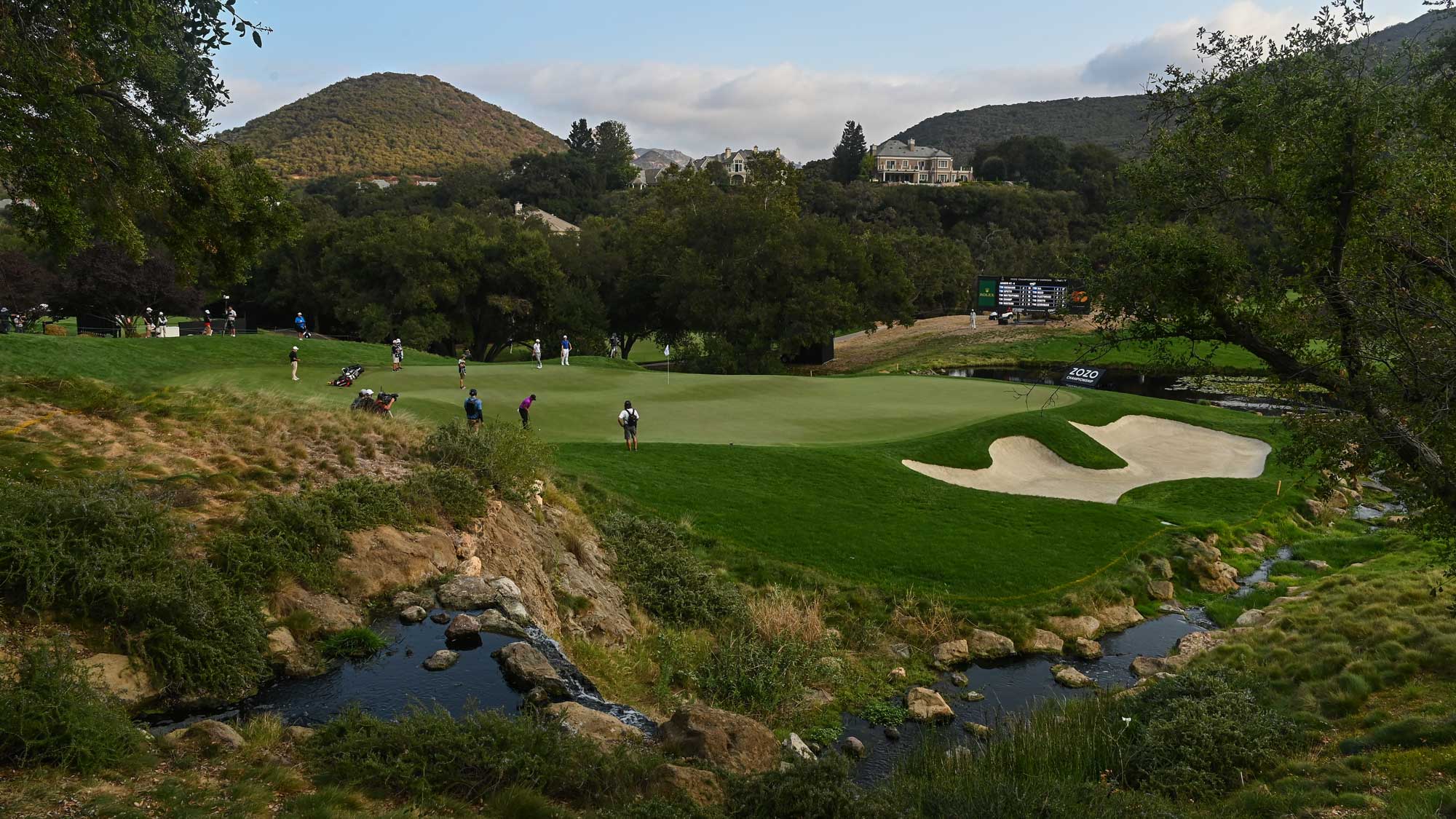 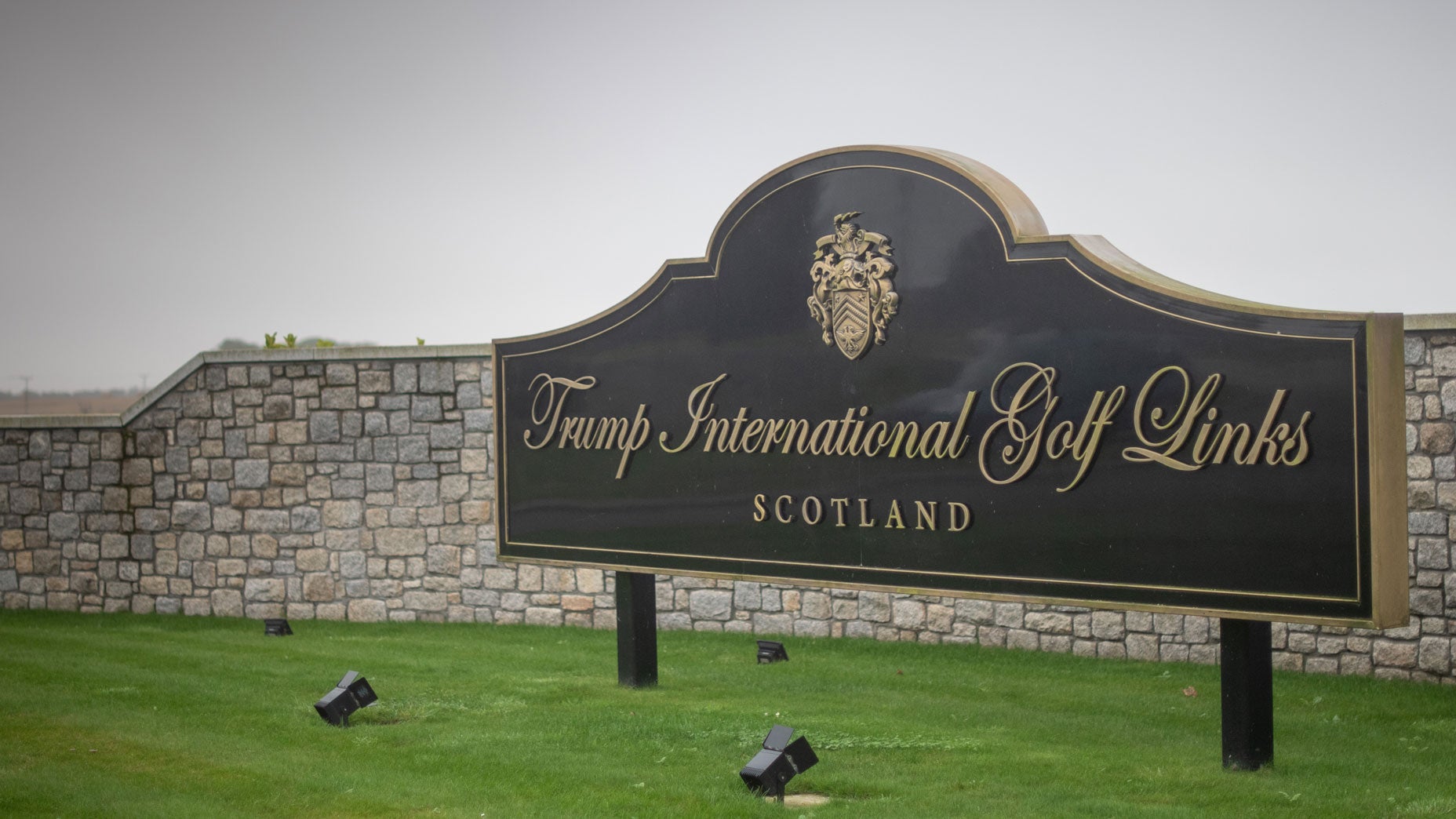