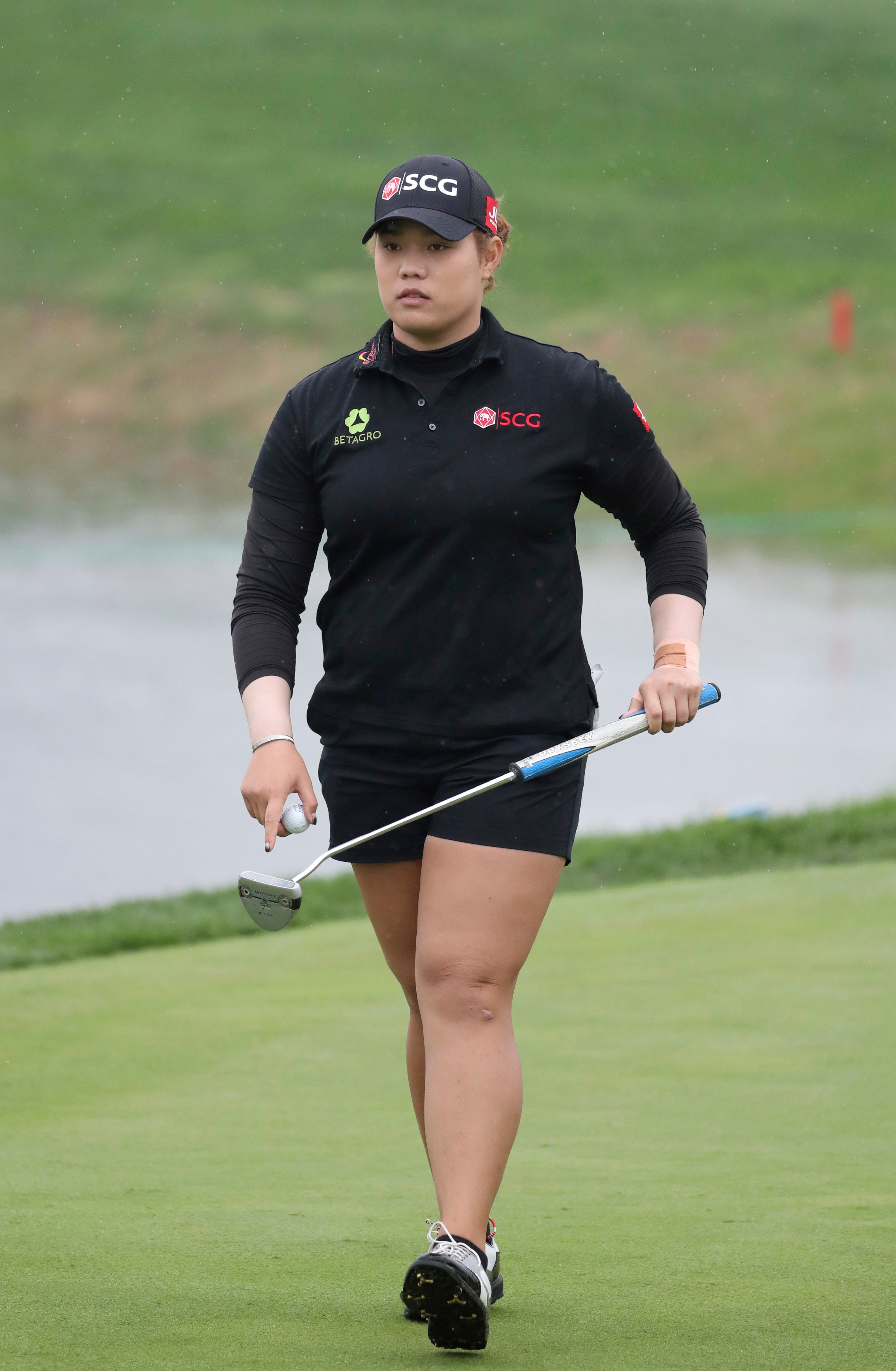 IBARAKI, Japan (AP) Ariya Jutanugarn chipped in for birdie on the final hole Friday for a 6-under 66 and a share of the lead in the TOTO Japan Classic, the LPGA Tour’s first tournament in the Tokyo area since 1991.

Jutanugarn birdied six of the last 11 holes in a bogey-free round at fan-packed Taiheiyo Club, holing out from 35 feet on the par-4 18th to join Soo-Yun Kang atop the first-round leaderboard. The 20-year-old Thai star also chipped in on the par-4 10th.

”I played good,” Jutanugarn said. ”I missed a few tee shots, but I made some putts and those chips.”

She leads the LPGA Tour with five victories and has a 13-point lead over Lydia Ko in the player of the year standings, not that she’s looking that far ahead.

”Right now, no,” Jutanugarn said ”I just try to have fun and enjoy every shot that I hit the ball. That’s what I’m trying to do.”

After a week in steamy and stormy Malaysia, the players wore jackets and sweaters in cool conditions on the pine tree-lined Minori Course. Jutanugarn tied for 43rd in Kuala Lumpur after finishing third the previous week in China.

”Last week, I was just a little bit off with my tee shot,” Jutanugarn said. ”Today, I just tried to be a little bit more positive and not think about last week and try to have more fun.”

The 40-year-old South Korean player won the LPGA Tour’s 2005 Safeway Classic and is now a regular on the Japan LPGA. She won the Suntory Ladies in June for her second Japanese title.

”I like Japan, people here, foods, and everything,” Kang said.

”I think you have to be a good ball-striker to play well here,” the Texan said about Japan.” I just like being here. It’s one of my favorite countries that we visit. I think you just kind of come with good vibes.”

Wearing a jacket and rain pants to keep warm on the sunny day, Lewis rebounded from a bogey on the par-4 15th with a birdie on the par-5 17th. The 11-time tour champion is winless in 61 starts since June 2014.

She tied for 33rd in Malaysia in her first start since September.

”I took five weeks off,” Lewis said. ”I didn’t play a lot this fall and only played two over in Asia. I just needed a break. It was like starting the year again.”

”Things definitely are changing,” Lewis said. ”I’ve changed my schedule. Changed the way I do things. You just have different priorities and kind of realize there are other things to life other than just playing golf all the time. The schedule is going to change because of it, but that doesn’t change how you play on the golf course. You can still win. You just have a little bit more enjoyment off the course.”

Ha Na Jang and Sandra Gal were two strokes back at 68 in the sixth and final event on the LPGA Tour’s fall Asian swing. Jang won last month in Taiwan for her third victory of the year.

China’s Shanshan Feng, the winner in Malaysia, topped the group at 69 along with Minjee Lee, Suzann Pettersen, Cristie Kerr, So Yeon Ryu and 2008 and 2010 winner Jiyai Shin. Lee won two weeks ago in China for her second victory of the year. Shin won the JLPGA event last week in Saitama.

American Lexi Thompson birdied the final hole for a 73. In May in Japan, she won the JLPGA’s World Ladies Championship Salonpas Cup.

The top-ranked Ko had a 74, making two birdies and four bogeys.

”I didn’t strike the ball very well,” Ko said. ”The driver and irons, nothing was really clicking and when it’s like that overall it’s really hard to give yourself a lot of birdie opportunities. I struck the ball a little better on the back nine, but still it wasn’t great.”

”We had a few days to work with each other and I think it’s been going pretty good,” Ko said. ”I think when I’m out there I need to trust him and he trusts me. It’s been fine. I need to do my role better. Hit the ball better and all that, but it’s been good and he’s got a lot of experience and he brings that to the game.”