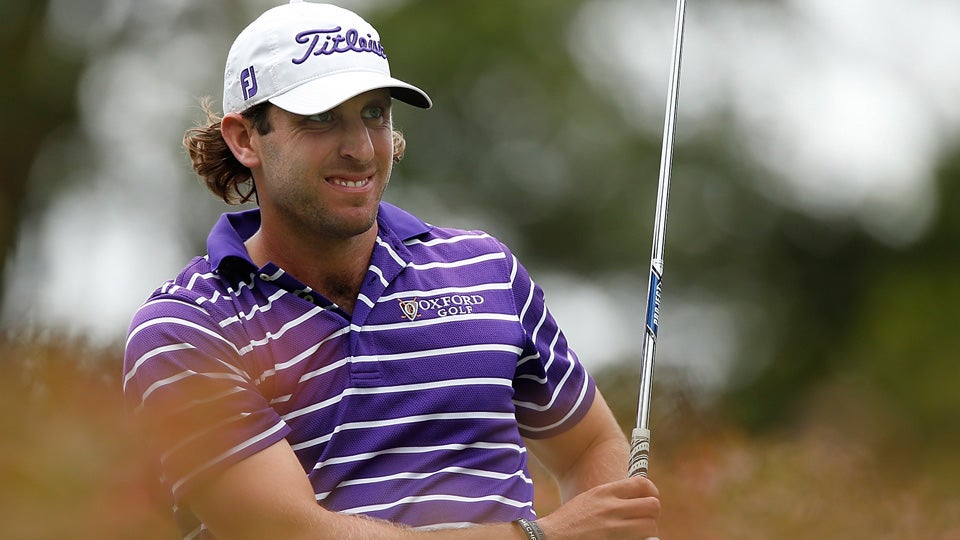 Loupe closed with a 1-under 70 for a two-stroke victory. The 26-year-old former LSU player finished at 5-under 279 on Ohio State’s difficult Scarlet Course.

”I knew what I had on the line,” Loupe said. ”I just kept telling myself to take it on this week.”

Loupe birdied the par-4 14th to take the outright lead.

”It’s been a long time since I’ve won,” Loupe said. ”I guess I’ve got to cherish these moments. It’s hard to win in golf. But I always believed. I’ve been telling myself for a long time that I could do this. To be honest, this course stood out to me. I thought that it was probably my best chance to get one just because you can use length as an advantage a little bit out here.”

Loupe earned $180,000 to jump from 30th to third on the series money list with $190,642 with one event left. He finished 198th in the PGA Tour’s FedEx Cup standings to drop into the four-event series for the top 75 players from the Web.com Tour money list, Nos. 126-200 in the FedEx Cup standings and non-members who earned enough money to have placed in the top 200 had they been eligible to receive points.

The top 25 players on Web.com Tour regular-season money list earned PGA Tour cards. They are competing against each other for tour priority, with regular-season earnings counting in their totals. The other players are fighting for another 25 cards based on series earnings.

Third-round leader Roberto Castro, Tom Hoge and Bronson Burgoon tied for second. Castro finished with a 75, Hoge had a 69, and Burgoon shot 70. They also secured PGA Tour cards, earning $74,667 each.

”I think we’re all thinking about that the whole time,” Hoge said about trying to lock up a tour card. ”I knew that I probably had to finish top 10, and so that was the whole focus.”