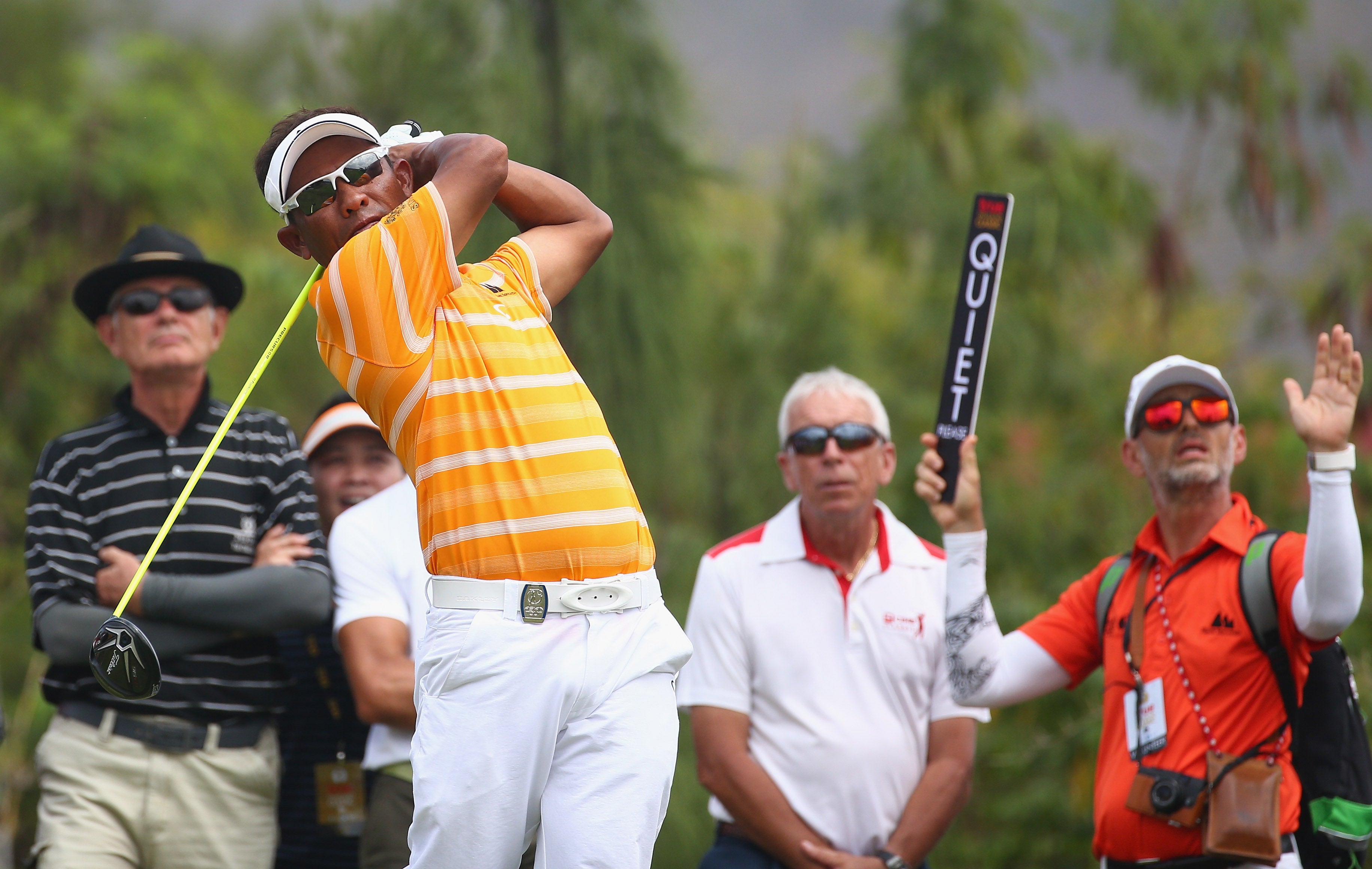 Thongchai Jaidee in action during the final round of the 2015 True Thailand Classic at Black Mountain Golf Club on Feb. 15, 2015
Getty Images

With overnight leader Hend, who started the round with a one-stroke lead, and Thongchai struggling on the greens, the man from Queensland produced a bogey-free 67 to seal the victory with a 16-under-par 272.

It was the 29-year-old’s second European Tour win after he won in Great Noida, India five years ago.

”There are no thoughts at the moment. I’m speechless,” said Dodt. ”I played well. I got off to a good start today, hung in there during the middle, tried to make pars on the tougher holes.”

Six-time European Tour winner Thongchai, with four birdies against a bogey and a double bogey, settled for a final-round 71 and joint second with Hend, whose final round included three birdies and three bogeys for a 72.

Canadian Richard T.Lee finished joint fourth after a bogey free final-round 66 for a 274 total, along with Kiradech Aphibarnrat (70) and American Jason Knutzon (67.)