Adam Scott Off to Solid Start at Arnold Palmer Invitational 2015 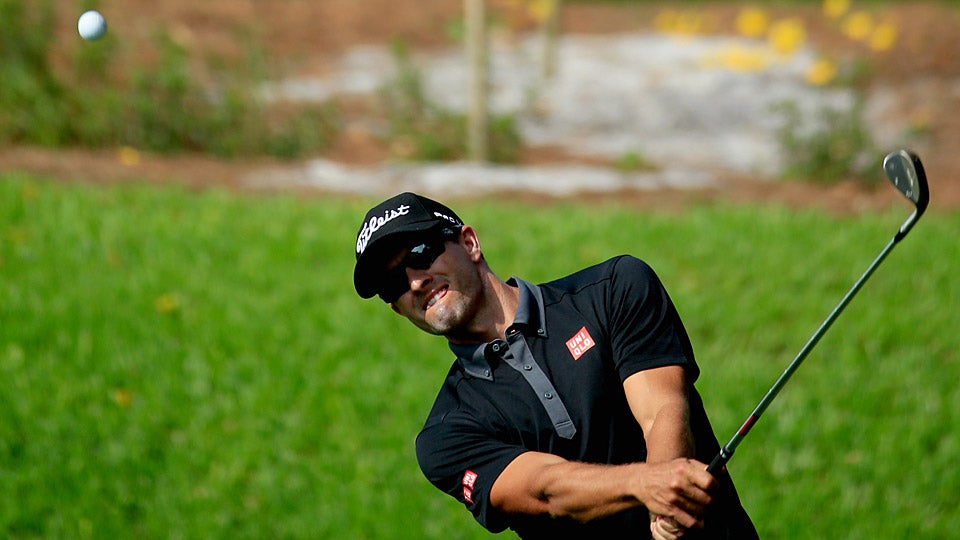 Adam Scott during the first round at Bay Hill.
Getty Images

ORLANDO, Fla. (AP) — Adam Scott is off to another good start in the Arnold Palmer Invitational with a 4-under 68 that put him one shot behind the early leaders on a warm Thursday.

Scott didn’t start quite as well as last year when he tied the course record with a 62. He only cares about finishing better. He couldn’t hold a seven-shot lead on the weekend.

Kevin Na, Ken Duke and Jason Kokrak each had a 67 among the morning starters. Henrik Stenson, Brandt Snedeker and Billy Horschel were among those with Scott at 68.

Scott is still using a short putter, though he switched between a claw version of the grip for the shorter putts and a conventional grip for the longer putts.

Rory McIlroy played in the afternoon.