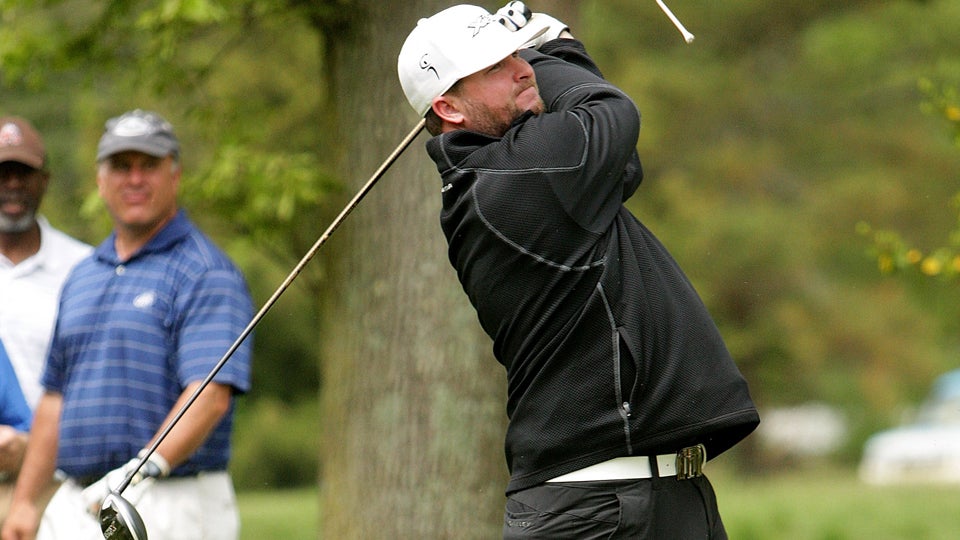 The long wait for a long drive was worth it.

For a long while, it looked as if the World Long Drive Championship might not be held in 2015 once ReMax stunningly bowed out as the event sponsor after 20 years.

There still isn’t a title sponsor in place but Golf Channel, the Long Drivers of America and the WinStar World Casino and Resort have put together a partnership to ensure that the 40th World Long Drive Championship will be held as usual and televised.

How close did we come to having no World Long Drive Championship?

“I can tell you it was really close,” said Art Sellinger, chief executive officer and owner of Long Drivers of America. “They (Golf Channel) called at the 11th hour, pretty much the 11th-and-a-half-hour for us. It was really down to the wire. So we were very, very close.

“It takes an incredible amount of money to produce two nights under the lights with quality TV production and paying out a quarter-million-dollar purse with grandstands and hospitality. It was important for us to do this—having a year off would have been a big blow. Golf Channel is helping us significantly.”

The long drive finale will feature a lot of new wrinkles. Here is what’s new:

The venue. The event moves to WinStar World Casino and Resort, which is located in Thackerville, Okla., about an hour north of Dallas and just across the Red River and the state line in Oklahoma. In recent years, Las Vegas and Mesquite, Nev., have hosted the World Long Drive finals.

The coverage. Golf Channel will expand its live airtime of the event to two consecutive nights, Oct. 20-21, for the semifinals and finals. Last year when Jeff Flagg, a former first baseman in the New York Mets farm system, edged Jeff Crittenden by a mere 13 inches in a thrilling duel, only the finals were shown live. Once again, Golf Channel will christen October as Long Drive Month on the network.

The purse. It’s still $250,000 but last year, TV execs thought it would be more compelling to make it a winner-take-all payout. This year, the 16 semifinalists will earns checks—the payout scale has yet to be finalized.

The qualifying. Due to the last-minute nature of organizing this shootout, the usual regional qualifying won’t be possible. Instead, competitors will be able to buy an entry and then take part in the week-long eliminations. Twenty-eight of the 64 finalists will be players receiving exemptions—like recent long drive champs, Flagg, Tim Burke, Jamie Sadlowski and other successful long drivers. The other 36 will be the survivors of the qualifying eliminations, Oct. 14-21.

The format. Once the competitors are down to 64 players, they will go to match play and be squared off in a bracket just like the NCAA basketball tournament. The matches will be best two-out-of-three with each player hitting six drives and the longest shot wins.

“You go head-to-head and the other guy beats you, not the weather or a bad bounce, said Sellinger. “Anything can happen in one six-ball set but in best two-out-of-three, the best guy wins.”

The elimination format for the final 16 and final eight competitors is still under consideration.

The future of Long Drive looks brighter after this deal, according to Sellinger.

“There’s room on the air for more than just one long drive event,” Sellinger said. “I think that’s what this will show. In the future, I think there will be a steady diet of long drive on Golf Channel. I’ve spent so much time with their upper management people and they like long drive, they really care a lot about what they put on their air, and they really want this event on the air. Our relationship with Golf Channel is what made this possible.”