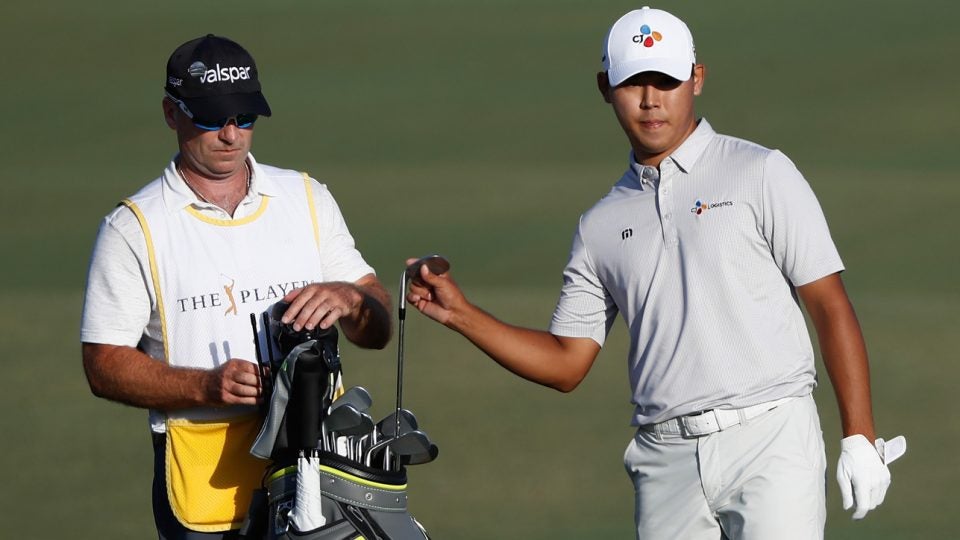 Si Woo Kim made his second PGA Tour win a big one at the Players Championship, shooting a three-under-par 69 in the final round for a 10-under total. Kim’s outstanding final round allowed the young South Korean to top runners-up Ian Poulter and Louis Oosthuizen by three shots and earned him long-term exemptions into the Players as well as all four majors. For his trouble Kim also took home $1,890,000. Here’s a full list of the gear he used to get the job done: