Will Tiger Woods qualify for the 2020 Olympics in Tokyo?

With the 2020 Olympics getting closer and closer, pro golfers are keeping their eyes closely on the standings to see if they will qualify. Unlike in 2016, when many top pros qualified but chose not to play, they’re all interested this year (except for Adam Scott). Another difference between this year’s Games and those in Rio? Tiger Woods is in the mix.

Woods was sidelined in 2016 due to repeated injuries which also prevented him from qualifying for the Olympics. Before that, golf was not a part of the Olympics, having been removed from the Games after 1904.

Fast forward to 2020 and Tiger is fully healthy, seemingly at the top of his game, and eager to get his hands on a gold medal. But no matter how much he wants to play, there is one problem Tiger still has to iron out: actually qualifying for the event.

Despite having captured his fifth green jacket and 15th major title in 2019, and winning the inaugural Zozo Championship in October, Tiger hasn’t secured his spot in the Tokyo Olympics just yet.

According to the official qualification rules, the two top-ranked players from each country qualify for the Olympics. In addition, the entire Top 15 in the Official World Golf Ranking get a spot in the stroke-play tournament. 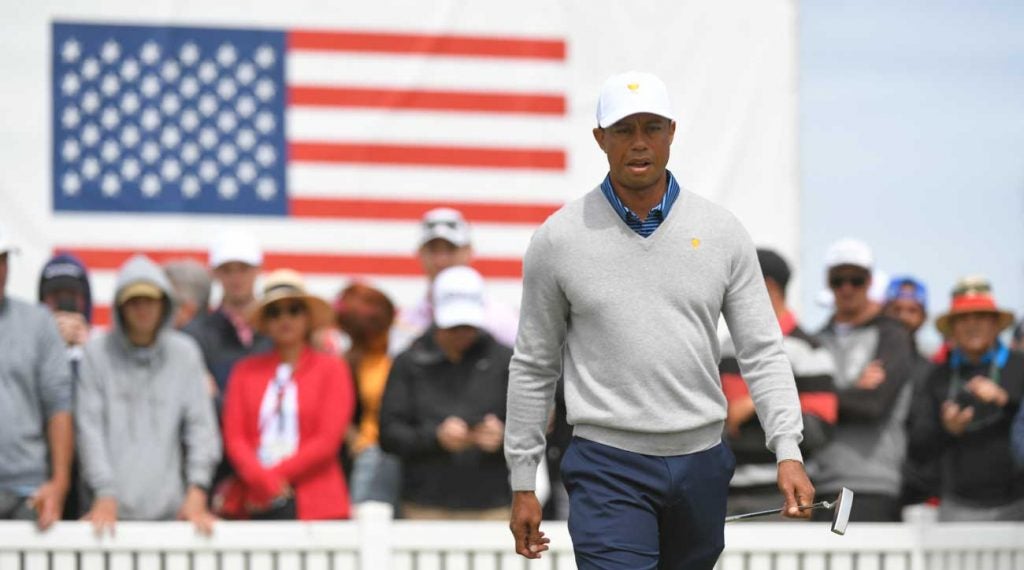 But there’s a catch, one that could prevent Woods, the world’s sixth-ranked golfer, from earning a spot. No more than four players from one country can qualify for the Olympics. As of this Monday, Tiger is the fourth-ranked American, having just sneaked past Patrick Cantlay to earn that honor. In front of him in the rankings are World No. 1 Brooks Koepka, World No. 4 Justin Thomas, and World No. 5 Dustin Johnson.

Qualification for the men’s Olympics golf event, which runs July 30-August 2, ends on June 22, one day after the U.S. Open (and weeks before the Open Championship). So Tiger will need to stay in front of Cantlay and all the other American players until then to punch his ticket. Cantlay is currently ranked 7th in the OWGR.

Woods is making his first start of the year this week at the Farmers Insurance Open at Torrey Pines. He’s won the Farmers seven times, and if he were to capture his eighth title it would go a long way in laying claim to the much-coveted fourth spot on the American men’s golf delegation. Though he hasn’t confirmed the rest of his 2020 schedule, we estimate that Woods will play eight Tour events between now and the June 22nd deadline, including the Farmers.

News
Tour Confidential: Will Tiger Woods progress or regress in 2020?

There is one scenario that could see Tiger playing in the Olympics even if he doesn’t end up as one of the top 4 Americans. As mentioned before, plenty of players sat out the 2016 Olympics, so if Tiger finished in fifth in the rankings but someone above him dropped out due to injury or otherwise, Woods would get in.

Or, as Karen Crouse pointed out in the New York Times, someone could be pressured into sacrificing their spot for Tiger.

“There may be some of that,” Peter Dawson, the International Golf Federation’s president, told Crouse. “I’m sure Tiger wouldn’t want to get into the Games that way.”

Woods tees off for the first round of the 2020 Farmers Insurance Open in search of his 83rd PGA Tour win at 12:40 p.m. ET on Thursday.