Why the PGA Tour Should Dump Donald Trump 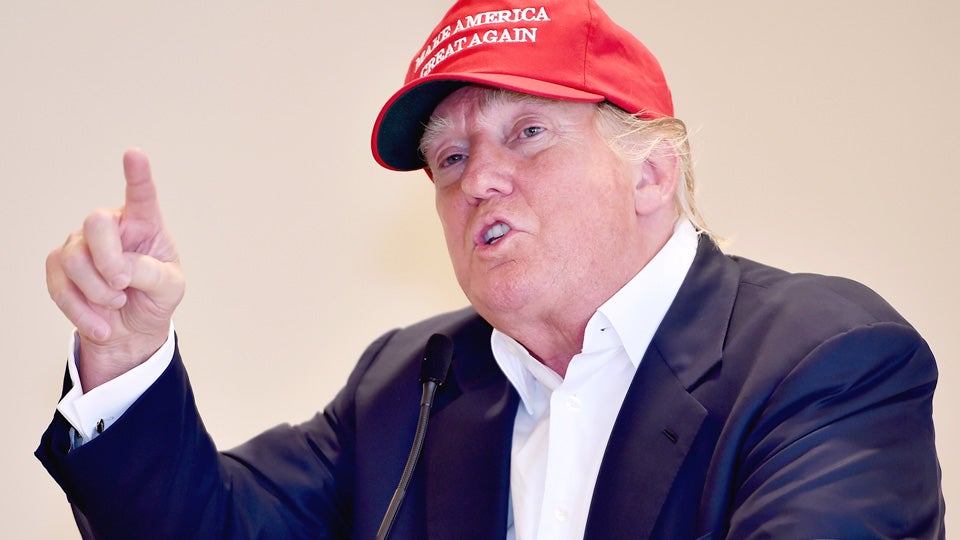 Take a deep breath, everyone. Hold your nose. Let’s all try to get through this week’s WGC-Cadillac Championship at Trump Doral without suffering any permanent brain damage from its off-gassing owner. No small ask, we know. But money makes no apologies, and well, Donald Trump might just be our next Commander-in-Chief.

That’s the unfortunate subtext in the PGA Tour’s official statement on why it is still in business with the xenophobic Republican presidential frontrunner even as golf attempts to broaden its global reach by, among other things, reestablishing itself as an Olympic sport in Rio.

“We continue to stand by our earlier statement, and the statement of other golf organizations, that Mr. Trump’s comments are inconsistent with our strong commitment to an inclusive and welcoming environment in the game of golf,” the Tour said in response to an interview request from GOLF.com Monday.

One can only assume that the Tour is referring to Trump’s assertion that Mexico is sending us its rapists, and his call for a ban on all Muslim travel to the U.S., but, really, take your pick. Trump also has insulted women in his scorched-earth campaign.

“The PGA Tour has had a 53-year commitment to the Doral community,” the Tour’s statement continues, “the greater Miami area and the charities that have benefited from the tournament. Given this commitment, we are moving forward with holding the 2016 event at the Blue Monster. We are focused on this week’s competition and making the 2016 Cadillac Championship the best tournament possible.”

There are so many problems here it’s hard to know where to start. It was only two years ago that the PGA of America swiftly fired President Ted Bishop for calling Ian Poulter a “lil girl” on social media. Compared to Trump’s bombast, Bishop’s slip-up seems small, but context is everything. Golf was and is in the midst of a reckoning as it deals with declining participation; the sport needs little girls to feel welcome at their local course, not wondering why one of the sport’s leaders would use “lil girl” as an insult.

Fast-forward to today and the game is still actively attempting to broaden its appeal, taking into account any and all suggestions: speed it up, enlarge the hole, add a soccer ball, hack the golf cart until it looks more like a surfboard. The Olympics are expected to help by giving golf exposure to kids in the furthest reaches of the globe, kids whose dads don’t usually crack open a cold one and watch the Tour on weekends.

To do all that and for the Tour to still associate with the noxious, bloviating Trump is the equivalent of getting a haircut, buying a new suit, and then dipping your necktie in applesauce.

But let’s say, in an attempt to get up to speed, kids across the world actually do watch this weekend’s WGC from Trump Doral. And let’s say some of those kids are Mexicans. Or Muslims. What message is the Tour sending by sitting on its hands?

“Immediately after the completion of the 2016 tournament,” the Tour said in an earlier statement, “we will explore all options regarding the event’s future.”

That’s too late. The Tour missed a golden opportunity to “control the message,” to “clean up the optics,” to tell Trump that his brand of bullying has no place in the game. It would have been inconvenient. It would have been messy. Breaking up is hard to do.

The PGA of America has tried to get it right. A quarter century ago they nudged Alabama’s Shoal Creek, host of the 1990 PGA Championship, to add its first black member. Then, in 2014, the association came down on Bishop. Last fall, in response to Trump’s incendiary remarks about Mexicans, the PGA of America took another stand: canceling its Grand Slam of Golf because it was slated for Trump’s course in Los Angeles.

It’s time the PGA Tour made a statement of its own. A real one.