Who’s Hot Heading Into the PGA Championship at Whistling Straits? 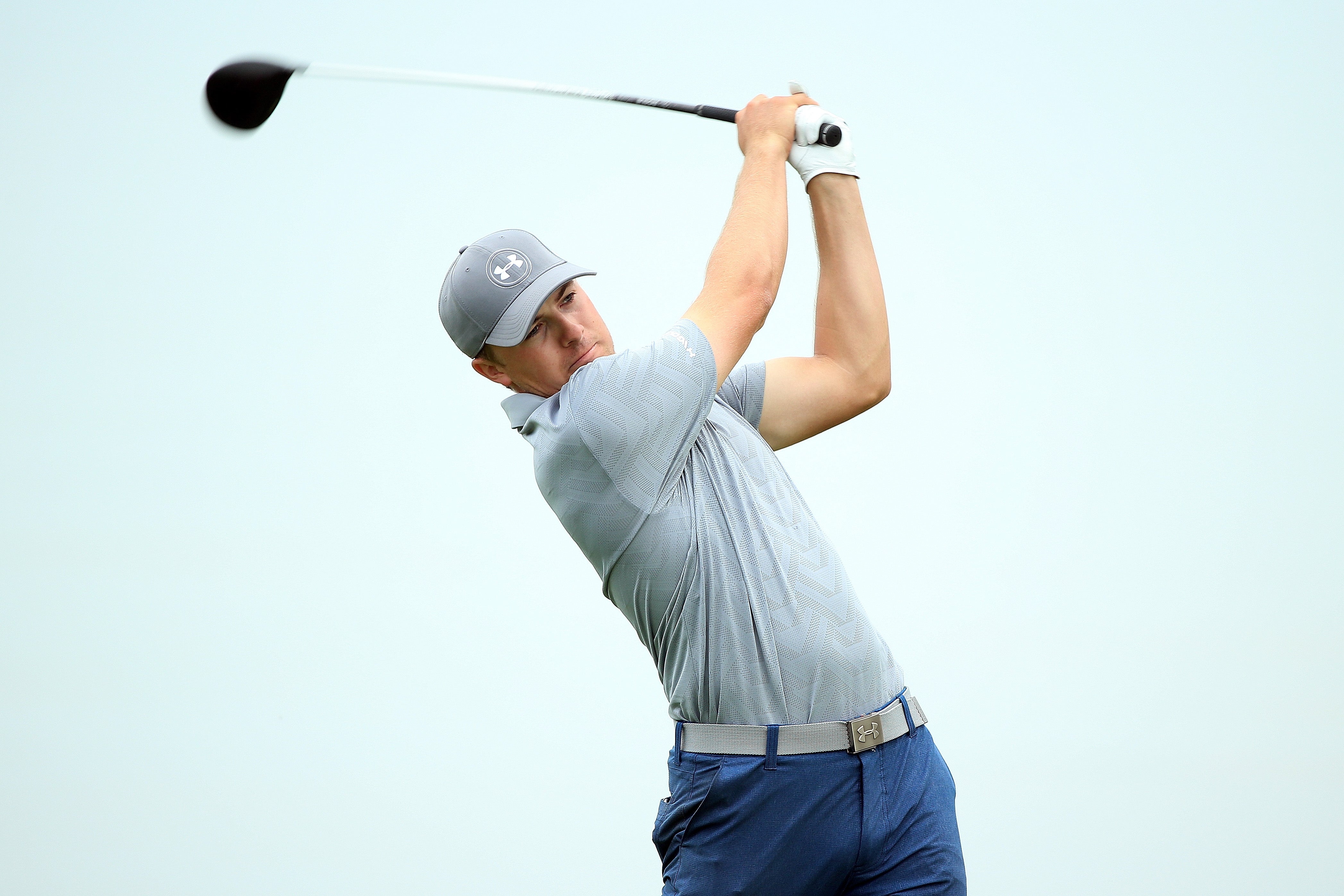 Jordan Spieth tees off during a practice round ahead of the 2015 PGA Championship at Whistling Straits.
Andrew Redington / Getty Images

Firestone, site of last week’s WCG Bridgestone Invitational, is not a course that sets up well for Spieth’s game, but the 22 year-old showed just how well-rounded his game has become, rallying to a T-10 finish despite hitting just 26 fairways through four rounds. The reigning Masters and U.S. Open champ will face similar challenges at Whistling Straits, a course that rewards players who hit it long and straight. He currently ranks 42nd in total driving and 41st in ball striking, but despite those seemingly mediocre numbers, he also ranks 2nd in strokes gained tee to green. The grand slam may have eluded him—this year, anyway—but a win for Spieth at the PGA Championship would still rank among golf’s greatest achievements, as Ben Hogan in 1953 and Tiger Woods in 2000 are the only pros to have won three majors in a single year.

As with Spieth, Firestone wasn’t Day’s cup of tea, but he still managed to finish T-12, a good indication of just how great he’s playing right now. Whistling Straits should also bring back some positive memories for Day, as he grabbed the first of his nine top-10 major finishes there in 2010, thanks mainly to a 3rd round 66. Statistically, however, the course could prove a challenge, as the Aussie is 83rd in total driving and 50th in ball striking. Despite that, he’s clearly got the game to contend, but he’ll need to scramble and putt better than he normally does if he hopes to make a major run on Sunday.

For the third tourney in a row, Rose found himself in contention on Sunday at Bridgestone, but for the third tourney in a row, he didn’t play well in the final round, following up a third round 63 that gave him a share of the lead with a final round 72, that left him in a tie for third place. A similar scenario also cost him at the previous week’s Quicken Loans, where Saturday’s 66 was followed by a disappointing 70 on Sunday. This has been Rose’s unfortunate M.O. for much of the season, as poor Sunday rounds took him out of contention at the Masters, the Memorial and the British Open. He’ll face an even bigger challenge at Whistling Straits, where he missed the cut in his only two outings in 2004 and 2010. But the stats tell a different story, as Rose is 7th in strokes gained tee to green, and 4th in total driving and ball striking. In the end, Rose needs to find a way to play well through the final 36 holes, so perhaps an average round on Saturday will let him save up some energy for a title run on Sunday.

The kid is clearly on a roll, jumping out to the first round lead at Firestone with a 65, then recovering from a disappointing 72-70 on Friday and Saturday with a solid 68 on Sunday to snare his fourth top-10 in his last five events. Fatigue may be a factor for the 25 year-old, as he has played 31 of 41 events in the last ten months and has taken just one week off since the U.S. Open. He’s struggled in his two major appearances this year, missing the cut at Chambers Bay and St. Andrews, and Whistling Straits could prove an even bigger challenge as Lee ranks 74th in strokes gained tee-to-green,146th in total driving and 131 in ball striking.

After playing poorly at St. Andrews, Watson bounced back with a pair of runner-up finishes in his last two starts and is coming to a course that should conjure up some good memories. He shot 68-71-70-68 at Whistling Straits in 2010, only to fall one stroke shy of champ Martin Kaymer in the four-hole playoff. But the real reason the two-time Masters winner is my odds-on favorite this week is that he ranks 37th in total driving, 27th in ball striking and 1st in strokes gained tee-to-green. Clearly, the planets are aligning for Watson to make a run on the back nine on Sunday.

After winning at St. Andrews, Johnson spent a lot of time at home, and was likely doing more celebrating than practicing, so it’s understandable that he was a bit rusty at Firestone, finishing T-33. He will undoubtedly be back to form at Whistling Straits, where he finished just one shot shy of the Watson-Kaymer playoff in 2010. Johnson ranks 48th in total driving, 37th in ball striking and 15th in strokes gained tee to green, giving him a puncher’s chance to claim his second 2015 major, quite possibly the only way anyone can derail Spieth’s bid for player of the year honors.

At 45 years-old, Furyk remains one of the Tour’s most consistent players, finishing in the top-five in 109 of his 540 career starts. He padded those numbers with a 4th place finish at the RBC Canadian Open and a T-3 at Firestone and also boasts top-5s at the last two PGA Championships. But Whistling Straits has proved problematic for Furyk. He missed the cut in 2004 and fell way out of contention in 2010, playing the final 11 holes in 7 over par. But the stats—85th in total driving, 50th in ball striking and 3rd in strokes gained tee to green—suggest he should play well this week. Of course, having won $65 million over his 22-year PGA Tour career, finishing in the top-5 might suit him just fine.

The 28-year old continued his solid season with a 5th place finish at the WGC-Bridgestone, his eighth top-ten of the year, so he’ll head to the PGA with some momentum. I think he can get into contention, but winning his first major might be a stretch, as he ranks 29th in strokes gained tee-to-green and 49th in total driving. Even so, another top-10 is well within his reach.

By most any measure, 2015 has been a very special year for Koepka. In 2013, he was playing on the European Challenge Tour, last year on the European Tour and now he is a regular on the PGA Tour.  Since his win in Phoenix at the beginning of the year, he has become an established player, and his T-6 at Firestone puts him on our radar as of one of the hottest players in golf right now. He’s also played well in the majors, posting a T-4 at the 2014 U.S. Open and a T-10 at this year’s British. Don’t be surprised to see him on the first page of the leaderboard come Sunday.

He continued his solid play off of his victory at the Memorial, chalking up a T-6 at the WGC-Bridgestone and finishing 3rd at the Quicken Loans.  But Lingmerth doesn’t have much experience playing majors—the PGA will be just his fourth start—and his best finish was T-17 at the 2013 U.S. Open. And his stats don’t bode too well for Whistling Straits: T-71 in ball striking, 52nd in strokes gained tee-to-green and 31st in total driving. But his solid play of late, and the fact that he won at the tough-as-any-major track at Muirfield Village, suggest he could be in the hunt for his first top-10 major finish.

*Off the GOLFstats player rankings, we determine the hottest players based on the last nine weeks on the PGA Tour. Keys to the system: